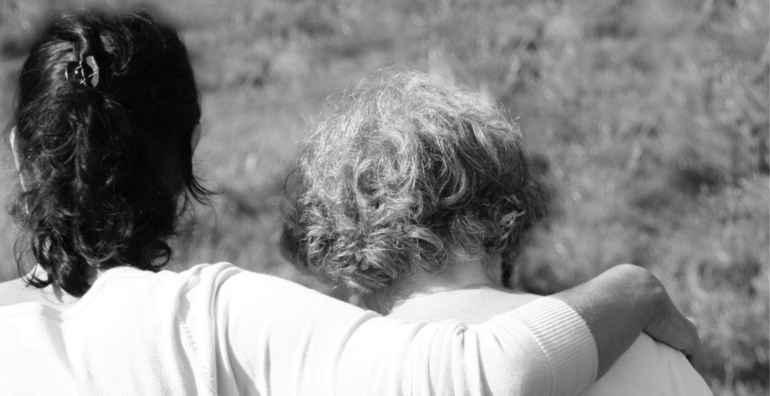 I just saw my parents after 13 months since Covid started, since they have now been vaccinated. I remember there being a blessing over seeing someone you are close to after not seeing them for a year. Can you tell me about this?

The Sages, who wrote the texts of the brachos that we recite, created a bracha called shehechiyanu, This blessing, which praises God for giving us life, sustaining us and enabling us to reach a given occasion, is something of a “multipurpose” bracha in that it is recited on a broad array of events. These include the various holidays, fulfilling mitzvos that are only performed at certain times, upon acquiring a new house or new furniture, seeing new fruit and hearing good news. This bracha is also recited upon seeing a friend for the first time after thirty days (Brachos 58b).

Now, this bracha isn’t meant to be recited every time someone runs across an acquaintance; the intention is only to be recited for a close friend, whose month-long absence is deeply felt with the result that the reunion gives one true joy (Tosfos, Brachos 58b, s.v. haroeh). This isn’t limited to one’s friends; it should all the more be recited when one is reunited with a beloved authority figure, like one’s parent or teacher (KSA 59:2). If you see several long-absent friends simultaneously, the bracha is only recited once. Both men and women recite this bracha and it may be recited even upon being reunited with a beloved member of the opposite sex (Kaf HaChaim OC 225:2).

Shehechiyanu is only recited upon seeing a friend one has actually met in person. If one has a pen pal, he would not recite shehechiyanu upon meeting him for the first time (Shulchan Aruch OC 225:2). This is an especially relevant detail nowadays, seeing how many relationships are formed online.

While shehechiyanu is recited after thirty days, things are different if one hasn’t seen a friend for an entire year. In such a case, one recites the bracha of mechayeh hameisim, that God revives the dead. The reason for this is because after twelve months, one has completed mourning for the deceased and one gives up looking for a lost object. Accordingly, one has emotionally despaired of seeing an absent friend after a full year, making mechayeh hameisim the appropriate sentiment.

The practice regarding the recitation of mechayeh hameisim has evolved over the centuries. In Talmudic times, if your friend traveled abroad and you didn’t see him for a year, you had to consider the realistic possibility that he might have died. The bracha was recited upon learning that such was not the case. Accordingly, if one heard from his friend during the course of the year, or if one received word of his friend’s wellbeing from a mutual acquaintance, he would not recite mechayeh hameisim upon their reunion because he was already aware that the friend was still among the living (Mishnah Brurah 225:2). One would, however, recite shehechiyanu (Kaf HaChaim 225:4).

Dynamics are different now. Even if one’s friend lives in a different state or overseas, we would expect to hear if someone in our circle of friends had died. According, while “no news” meant the possibility of death in former eras, it means the opposite in our generation.

The reason that hearing from an absent friend precludes saying mechayeh hameisim but not shehechiyanu is because the reasoning underlying the two brachos is different. Mechayeh hameisim is recited for learning that a friend is still alive; hearing from the friend accomplishes that. Shehechiyanu is recited because of the joy of being reunited with one’s friend; one still feels that joy even if he received letters or email during their separation (Aruch HaShulchan OC 225:2). Rav Ovadia Yosef (Yechave Daas 4:17) says that this applies even to speaking on the phone or seeing the friend on a live TV feed, so it would presumably apply to FaceTime, Skype and Zoom as well.

The practice to recite a bracha upon being reunited with a close friend is no longer as common as it once was. Some authorities (Riv’vos Efraim, Piskei Teshuvos, et al.) suggest that this is because reciting a bracha upon seeing a friend evolved into a way to flatter others insincerely. Nowadays, there are different opinions as to whether shehechiyanu should be recited upon seeing a friend after a long absence, some suggesting that perhaps one should do so without God’s Name and the mention of His sovereignty (see Kaf HaChaim 225:6).* Accordingly, the appropriate course of action would be to consult with one’s own rabbi for guidance. (This should be done before the situation actually arises since failure to recite the bracha at the appropriate time will pretty much settle the matter for you.)

*If one doesn’t understand the significance of omitting of God’s Name and sovereignty, we discuss a similar issue here, which should help to clarify things.