While Orthodox Jewish male headcoverings are pretty easy to spot, married Orthodox Jewish women’s head coverings range from more to less subtle, depending on the style choice and community the woman comes from. Well-done wigs, hats, and falls might not even be spottable, whereas snoods and turbans stand out from a mile away. The meaning behind the covering is significant, no matter how the woman choices to do so. Here’s a short guide that sorts most of the options. These are generalities – different communities’ traditions may vary, and we certainly won’t claim to know every nuance to every head covering. Let us know in the comments below what your experience has been. 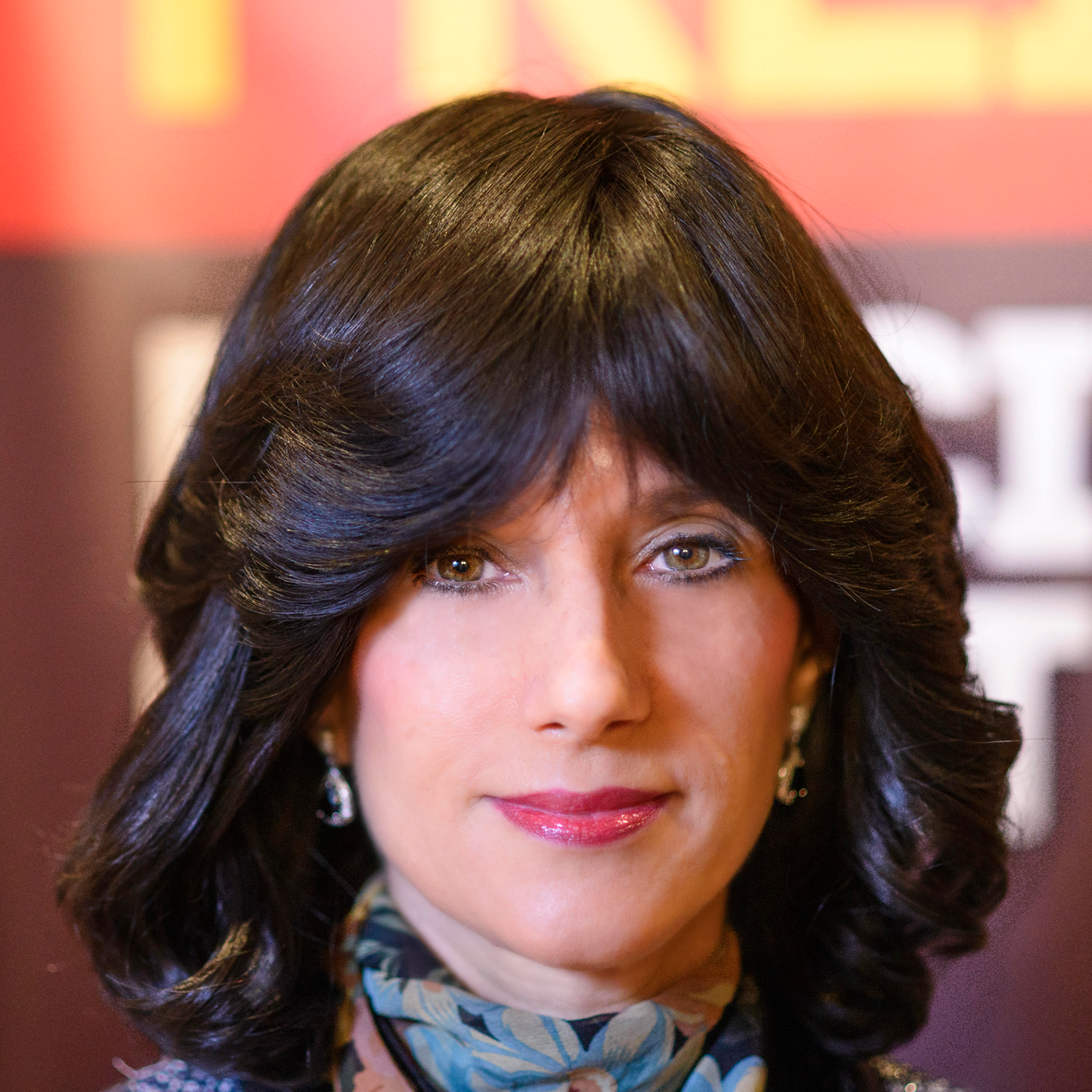 Wigs run the gamut from very structured and false looking, to natural and soft looking. From lace fronts and tops to multi-directional tops, there is a wig for nearly every different community on the Orthodox spectrum. While the most modern communities might “pull some hair out” to soften the hairline, others rely on incredible technology to mimic baby hairs at the hairline, thin the front of their caps and cut bangs for verisimilitude. The more insular communities encourage wigs that look more wig-like, with short cuts and in Hasidic circles, some cover the wig additionally with hats. 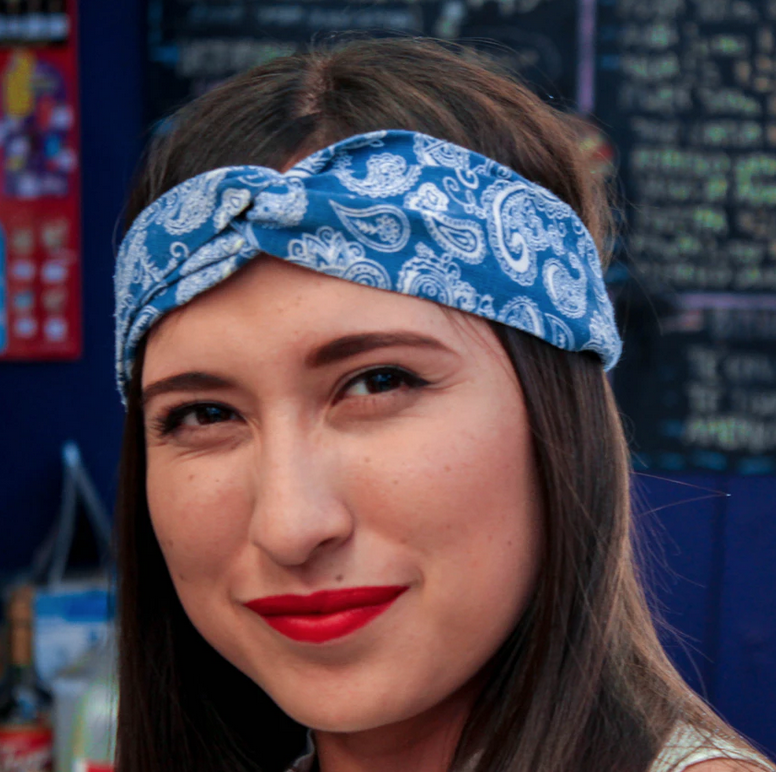 This partial wig allows for a headband, scarf or hat to cover the hairline, while the wig hair peeks out from behind said accessory. It is very popular among the Modern Orthodox, Yeshivish and YU communities, although it transcends sect and trends more towards younger wearers (headband- style), although this is by no means universal. It is also a great option for working out, especially as a pony fall, as evidenced by the popularity of Wunderwig and wearers like Marathon Mother and Olympic hopeful Beatie Deutsch. 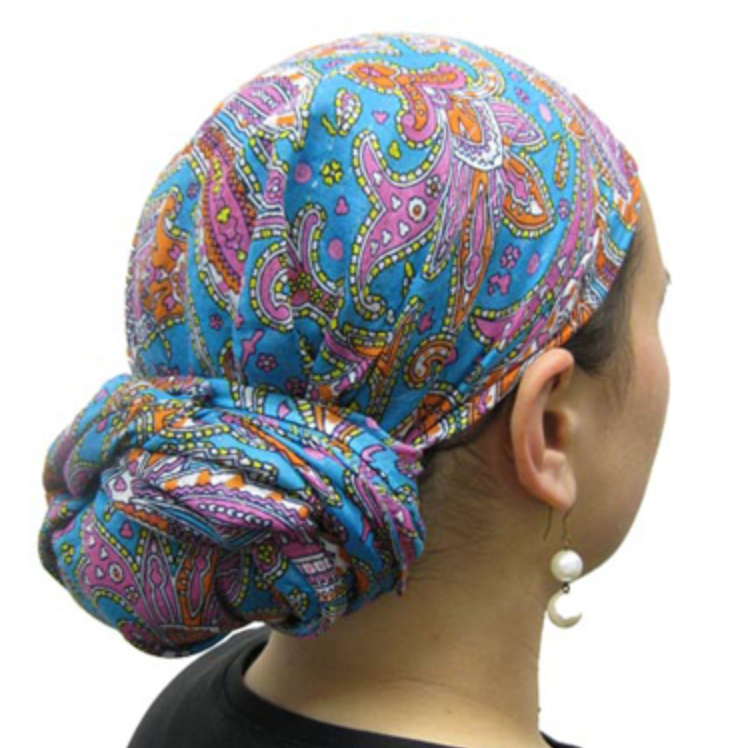 The Yiddish word for scarf is also referred to as a mitpachat (head covering) in Hebrew. While its most commonly seen in Israel due to its Sephardic influence, it is popular worldwide with women in all different communities, either because they also don’t believe in wearing wigs or it’s just another style choice they enjoy. More Modern Orthodox wearers might show an inch or more of their hairline in front of the scarf, while more right-wing Orthodox women may wear theirs tight to the hairline, with or without a “bobeau” or volumizer underneath. This can add dimension to the wearer’s head and tend towards the subtle (she must have a great head of hair under there) to the extreme (Erykah Badu fashionista).

This “one and done” bandana with a bit of elastic sewn in often has tails of varying length meant to be tied or left to trail down the neck. Once immensely popular in the Yeshivish community, they are still quite popular in Israel but less-so in the United States. Often, the fabric itself will feature a pattern, or else the Bandana will feature a design (sometimes out of rhinestones), meant to be worn above the wearer’s face.

While this was a more universally popular choice at one time, it is now mostly worn by the Modern Orthodox Community and Sephardic women who don’t believe in wear wigs. These can range from the elegant and shul-appropriate (thank you for the style inspo, Duchess of Cambridge!) to the casual beret or oversize baseball cap or fedora. These looks can also be paired with a “hat fall” for a specific look that is very comfortable for women in the Northeast, who love to have an extra layer of ear covering in Winter.

Once a standard in Medieval noblewoman’s wear, they are now known outside of the frum world as a Renaissance Faire prop or a lunch lady accessory. In the Orthodox world, they are neither, as they now shine in a variety of sequinned, chenille and luxe crocheted yarns. Whether adjustable or not, some look similar to berets in terms of size and shape and others are longer in the back. Very popular in the Yeshivish and Hasidic community, they are also present in the wardrobes of other sects.

This hip-hop and snow bunny inspired accessory is now the most comfortable headcovering in the Orthodox Jewish world and can be worn simple (t-shirt and modal fabrics) to ornate (rhinestone-studded or topped with an oversized faux fur pom pom). Popular in a variety of communities from Modern to Yeshivish, some will also wear them with a fall beneath for extra glam looks and full coverage.

This combination is worn by Hasidic ladies from more insular communities, such as Satmar, Belz, Viznitz, and Skvere. Hats are often in the Jackie Kennedy pillbox style, and sheitels are often short and straight with bangs (featuring very high-quality hair!) This extra layer of coverage is similar to the men’s headcovering maxim among Haredim that the extra covering is extra holy, showing double the respect to God.

This yiddish term refers to the tiny “bangs sheitel” that many Hasidic women wear attached to their turban. While some look quite natural, others do not, but the point is that the can mimic the look of having hair out, while not sacrificing a bit of coverage.

From Sarah Jessica Parker to Beyoncé, turbans have become popular in secular fashion in recent years and can look both exotic and no-nonsense at the same time. Some styles are more fashion-forward (see the scarf/bobeau reference above) and favored by the more Modern communities. The more cone-shaped styles are a favorite of Hasidic women, especially as their alternative headcovering to a sheitel (while yeshivish women may wear a snood more for this reason).

This Orthodox Jewish Organization Provides Education and Support For Addiction