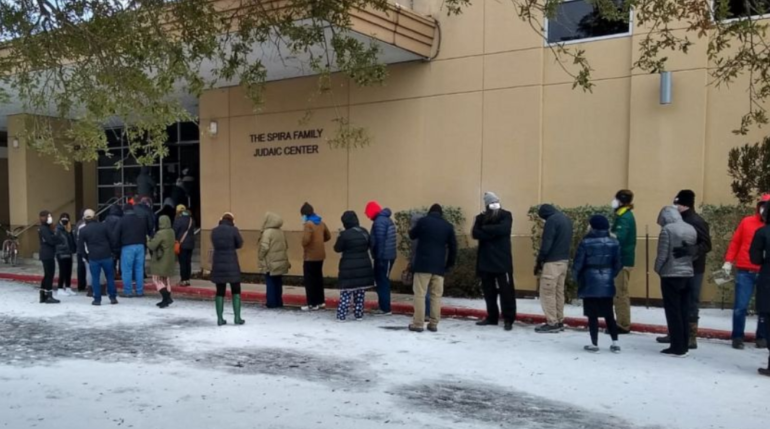 When more than 5,000 frozen vaccine doses faced expiration after a brutal winter storm cut power, a hospital faced a dilemma of how they could organize people to receive the shots. With a ticking clock, and hazardous driving conditions due to the snow, Houston Methodist Hospital had to find a place that was accessible by foot and had room to host large numbers of people. A Jewish doctor at the hospital reached out to Rabbi Barry Gelman, the spiritual leader of United Orthodox Synagogues. Immediately, the rabbi went to work in getting the word out via WhatsApp and emails. With dozens of people immediately volunteering to help, the social hall had set up check-in, vaccination and monitoring zones as people lined up around the building. From the time of the initial call to Gelman, it was less than two hours until the first shots were given. After she was vaccinated, a woman asked Gelman “How can I thank you?” The rabbi said half-jokingly, “You could join the synagogue. She said, ‘Well, I’m not sure my priest would approve.’” Read more here.

How Instagram is Giving Orthodox Jewish Women a Place to Sing