When he watches news unfold from Washington DC,  Rabbi Abraham Unger keeps one hand on the US Constitution; the other on his Talmud. “Both are focused on equality, justice and building community,” he says. 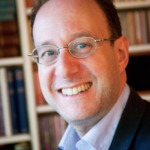 No one knows that better than Rabbi Unger who holds the novel distinction of being both a political science professor and an Orthodox Rabbi, making his official title Rabbi Abraham Unger, Ph.D. At Wagner College on Staten Island, he serves as both a professor and the campus Rabbi.

In wake of the violence at The Capitol this week, Rabbi Unger shared his unique perspective with Jew In The City.

“Violence is the line in the sand when it comes to any form of expression, whether political or not. From both a secular and a religious perspective, there’s no difference in values here,” he says.  “Once windows start getting broken, a fundamental moral line has been crossed.”

This is where American law and Halacha are on the same page, he says.

“The big picture obviously is the Rule of Law, which the Constitution and the Talmud share in common as their foundational principle, he says. But, on an even more basic level, we can’t sustain a working, stable society when there’s violence in the streets. Democracy isn’t just big ideas. It starts with feeling safe.”

Rabbi Unger then offered two things that you may have missed on the evening news; nuance and empathy.

“As we gain some hindsight, we also have to recognize there’s a deeper story here,” the Rabbi explains. “There are two Americas right now, and each half of America feels disenfranchised. Neither feels it has access to decision-makers or a voice.”

The solution, says the Rabbi, is mutual respect. He says, “If the two Americas of 2021 are to become one America again, we need to start with abandoning all of our old, fixed loyalties to one policy or another, and just ask, what is needed right now so that all feel they are heard and embraced for their whole selves?”

For the answer, Rabbi Unger taps into his dual expertise as a secular academic and a Torah scholar.

“Just as the Torah and the Constitution promise, dignity and equity – that’s all any person is ever asking. We have work to do as a country, because if we don’t, our two Americas will stay that way,” he says. Violence only destroys. Smart politics requires faith. Judaism teaches that we pray as much for ourselves as we do for G-d. Right now, we need to have faith in ourselves.” 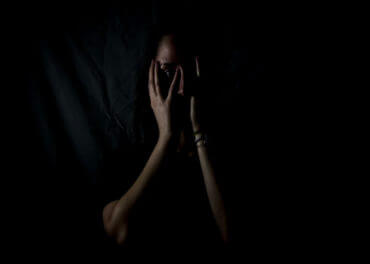 Fayga Leah Landau on How Not To Fear The Yomim Noraim