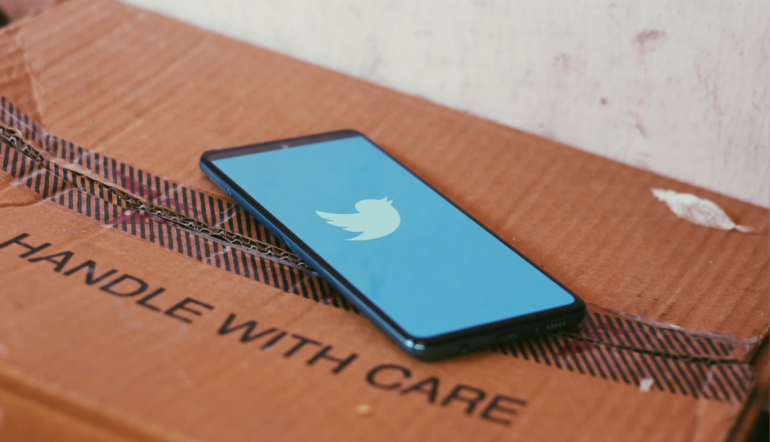 On a walk over the weekend, I had to cross a busy intersection. I hit the pedestrian walk button, the sign lit up, and I was cleared to go. As I was making my way to the other side, a woman in a car in front of me was attempting to make a right turn. Apparently, I was slowing her down and she felt the need to open her window and yell at me, “You don’t have the right of way, sweetheart!”

Her accusation was simply false. I very much DID have the right of way, but I realized that maybe this woman hadn’t seen the walk sign. Maybe she was only looking at her traffic lights that gave her the right to turn on red. She was so sure she was correct, but she hadn’t seen the situation from my vantage point and therefore, she only had part of the story. And if I’m going to be honest – I didn’t have her vantage point either. Maybe she saw a different light on the pedestrian sign from where she was sitting. Maybe the lights were incorrectly coordinated, so we each believed we had the right of way and the other was wrong.

This is why, according to Jewish law, in a case where capital punishment is on the table, two witnesses must see the crime from committed from different angles – different perspectives. We can be so sure that the truth is as clear as the light of day (or the traffic light in front of us), yet our limited perception gives us only part of the story.

The surety with which this woman chided me really ticked me off. I repeated her obnoxious remark in my head over and over again, as I made my way home, and as I turned onto my block, I realized that this is the state of U.S. politics today. Most people only have their vantage point. Most people decry their political opponent as being terribly off course. Most people are smug in the certainty of their correctness, but really we could all use some humility right now. A little less certainty that any of us have the whole picture would do a whole lot of good.

There are obviously lines in the sand – violence as a valid means of expression should ALWAYS be off the table and should be condemned by all good people all of the time. The perpetrators of said violence should be punished to the full extent of the law,  and credible threats or organizing of violence should be swiftly reported to law enforcement.

But in the space of words and ideas, it is a travesty to shut them down simply because we are certain they are wrong.

Some of the disenfranchised members of the Orthodox world have come to our program, Makom, in part because the powers that be in the the circles in which they grew up in silenced people through social pressure. There have been and continue to be violent, authoritarian regimes, throughout the world, where liberty is limited and only certain people get to control the narrative and even speak freely. If we want to be able to see different angles, we must be able to talk about what we see.

“But what about the crazy people,” you ask? “How can we let them have a voice?” We need to train ourselves and our children to be critical thinkers. Like I wrote about when a congressman admitted to proudly prosthelyizing Jews, we should not expect a Christian to stop being Christian or attempt to silence him. We must simply teach Jews how to respond to claims we find false.

That is how we must handle conspiracy theories and comments we don’t like on the internet and in real life. I have now read from friends on the right and on the left that the violence at the Capitol was a set up because the doors to the building opened so easily. Of course both sides believe the evil, nefarious people who let the rioters into the Capitol to commit acts of violence and destruction were their political enemies. There are also those on both sides who also believe that there’s a logical explanation for why the doors to the Capitol were opened. People should get a chance to exchange ideas, offer evidence, ask pointed questions and try to get to the truth. When conversation is stunted, none of that happens.

There is no notion of “free speech” in Judaism like the U.S. has with the First Amendment coming from a government position. Sometimes, we are commanded to self-censor, if our words are hurtful simply for the sake of being mean or if we want to gossip for an idle reason. Sometimes, we are commanded to speak: if are words can prevent some harm coming to another person, the Torah insists that we use them.

If we look to our holy texts, like the Torah, the Prophets, and the Talmud, we can get a better idea of what the authors thought of censorship: leaders are shown with their foibles, gruesome details included. And when it comes to the Talmud, we are privy to a very long, stream of consciousness conversation, eavesdropping, as it were, in an ancient study hall. Sometimes extreme and astounding perspectives are included in the conversation, but allowing for all opinions to come forward means that the most salient and reasonable ones can argue their way to the top and the most ridiculous and tasteless ideas can be shot down.

I’ve been reading Mishlei (Proverbs) recently, and Shlomo HaMelech’s (King Solomon’s) greatest wish is for wisdom. In our modern day society, people yearn for all sorts of attributes and acquisitions. Wisdom is not very high on the list. But maybe it should be. Maybe we should support the open exchange of ideas, learn to critically think, and pray for wisdom and understanding.

We might find ourselves crossing into a much more desirable world at that point.