If God Himself made open miracles to tell you that it was time to return to the land of your forefathers would you listen?

The Biblical commentator Rashi asks (on the first verse of parshat Yitro) what it was that Moses’ father-in-law, Jethro, heard that motivated him to leave his homeland and idolatrous proclivities in order to join the nation of Israel during the Exodus from Egypt? Rashi answers that upon hearing of the open miracles of the splitting of the Red Sea and the victorious war with Amalek Jethro was convinced.

Rashi’s question has never been more applicable to our people still engulfed in the Diaspora. His question should pierce our hearts and minds:  What do we need to hear to extract ourselves from this galut?  What do we need to see to make the decision to return to our land, and bask in a spiritual completion which would be the envy of prior generations far greater than ours?

Discernable miracles which discriminate in favor of our people? Check.

The ingathering of our brethren from the four corners of the Earth? Check.

A land that laid fallow for two thousand years that bloomed upon our return? Check.

The establishment of a tiny Jewish State that has become an economic juggernaut? Check.

And yet 54% of our people remain scattered.

Why? I believe that the answer is embedded in Rashi’s question. We choose not to see or to hear G-d’s knocking. We choose to ignore the tapestry of seemingly disparate world events that have coalesced to trigger the rebirth of our people – events that are literally unfolding before our very eyes.

But, life is too short. In the precious time we spend on this Earth, the decisions we make as individuals and as a people will have an eternal effect on Jewish history. And I believe that each person who chooses to end his personal galut and establish himself in the only Land we can truly call Our Own, affects – and betters – future generations.

Making Aliyah is not easy. Coming to a country where speed limits and road signs are mere suggestions, takes acclimation. LA country in which government services are readily available to its populace…. every other Monday, Tuesday and Thursday, from 8:30am – 10:00am, and then from 1:00pm to 3:00pm– in months that begin with a vowel – takes acclimation. (And please remember that government agencies have a mandated coffee break which randomly rotates during those “hours of operation.”) Oh yes, its takes some acclimation. And courage.

But there is no place I’d rather be, because for all the detractions, Israel remains the one place on earth where holiness is readily celebrated by most of its citizenry, where values are still taught to children, where the synthetization of the physical and spiritual is commonplace, and where the Neshama finds the potential to spread its wings ever wider, enabling each one of us to soar ever higher.

Which brings me back to Living.

When my wife and I decided to move our family to Israel, a major part of the decision was about living our lives to their utmost potential – of concentrating our contributions to the benefit of humanity in whatever way He intends, all from a home country whose very essence acts as fuel to a people built to Perfect His World. In Israel, we find true Peace. In Israel, we find completion.

In a world gone mad, where traditional religious values are held to contempt, wouldn’t you rather be on the frontlines in making Jewish history, and not watching it unfold from the sidelines in your Diaspora?

YOLO.  You Only Live Once.

It is time to come home. 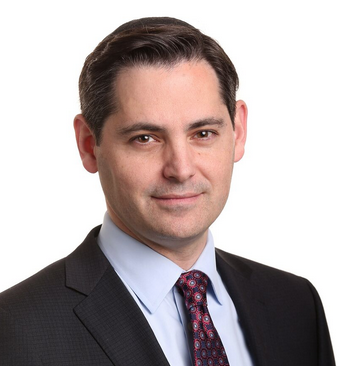 Y. M. Marcus is a financial advisor and investment manager, specializing in serving global families (especially olim) and entrepreneurs in New York and Israel. He is the former Mock Trial Head Coach at the Torah Academy of Bergen County, having won the NJ State Championship in 2005 and multiple Bergen County Championships over his tenure. He lives with his wife and three children in Chashmonaim.