With clients like Oreo, HBO, Absolute, and Bose, this world-renowned CEO of Digital Ad Agency, 360i, is an Orthodox Jewish All-Star for good reason. Sarah Hofstetter was raised observant and day school educated. She may have started out as a New York Times editorial assistant, but has grown to become one of the foremost names in the Ad Industry. She was awarded a spot this year on Adweek’s Top 100 Power List in addition to being inducted into the Word of Mouth Marketing Hall of Fame, while 360i was named Top Lead Agency by Forrester Research and was honored in Ad Age A-List Issue for 7th Straight Year. Not only is she rare as a female CEO in the male-dominated Ad Industry, but as an observer of kosher and shabbos laws, she stands out in her determination to uphold the beauty and rigors of her Orthodox Jewish life. 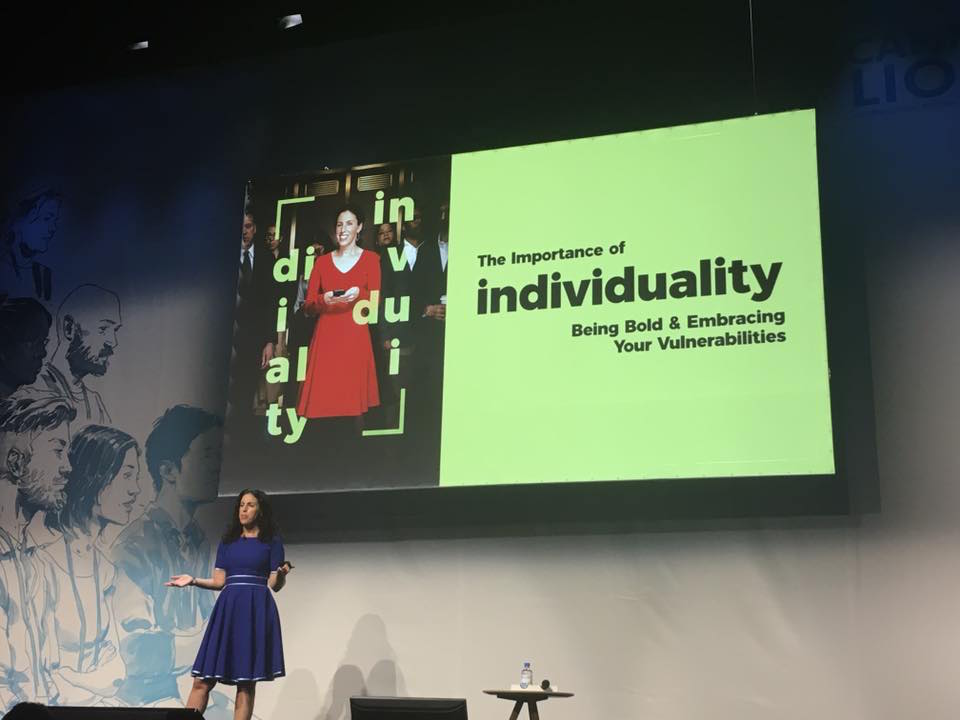 She recently spoke at the prestigious Cannes Lions festival of creativity, on the topic of The Importance of Individuality: Being Bold and Embracing Your Vulnerabilities. “In a sea of similarities, being different is often your greatest asset. Harnessing the power of perceived vulnerabilities is what was discussed.” Other presenters at the event included Helen Mirren, Sheryl Sandberg, Ron Howard, and Jeffrey Katzenberg. The Cannes Lions summit attracts similar star-power to the world-famous Cannes Film Festival, held one month prior across the Cannes Croisette.

“The purpose of the speech was to give people the confidence and comfort to look in the mirror and take a fresh perspective about themselves.” Hofstetter speaks from experience as that she excels at wearing two seemingly diverse hats, that of Orthodox Jewish wife and mother, and CEO of one of the most respected Ad Agencies in the business. “For many years, I thought that being an observant Jew was a liability – having to leave work early on Friday, not being able to eat out with colleagues and clients – there was always a divide and it made me insecure, and felt like a competitive disadvantage in the marketplace. It took some time, but I came to realize that my perceived liabilities – my religion, my gender and my lack of prior agency experience – were really assets.” Nowhere has that had a more profound impact than with the observance of Shabbat, which Hofstetter says defies limitations. “Shabbat is all about the things I CAN do – enjoy my family and friends, reflect on how fortunate I am, take a nap, drink some wine without distraction. Being kosher gives me memorable experiences with clients and colleagues alike. And my lack of agency experience means I’m unencumbered by legacy and get to build an agency based on what’s right for today – not what used to work decades ago.”

Hofstetter’s determination has come from years of hard work, in addition to a family legacy of it. “My grandparents were both Holocaust survivors who survived Auschwitz. That grit, resilience and perseverance is ingrained in me.” As someone who is frequently quoted in the Wall Street Journal and New York Times, she now lives very close to where she grew up in the Five Towns. “The idea that I can work and also raise a family was [ingrained].” Hofstetter’s mother and grandmothers all worked. “I think that I’ve had lots of female role models, at minimum in my family and certainly throughout my career.”

Hofstetter’s religious goals have never gotten in the way of her success. The reaction has been largely positive in the reaction of clients and colleagues “who appreciate a values-based environment.” Hofstetter is careful to never take advantage and goes the extra mile for her clients the other six days of the week. “It’s a privilege to be able to have that flexibility. My grandparents did not grow up with that.” Her employees and co-workers enjoy a company-wide attitude of understanding about family, religious and social pressures and she is open to helping them master that balance. Hofstetter is especially proud of how her Shabbos observance impacts her work-life positively. “I recommend Shabbos for everyone. I don’t care what your religion is, I think that Shabbos is something that is a fantastic mental break and an opportunity to reconnect…It allows you to focus on the things that are important.”

On being an Orthodox Jewish All Star (and now a member of the Jew in the City board), Hofstetter is just as determined in her mission. “My entire family is really proud of me. In striving to be successful as an Orthodox Jew…[and having] the ability to be able to not have to give up your values and still being able to do good PR for observant Jews is incredibly important.” Of course, this is a responsibility that falls on the shoulders of every frum Jew, and not just the ones already in the spotlight. “We’re spokespeople whether we want to be or not…It put an even greater sense of responsibility on me to make sure that I am representing well.

The Orthodox Jew Who Marched With Dr. Martin Luther King

The Orthodox Jewish EMT Who Saved A Nazi Supporter

L.A.'s Kosher Taco Obsession & Other Orthodox Jews in the News