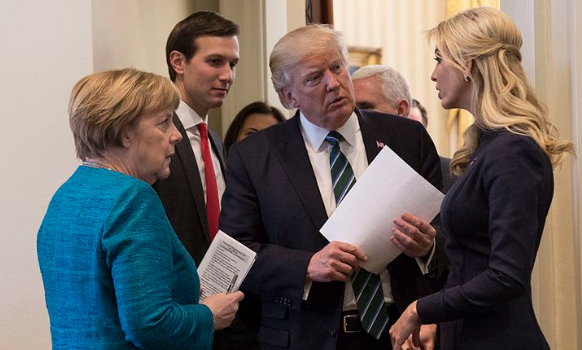 Does Flying On A Plane On Shabbos Make You Not Orthodox?

On Friday morning, I opened up Facebook and read that Jared and Ivanka Kushner were going to be flying to the Mideast with President Trump that night on the Jewish Sabbath. A spokesperson for the couple said they had gotten approval to do so from a rabbi. As I read through the comments of several posts, I started noticing the strangest thing: Many people who are not experts in halacha (Jewish law), some not even observant themselves, proclaimed the couple “Sabbath desecraters” and snidely critiqued their obvious lack of observance. However at the same time, I saw several Orthodox rabbis defending Jared and Ivanka’s decision to fly on Shabbos.

Besides the fact that judging anyone else’s religious observance (no matter how much we agree or disagree with their politics) should be off the table, it was clear that in this case and many other cases of halacha, Torah scholars are more aware than the average Jew of possible leniencies. This comes up all the time for questions relating to kosher, mikvah, shabbos, etc. I was also reminded of my childhood, when we would drive on Shabbos and see Orthodox Jews walking nearby. My family and I would scoff, “What fools! Don’t they know that Shabbat is about resting? Driving is clearly less effort.” In our smug ignorance, we had no idea what “resting” on Shabbat actually meant. We were so sure that we were much more clever than those Orthodox Jews.

To clarify some of the halachic and historical reasons why many rabbis were defending Jared and Ivanka, we asked Rabbi Professor Jeffrey Woolf who teaches in the Talmud Department at Bar Ilan University, received semicha from Rabbi Joseph B. Soloveitchik and his PhD in Jewish History from Harvard to share some thoughts:

Over the past two decades, an increasing number of Orthodox Jews have assumed positions of responsibility within the United States, at all levels of government. Inevitably, questions arose as to how each person would handle the inevitable conflicts between the demands of office and the careful observance of Jewish Law, which Orthodox Jews view as Divinely mandated. These include the dietary laws (Kashrut), patterns of interpersonal interaction, holiday observance, the prayer regimen and more. Of special concern and interest has been the issue of Sabbath observance. Shabbat, as it is known in Hebrew, is a weekly island of spirituality and repose, which is carved out of daily life (and preserved) by an elaborate series of restrictions. Some of these restrictions are viewed by Jewish Tradition as growing out of the Bible, and may only be violated to save a life. Others, for a variety of reasons, were legislated by the Talmudic Sages who, in turn, derived their authority from the Bible (Deut. 77, 8-11). However, let there be no misunderstanding. Shabbat observance is one of the hallmarks of Traditional Judaism, and is an affirmation of everything the Torah represents.

Hence, Orthodox Jews in public office have always extraordinary efforts to adhere to the Laws of Shabbat, even as they fulfill their public responsibility. Thus, Senator Joseph Lieberman famously walked long distances from his home to the Senate on Shabbat for pressing votes, so as not to use his car (which involves Biblical prohibitions). Congressman Ted Deutsch and Former Treasury Secretary Jack Lew, among others, acted similarly.

Simultaneously, there are times when the conflict between observance and public responsibility cannot be avoided. In cases of life or death, the Torah commands that Shabbat be set aside to the degree necessary to save lives. This is the guiding principle of the Israel Defense Forces, and the reason that ministers in the Israeli government sometimes violate Shabbat in an emergency. Most such cases, though, are far less dramatic and occur when pressing demands of the public welfare require the attention of the public servant who is also an Orthodox Jew. The individual is then allowed to violate rabbinically legislated restrictions. This is not because a ‘dispensation’ is given (a Catholic term that has no place in Judaism). Rather, Jewish Law maintains that when these rules were enacted, very limited exceptions were built in for extraordinary circumstances and/or persons.

One of these rare exceptions is for a person who fills a key, even unique, position in a Gentile government. Such an individual is described as being Karov l’Malchus (Literally, ‘close to the King or Kingdom’). Originally, this referred to Jews who occupied positions of trust and authority vis-à-vis a king (whether official or unofficial). Since their unique status required them to make themselves available to the ruler, they were allowed to violate various rabbinic prohibitions. The commentators offer different reasons for these exemptions. Overall, they amount to a recognition that a Jew in high government office has the ability (and the obligation) to do good for the community, and to prevent harm.

Jewish history is full of examples of such public figures, who served their Kings and their People. There were the courtiers of Muslim Spain, Hasdai Ibn Shaprut and Shmuel HaNagid. There were the Court-Jews of the early modern era, such as Josselman of Rosheim. All of these people acted according to this patur. Indeed, there were Halakhic handbooks written in medieval Spain for just such unique individuals.

For the past few months, there have been persistent social and electronic media discussions of religious choices made by Ivanka and Jared Kushner. Actions that they took, apparently with rabbinic input, seemed to many to be an arrogant flouting of Torah Law. Without addressing the details, as I am party to none of them, it is crucial to realize that their actions can be understood and justified within the parameters of the unique status of Karov l’Malchus, a position that they certainly hold. Based upon reports in the media, none of the things that they have done when serving the President on Shabbat have involved Biblical infractions (being driven to a location by a non-Jew, flying on a plane over Shabbat etc). One could, of course, legitimately wonder whether all of these were absolutely necessary, or avoidable. These are questions that the Kushners alone, and their rabbi, can answer. If they asked a Rav, they are allowed and obliged to follow his ruling. The fact that they asked in the first place is proof of their loyalty to Torah and to Shabbat.

A final point – many of the Jared and Ivanka critics have raised one valid concern in my mind: their different set of circumstances could make Shabbos observance for the average person more difficult as bosses could say, “but Jared and Ivanka flew.” To that I answer, “so then it is up to us as a community to publicize the concept that Karov l’Malchus is within the framework of Jewish law. If any of us ever ascend to such high positions in a non-Jewish government, we too might have more leniences on which to rely.”