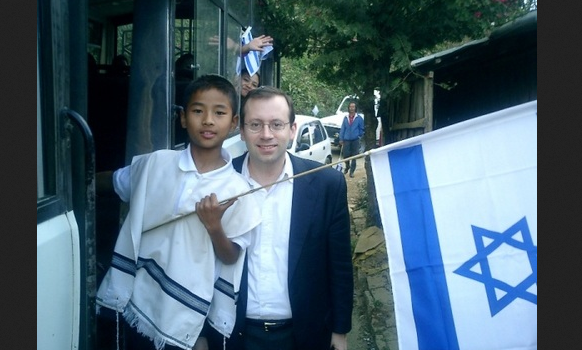 Thousands of years ago our prophets spoke of a day when Jews, who had been exiled and spread around the world, would gather and return to the land of Israel. A man named Michael Freund, founder and director of Shavei Israel, might be helping to bring this millennia-old navuah to fruition. Shavei Israel, which means “those who return to Israel” is a Jerusalem-based organization which assists lost Jewish communities who seek to return to the Jewish people. From Poland to Peru, Brazil to Belarus, people are suddenly discovering their Jewish roots and looking to come home. 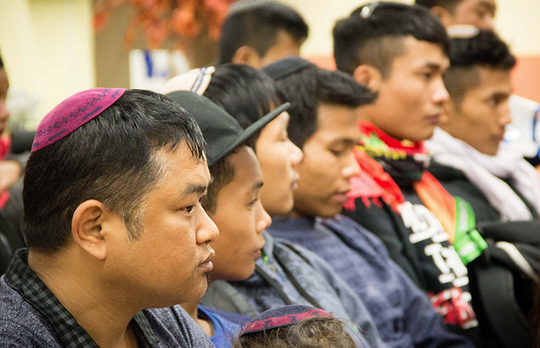 Freund made aliyah from New York and worked for Benjamin Netanyahu in the Prime Minister’s office in the late 90’s. “I was the Deputy Communications Director. One day, a small, crumpled orange envelope arrived…from a community in Northeastern India.” It was the Bnei Menashe who claimed that their ancestors were from Dan, one of the ten lost tribes that were exiled more than 2,700 years ago by the Assyrian Empire. They appealed “to be allowed to come back to the land of their forefathers.”

At first, Freund thought the idea was crazy, as that “it didn’t fit with the…perception I had grown up with in the New York area of what Jews look like, act like and where they live.” But there was something sincere about the letter. The Bnei Menashe had been writing to Israeli Prime Ministers since before Golda Meir and had never gotten a response.

Freund traveled to India and became more aware of their history, traditions and customs. “I became persuaded that they are in fact descendants of a lost tribe of Israel who managed somehow, with great faith and determination, to cling to their Jewish identity and preserve it.” Freund was upset by the fact that no one was doing anything to strengthen their bond with the Jewish people. “That’s what prompted me to start Shavei Israel 15 years ago, reaching out to descendants of Jews and helping them to reconnect to their heritage. 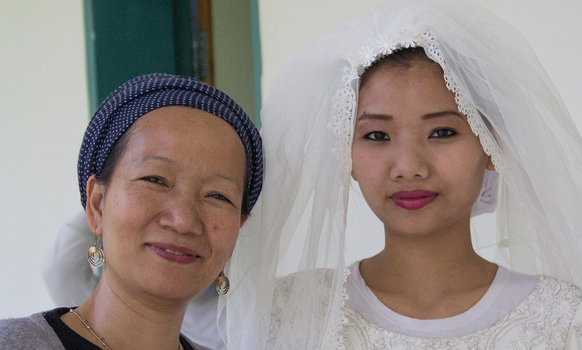 The Ethiopian community was formally recognized by former Chief Rabbi Rav Ovadia Yosef z”l in the 1970s as an official part of the Jewish people, while the Bnei Menashe were not discovered by British settlers of India until recently. “The Vilna Gaon once made comments on the Shemonei Esri’s Gaal Yisrael prayer is a reference to the ten lost tribes of Israel and even mentioned that some live in Eastern India.” The British were astonished to find that these people “believed in one God whom they referred to by the Hebrew word ‘Ya,’ kept kosher, kept the Sabbath and festivals, family purity…and spoke of a far off place called Zion where they dreamed of returning.”

While some had converted to Christianity, there was a core group that refused to abandon Judaism. Shavei Israel has brought over 3,000 Bnei Menashe to Israel, with another 7,000 waiting to come. Rabbi Shlomo Amar has publically acknowledged them as children of Israel but encouraged them to undergo a formal conversion process. To this day, every Bnei Menashe undergoes a conversion that is overseen by the chief rabbinate of Israel. 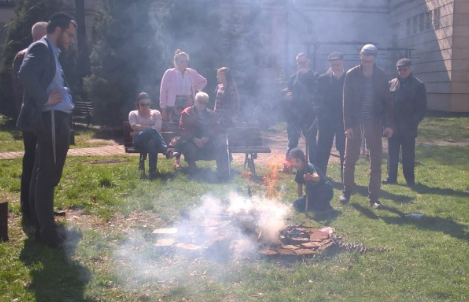 The Bnei Menashe have embraced Modern Orthodox Judaism throughout the communities in India in which they reside. “Their faith is a real one. Their knowledge and practice of Judaism is deep and sincere, and when we do bring a group on Aliyah, they are able to complete the conversion within a month or two of arrival. They’re not… starting from scratch. They are living and breathing Judaism in Northeastern India.”

Freund notes that in the last dozen years there has been an explosion of long lost Jews from all over the world popping up, looking to reclaim their Jewish birthright. He said there is no economic, geographic or social trend that unites these seekers and notes, “We’re living in a very special time period where the Jewish people have begun to gather back into our ancient homeland, which is exactly what the prophets foretold. But in addition, we are also seeing the beginning of the return of the ten lost tribes of Israel.” Most modern Jews we know are descendants of Yehuda. The lost tribes around the world were exiled before Yehuda was. The prophets speak about how “Judah and Israel will be reunited. Every morning during shacharis, we ask God to redeem Judah and Israel.” Perhaps this marks the next stage in the redemptive process. 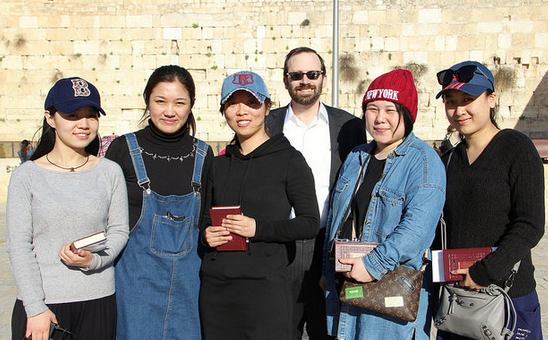 The Chinese Jews of Kaifeng are another group that Shavei Israel helps (they are active in 15 communities worldwide)! There was a Jewish community that was established by Sephardic Jewish Silk Road merchants under the Song Dynasty. In 1163 they built a synagogue and had up to 5,000 Jews living there. They did not face anti-Semitism, so “a process of intermarriage and assimilation set in and their synagogue was destroyed by flood.”

There are still about 1,000 people in Kaifeng who look Chinese but have Jewish heritage and many of them are interested in finding out more about their Jewish heritage. Shavei Israel has helped a large group come to Jerusalem. “Sometimes a person feels an inexplicable pull towards Judaism and doesn’t understand why they feel that way. In many cases, it leads people on a spiritual journey to Judaism and sometimes [even after] undergoing a conversion, they discover Jewish ancestry in their family tree.”

Shavei Israel also works with lost Jews of the Ho 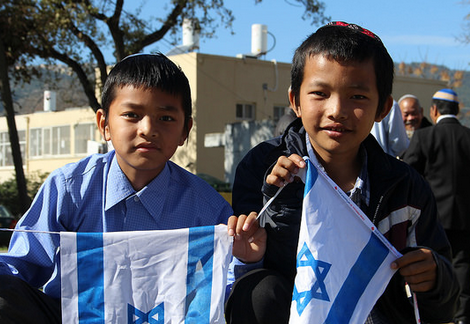 locaust in Poland, like the man who was driving Freund and his group to Auschwitz and burst into tears as they approached. He revealed that his mother told him he was a Cohen upon her deathbed, 13 years prior. Shavei Israel celebrated his Bar Mitzvah with him, and he gave the Priestly Blessing for the first time at the Kotel. “We have a historical, moral and religious responsibility to help fulfill [the desire to return],” Freund notes.

While Shavei Israel is careful to research claims fully, there are amazing stories to be heard. The Pashtuns of Pakistan are recorded by Islamic travelers hundreds of years ago for having Jewish customs. Many still have that belief through today. The Lemba tribe in South Africa and Zimbabwe is another, whose priest family’s DNA contains the Cohen gene. From hidden Jews to these lost tribes, Shavei Israel is doing all that they can to strengthen the Jewish people from the inside out and outside in.

Why Do We Still Count the Omer When We Don't Have a Holy Temple?