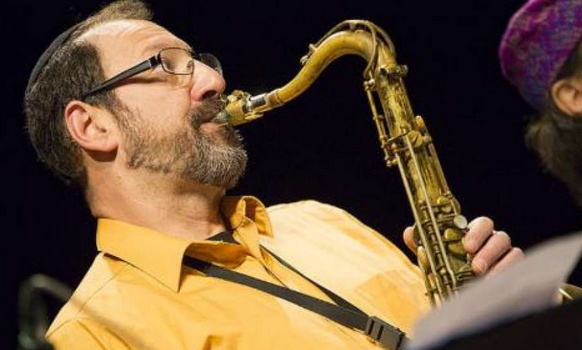 Westport’s Jazz Rabbi & Other Orthodox Jews in the News

Revelio! Hogwarts Haggadah Ready — Just In Time For Passover
Rabbi Moshe Rosenberg of Queens, New York is set to release his “Unofficial Hogwarts Haggadah” within the next two weeks. The haggadah, the book used as a companion to the Passover seder, will include explanations of the Seder rituals and texts through a Harry Potter lens.

World’s Oldest Jew Dies At 117 — Leaves Behind 125 Descendants
117-year-old Rabbi Zecharia Barashi on Tuesday left a world very different from the one he found, as Israel’s oldest resident – and the world’s oldest Jew and rabbi – passed away from natural causes at his Jerusalem home. Barashi immigrated to pre-state Israel in 1936 from his native Iraqi Kurdistan, first laboring as a construction worker and then as a rabbi ministering to his fellow Kurds, and survived by 29 grandchildren, 72 great-grandchildren and 24 great-great-grandchildren.

Following In Son’s Footsteps, Father Receives Rabbinical Ordination On Same Day As Son
Alvin Reinstein had attended Yeshiva University decades ago, but it wasn’t until his son Sam enrolled in RIETS that the senior Reinstein decided to join in. took up Torah study. During the school’s Chag HaSemikhah [ordination] Convocation on March 19, the Reinsteins, father-and-son, will both receive their rabbinical ordination.

Doubly Talented: Ida Crown’s Joey Silverstein a Wrestler, Glassblower
Ida Crown senior Joey Silverstein attends morning wrestling practice at his Skokie school before traveling to the Firehouse Art Studio in Chicago’s University Village neighborhood to work in the art of glassblowing. Silverstein, whose career came to an end with a third-place finish in the 170-pound division at a national tournament for yeshiva high schools, has been wrestling since freshman season.

Meet the Non-Jew Who Wants Hebrew and Kosher Food in LAUSD Schools
Gregory Martayan is an Armenian contender for an LAUSD board seat with a robust slate of campaign promises geared toward the Jewish community. If elected, he has promised to install Hebrew education in L.A. Unified schools, deliver kosher food to campuses that request it and institute a zero-tolerance policy toward anti-Semitism, all within six months.

Westport’s ‘Jazz Rabbi’ Melds Parallel Endeavors
Saxophonist Greg Wall, known as the Jazz Rabbi, is the spiritual leader of Beit Chaverim Synagogue in Westport. Wall also brings with him remarkable jazz credentials and a determination to develop, strengthen and continue the jazz tradition.