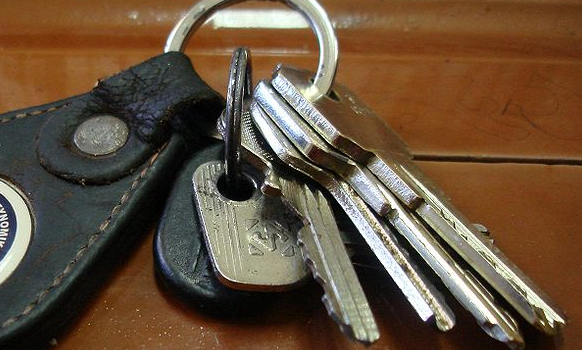 I like to think of myself as a kind person who gives others the benefit of the doubt, but sometimes I need small reminders to improve; recently, I got one from a rather unexpected place! Last Saturday night, a friend sent me a text message telling me that she had left her dorm key and student ID at our college’s Chabad house, which is a few-minute walk from campus, where we both live. She wanted to know if I was still at the Chabad house and if I would I be able to return her things to her.

My first reaction, I’ll admit, was one of irritation. Why couldn’t she just go pick it up herself? I wasn’t there any longer and had no intention of walking back to pick up her things for her. She could get them on her own time. Later that night, as I was emptying my jacket pockets, I realized (to my great dismay) that my student ID was nowhere to be found. What goes around comes around, I thought. But there was more than just karma at work.

My vexation from earlier that night was now directed inwardly, and I resolved that the next day I would retrace my steps. However, after looking all over for it the next morning, my I.D. was still nowhere to be found. I was ready to accept the fact that I would just have to buy a new one (they are not cheap!), but then I received a text message from my Chabad rabbi saying that he had found my ID at the Chabad house. The clincher? The whole time it had been sitting there, right next to my friend’s key and ID. He asked if I would also be able to return her things to her. This time I agreed to do so, no questions asked.

The whole way there I couldn’t help but think about how no One other than Hashem had reasons for wanting me to pick up my friend’s key and ID, which, bizarrely, she still had not done herself. It wasn’t until I was standing at the front door of my friend’s dorm with her belongings that I realized why I should have returned her things to her right away. She explained to me, as I handed her keys and ID to her, that her ankle, which she had sprained a while ago and sometimes wore in a brace, had been hurting her more than usual. It caused her too much pain to walk any significant distance, and she was grateful that I had been willing to go out of my way to help her out. Little did she know the saga surrounding it all.

On the walk back to my dorm I felt both ashamed and grateful. I kicked myself that I wasn’t quite as generous as I hoped I would be, nor did I give the benefit of the doubt as freely as I should have. But, then again, what a blessing to have the chance to see Hashem’s hand, orchestrating the moves so clearly. Pushing me to do what I should have done on my own. I got the message loud and clear. Next time I hope I’ll be able to do the right thing right away, without any Outside interference.

Westport's Jazz Rabbi & Other Orthodox Jews in the News