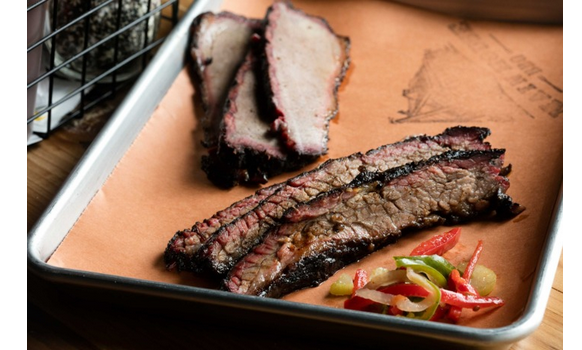 An insider’s look into the marriage and parenting of young couples, Philly.com meets Orthodox Evan and Melissa Rosenberg, parents to a toddler and a baby. Through the ups and downs of their courtship and parenting techniques come inspirational lessons for us all.

Katsuji Tanabe is a Japanese-Mexican restaurateur who cooks kosher. He could win “most Angeleno” on those credentials alone. Throw in the fact that he’s an immigrant and has been featured on five different tv shows, and the guy is L.A.’s unofficial mascot. Here’s why he will always cook kosher, no matter how big his celeb status gets.

Rabbi to be Only Rabbi in South Dakota

Fox News interviews the Alperowitzes, soon to be the only rabbinical couple in the state of South Dakota. This milestone for the state, and for Chabad whose reach now extends to all 50 states is tremendous.

Meet the Person Behind the Brand-New, Kosher BBQ Restaurant in Mill Basin, Brooklyn

Richie Grin is changing the face of hipster restaurants. With freshly smoked meats and great innovation on the classics, he’s bringing BBQ and kosher together in Brooklyn like never before.

This Jewish Woman’s Research May Save Millions of Lives

Joanna Slusky, a professor of molecular biosciences and computational biology at the University of Kansas, is doing work that may ultimately save millions of lives. A protein she designed appears to be one of the most promising responses yet to the growing threat of antibiotic-resistant bacteria.

Upside Craft Burgers is owner Yanky Mayer’s first restaurant, and if the crowds hold up, he may be New York’s next Danny Meyer, giving Shake Shack a bit of competition. The fast-casual kosher burger bar is packed, good and may be onto something big in the restaurant scene.

A Hasidic Jew Weighs In On Feeling Vulnerable With Increasing Attacks

Aleph Beta’s Guide to Parshas Beha’alotecha: Where It All Went Wrong

7 Products You Don’t Want To Miss This Passover!

How Do You Make Pesach If You’re A Procrastinator?