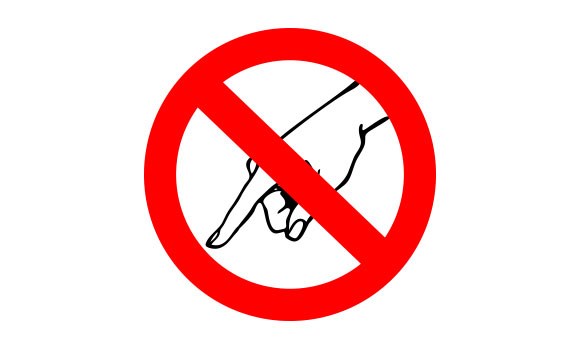 Several years ago, I was at a conference, and a guy at my table started up with me after he found out that I was observant. “I’m not religious,” he began, “but I get Shabbat. I see the value in kosher. But that whole no touching before marriage thing that you Orthodox Jews do – that is NUTS.” He was referring to “shomer negiah,” the prohibition in Jewish law of touching a member of the opposite sex outside of your nuclear family – including boyfriends and girlfriends.

Truth be told, growing up as a secular Jew, I had no clue that this law was even part of my religion. I remember, as a kid, watching a show on TV about religious Christians who didn’t touch before marriage and clearly thinking they were out of their minds. I was a late bloomer (read nerd) in high school, so as I started becoming more observant, it wasn’t like shomer negia was going to crimp my style, but still, it wasn’t the first mitzvah that I ran to adopt on my road to Orthodoxy.

Then on a date, during my senior year of high school, an older guy tried to take advantage of me. (Thankfully, I was able to get away before he did.) Suddenly shomer negia, which I had first heard about the summer before, seemed like a very good idea. After I started keeping it, though, I became more committed to a Jewish observant lifestyle in general and continued to keep it out of conviction. Having only adopted this mitzvah at seventeen and then getting married to the first real guy I dated at twenty meant that I did not have to “suffer” through the challenge of negia for too long, so I won’t pretend to know what that is like, nor will I pretend that it is easy, and I certainly won’t judge anyone who has struggled in this very difficult mitzvah.

All that being said, I think it is a brilliant practice, and here’s what I told that guy who told me that it is nuts: In the rest of the world, being single means being “free.” Why? Because singles can acquire as many sexual escapades as they want, or at least as many they can get. Then suddenly marriage comes along, and both parties are in a “prison” of sorts for the rest of their lives. (Or at least for the rest of their marriage.) How do I know this is true? Well, what is a wife called? “The old ball and chain.” Think about the ramifications of that for a moment.

See, in the Orthodox world, we do it backwards. We start people off in “prison.” We make them suffer in singlehood and make them feel motivated to get married. (It should be noted that desiring to be married and finding a suitable mate, unfortunately, are not always synonymous.) Then, in married life, the couple suddenly attains a new freedom which they never had access to before. But just so they don’t get too used to this “freedom” and stop appreciating it, every month, the couple is back on “lock down,” i.e. niddah (the two week physical separation which proceeds a dunk in the mikvah) so that touch can always remaining something exciting.

By the time I was done with my explanation, it was very clear that the conference attendee didn’t think I was so nuts any more…

NOTE: Some people think you need to “test” someone out before you marry him or her. Jewish law says you have to be attracted to your spouse before you get married, teaches that the essence of love “ahava” occurs through “giving” (the root of “ahava” is “havey” which means “give” in Aramaic), and requires a husband to sexually satisfy his wife as part of her marriage contract. Of course there are people who do not get properly prepared before the wedding, nor do they make enough effort to work on this after the wedding, but this is what the goal is meant to be.

How Can The Torah Let A Man Sell His Daughter into Slavery?