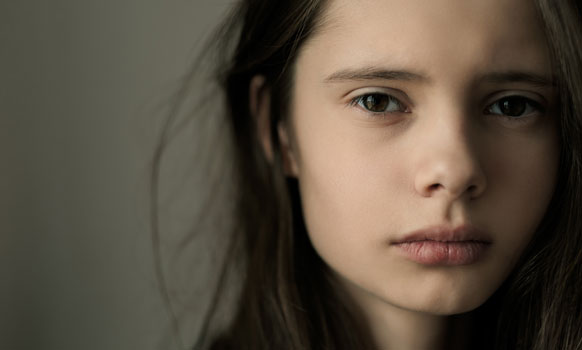 How Can The Torah Let A Man Sell His Daughter into Slavery?

I heard that the Torah says that a woman must marry her rapist and that a father can sell his daughter into slavery? How can we possibly accept such horrible ideas in the modern world?

That’s a great question. It is true that not everything in the Torah is in line with the “modern sensibilities” of every time and culture. (Gay marriage is a perfect example of a challenge in our time and culture.) However, people cast more aspersions than are called for, largely because they don’t fully understand the parameters of the Torah’s cases.

The idea that the victim of a rape must marry her attacker is one of the most misunderstood things in the Torah – and not without reason! In our day and age, it’s virtually inconceivable that a woman would want to marry her rapist. Such, however, was not necessarily the case throughout history. There have been many eras and cultures where a woman who had been raped would have severely limited marriage options – and with marriage came a better chance for survival. (Also, the rape didn’t have to be an attack by a stranger. Even nowadays, women are “date raped” by boyfriends or significant others, and they may choose to stay with them despite the trauma.) I have had to clarify this mitzvah many times over the years because people’s assumptions about it are just plain wrong. It’s all based on a faulty understanding of Deuteronomy chapter 22.

In the Torah’s scenario, the man has abused the girl. As noted, in certain times and places, this would severely limit the girl’s marriage prospects. Accordingly, if the girl so desires, the attacker must marry her and he can never divorce her. The girl, on the other hand, is under no obligation to marry him. The rapist forfeits his choice in the matter through his actions; the victim retains her freedom to choose. (The idea that the girl has no choice makes no sense on many levels. For example, if that were the case, all a rejected suitor would have to do is rape the object of his affections and she would be obligated to marry him. Happily, such is not the case.)

It is equally misunderstood that the Torah permits a man to “sell” his daughter into “slavery” (Exodus 21). Actually, that’s not it at all. If a man becomes impoverished, what he can do is to betroth his daughter to a man as a bride, either for that man or for that man’s son. What this does is give the girl a chance at a better life. The girl cannot be treated any differently from a wife that was married by any other means (21:9-10) and if the man (or his son) does not marry her, he must release her from her end of the arrangement (21:8). This is all explicit in the text – people just don’t take the time to understand what the text means!

Before you get upset thinking that the Torah advocates child brides, let me disabuse you of that notion. First, it helps to know the following (but it’s kind of technical so feel free to skip to the next paragraph): Marriage in Jewish law takes place in two stages. The first is called eirusin, which we translate as betrothal. This is more than engagement: a girl who is betrothed is considered married even though the wedding has not been consummated. If a couple calls it quits after eirusin, the woman requires a get (a bill of divorce) and she cannot marry a kohein because she’s a divorcee, even though she may still be a virgin. (Got it? Good.)

The girl in our case was betrothed as a minor. There are cases when, until she reaches the age of majority, she has the right to refuse the match. This is called mi’un (refusal). Here’s what’s truly exceptional: the girl can dissolve the union unilaterally, without a get, and she is not considered a divorcee. This is the only case in Judaism in which a marriage can be annulled, making it as if the eirusin never even occurred. (There are limits to the situations in which mi’un could be used, such as when she was married off by her family after her father’s death and a few other scenarios. It may not completely satisfy objections based on modern sensibilities but introducing the concept, on top of some other facts about this scenario, helps to show that what’s going on here isn’t what most people assume.)

You didn’t ask about this one but people often have similar issues with the case of the sotah – the woman suspected of adultery in Numbers chapter 5. People envision the woman being dragged to the Temple, her mouth held open while they force feed her the “bitter waters,” and then she explodes. So much of this is wrong. First of all, the woman was not compelled to undergo the sotah process. She could choose to do so in order to prove her innocence (or if she thought she could “beat the rap”), but she could also opt out, which would be tantamount to pleading “no contest.” A woman was only compelled to drink the water once the document containing the Name of God was erased, close to the end of the process. If she was guilty, she wouldn’t explode on the spot, she would waste away over the course of a year or two, depending on her merits – and, according to the Talmud, the adulterer would also die, wherever he was.

To me, the following point is key: what did the woman drink? Just some water with a little dust sprinkled on it. It wasn’t poison. Despite the name, it wasn’t even bitter! If the woman died as a consequence of the ceremony, it was a supernatural punishment. And there was a supernatural reward if she was innocent and falsely suspected – she was guaranteed to conceive. This is the only place where God promises to supernaturally judge court cases Himself. If one believes in the divinity of the Torah, how can one complain about the punishment, as it comes directly from God? If one doesn’t believe in the divinity of the Torah, there’s no punishment to complain about! She just drinks the water and goes home – nothing would ever happen as a consequence.

If you look at the mitzvah in context, it’s actually a very good thing for the woman! Imagine a woman suspected of adultery by her husband in a Middle Eastern culture of 3,500 years ago. I don’t know much about Hittite or Jebusite jurisprudence but I would imagine it would not be too far-fetched to assume that there were cultures where “honor killings” or other forms of vigilante justice would have been meted out. This mitzvah actually gave the irate husband something to do about it, and the necessary trip to Jerusalem provided a cooling-down period in which he might drop the charges altogether. So it may seem pretty horrific when viewed through 21st-century Western goggles but our goggles are not the only ones there have ever been.

So, yes, there are things in the Torah that we must struggle to understand. But many of the things that people assume are misogynistic or otherwise “politically incorrect” are the result of not fully understanding what’s going on. Often, the strange-appearing behavior is actually for the woman’s benefit, as in obligating the rapist to marry his victim only if she so desires. In many cases, learning the full story answers objections before they even arise.