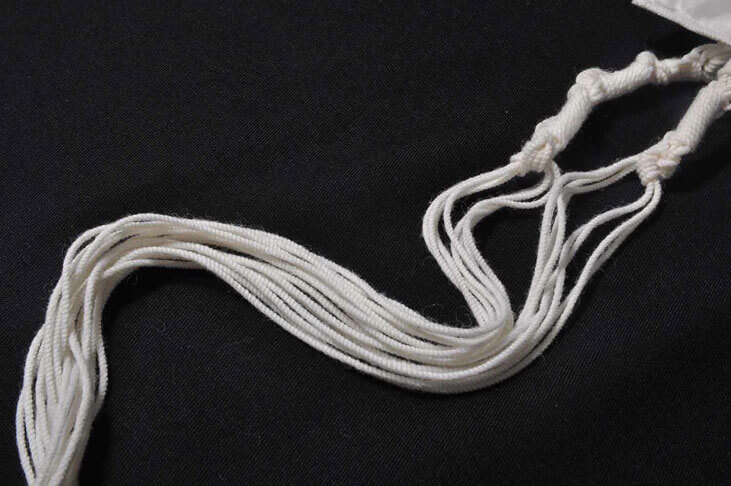 What are tzitzit and why do Jewish men wear them?

Thanks for your question. Just a heads-up, you said tzitzit, reflecting the Sephardic pronunciation, but I’m going to use tzitzis, à la the Ashkenazic.

The answer to your question is fairly straightforward: we wear tzitzis because the Torah tells us to. Numbers 15:38 tells us, “They shall make tzitzis on the corners of their garments.” The word tzitzis is typically translated as “fringes,” though I think “tassels” might be a more descriptive translation.

This is one of the rare cases where the Torah comes right out and tells us the reason for the mitzvah. Numbers 15:39 continues, “You shall see them (i.e., the tzitzis) and you will remember all of God’s commandments so that you may perform them….”

Tzitzis contain a hint to the 613 mitzvos as follows: the numerical value of the word tzitzis is 600. Each corner is wound so that the tassel that hangs from it has five knots and eight strings. 600 + 5 + 8 = 613 (see Rashi on Numbers 15:39 and on Menachos 43b, s.v. Shekula). A famous story about tzitzis stopping someone from sin is told in Talmud Menachos (44a). In it, a man stopped himself from sinning with a prostitute when he saw his tzitzis. The woman was so moved by this that she looked into Judaism and ultimately converted, marrying the man who had so suddenly spurned her professional services. The Talmud also equates the performance of this mitzvah with that of all mitzvos combined (ibid. 43b).

The garments that require tzitzis are four-cornered garments of certain sizes and certain materials. A scarf, for example, would not be of the requisite size to require tzitzis. A wool poncho or serape might require tzitzis, but a rubber or plastic rain poncho would not. Nowadays, we don’t wear too many garments that naturally fit the criteria, so men and boys wear a special garment called a tallis katan (“a small tallis”) in order to fulfill the mitzvah. (A tallis is a special cloak worn for prayer – a four-cornered garment with tzitzis.)

Now, you might be wondering why men wear tzitzis but women don’t. (I am aware that some women in non-Orthodox streams of Judaism have started wearing tallis and tzitzis, but you wrote to an Orthodox site, so that’s the approach we’re taking.)

Wearing tzitzis is a positive mitzvah that only applies at certain times. Tzitzis are not required at night (or perhaps not with nightclothes – let’s not get too deep in the weeds), so only men are required in the mitzvah.

The first is the prohibition against cross-dressing. Deuteronomy 22:5 prohibits a man from wearing a woman’s garment and a woman from wearing a man’s “article,” which is a broader category than just clothing. The Targum Yonasan on this verse understands it to specifically preclude women from wearing both tzitzis and tefillin. Similarly, the Levush on OC 17:2 rules that women cannot wear tzitzis optionally because of the prohibition against wearing the articles of men.

The other reason for women not to wear tzitzis is called yuhara. Yuhara basically means acting show-offy in mitzvos, with the result that one looks holier-than-thou. (One’s actual intentions are immaterial; yuhara is about the perception of arrogance.) For example, in a shul where the practice is not to stand for Torah-reading, one should not stand because of yuhara (i.e., “Who’s this guy who thinks he’s frummer than the rabbi?”). The Rema on OC 17:2 says the women hypothetically could wear tzitzis except for the appearance of yuhara.

There’s a lot of discussion on both of these reasons, and this is far from a complete review of the literature. I’m just demonstrating that the practice for women to voluntarily perform some mitzvos in which they are not obligated but not others is not capricious. (I direct interested readers to Iggros Moshe OC 4:49, which permits women to attach tzitzis to uniquely feminine garments if they so desire, though tefillin are still problematic for reasons beyond our scope.)