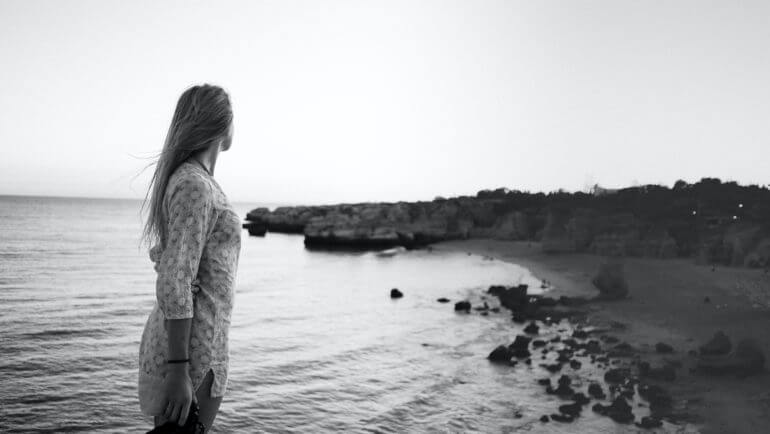 What is the difference between guilt, regret, and feeling like a bad Jew? For example, I didn’t fast on the 10th of Tevet when I didn’t feel well, so I feel like a bad Jew.

Thanks for your question. It’s one I’ve had a lot of occasion to address over the years because it seems to be an inherent part of the human condition. In discussing it with people, I’ve typically referred to “bad guilt” and “good guilt,” but based on the way you phrased the question, I think I’m going to start using “guilt” and “regret.”

We tend to use the words “guilt” and “regret” interchangeably, but I think there’s a consensus that they’re not truly synonymous. In preparing this response, I read several psychology articles on this subject and, while these mental health professionals all seem to agree that there’s a difference between guilt and regret, none of them agreed on the exact parameters. In fact, some of them overtly contradicted one another. So what follows are my definitions.

“Guilt” is self-blame, which frequently turns into self-pity. According to one article I read, one feels “guilt” after doing something they shouldn’t have because it was legally or morally wrong. That may seem like a good thing, except that guilt soon becomes all about the perpetrator. “I feel bad because I did this and I want to feel better.” It’s all about alleviating one’s own bad feelings.

To make matters worse, people often feel guilty about things that there’s no reason to feel guilty about. I don’t usually like to talk about my own life, but I’ll give you an autobiographical example. When my mother was sick, my sister was the one who took care of her. After she died, I felt guilty that I hadn’t done more. In truth, there was no reason for me to feel guilty. I was working full-time, while my sister had taken early retirement from the NYPD. I had three kids at home, while my sister was unattached. The reality was that she was in the position to take the lead on this. My mother had the care she needed and I did what I could. “Guilt” is just a negative emotional state; it need not have any basis in reality. (Consider the concept of “Jewish guilt,” and its twin, “Catholic guilt.” These are existential conditions unrelated to one’s actual actions.)

Regret, however, can be positive and constructive. When it comes to regret, we learn the consequences of our actions and resolve to change. If you touch a hot pot and burn yourself, you learn not to do that anymore, thereby preventing potential future harm. Regret is a survival mechanism. Regret helps us grow.

Regret is also a necessary component of teshuvah (repentance). In order to repent, a person must regret his misdeeds and resolve not to repeat them (Mishneh Torah, Hilchos Teshuvah 2:2). This is based on Jeremiah 31:19, “Now that I have repented, I regret.” The various commentators (Rashi, Metzudas David, et al.) explain the missing referent: “I regret my misdeeds,” “I regret my sins,” etc. We need regret; we can do without guilt.

As far as being a bad Jew… well, I don’t even know what that means.

Let me share with you a story that a colleague once told. (I apologize that I don’t know the original source of the story; perhaps some eagle-eyed reader can fill in that gap.) There once was a kingdom that had three classes of people: nobility, commoners and packs of wildmen who lived in the forest. One of the commoners took it upon himself to elevate the wildmen. He taught them to wear sackcloth instead of animal skins and to eat stew from wooden bowls instead of wild game with their hands. The king was so pleased with this citizen’s work that he gave him a reward.

The citizen reasoned that if the king was this happy with his work with the wildmen, he’d be thrilled if he educated the nobility. He therefore rounded up the children of the upper classes, including the king’s own sons and daughters. When the princes and princesses showed up in sackcloth, eating stew from wooden bowls, the king was livid. This was because the children previously wore silks and ate delicacies from fine China. What was a huge step up for the wildmen was an equally huge step down for the nobility.

Similarly, being a “good Jew” depends on a lot of factors, including one’s upbringing and environment. For some people, just lighting the menorah on Chanukah, making a seder on Passover and showing up in shul for a few hours on Yom Kippur puts them in the 99th percentile for observance in their community. I wouldn’t disparage their religiosity just because they never heard of the fast of 10 Teves, let alone observe it. But if you live in a “heimishe” community and have a yeshiva background, this same level of observance might make you the biggest slacker in town.

Are you a “bad Jew” if you keep kosher, observe Shabbos and attend services but you cheat on your taxes? What if you’re scrupulously honest in business but apathetic in ritual matters? And what about those sects of Chasidim who protest Israel? We strongly disagree with them, but does that make them “bad Jews?” I hesitate to delineate a particular parameter that defines “good Jews” and “bad Jews.”

The reality is that no one is perfect. The book of Koheles (Ecclesiastes) 7:20 tells us, “There is no person on Earth who is so righteous that he only does good and never sins.” None of us is perfect. This isn’t license to sin, but it is license to be human, and therefore fallible. We’re all in the same boat.

If you ask me, wondering if you’re a bad Jew is in the same category as feeling guilty: not productive. It’s all about how the person feels (“I’m bad”) and not what the person did (“I regret”). If someone blew off a fast because they weren’t feeling well, but they later realized that they were too quick to capitulate or perhaps they were using mild discomfort as an excuse not to fast, the answer doesn’t lie in self-recrimination. The solution is to regret the action and to resolve to do better next time. You’ll know you’ve accomplished this when you find yourself in the same situation again, with the ability to act the same way, but you choose to act differently. (See Hilchos Teshuvah 2:1.)

Regretting your actions and changing your ways? That’s productive and healthy, both psychologically and spiritually speaking. But feeling guilty or considering yourself “bad?” That doesn’t do anyone any good, least of all the person who wallows in self-pity rather than pursuing self-improvement. So regret your guilt but never feel guilty about your regret.