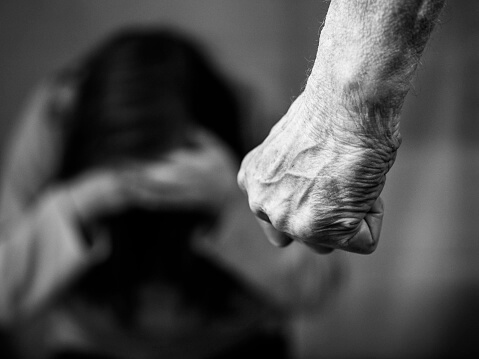 I saw on My Unorthodox Life that a man is allowed to beat his wife according to Torah law. Is that true?

First of all, as I have had more occasion to say over the past few months than one might think, don’t get your information about religion from TV shows. This is especially true when it comes to ex-religionists with reality shows, who have both axes to grind and motivation to make their former faiths look bad.

Secondly, I wish to remind readers about halacha vs. halacha l’maaseh, or the law as opposed to practical application. Not every opinion one might find expressed in the halachic literature necessarily reflects the law in practice.

Generally speaking, one will find the halachic literature vehemently opposed to striking anyone, including (or, perhaps, especially) one’s own wife. The Torah (Deuteronomy 25:3) prohibits lashing a criminal beyond the prescribed number of lashes. We learn from this that we’re not allowed to strike anyone. If it’s sinful to strike a guilty criminal more than his sentence requires, it’s certainly sinful to strike an innocent person who doesn’t deserve to be hit at all!

In Exodus 2:13, Moshe saw two men fighting and “he said to the evil one, ‘Why will you strike your fellow?’” Rashi on this verse cites the gemara in Sanhedrin (58b) that even though he had not yet struck him, one is considered evil just for raising a hand against another person. The prophet Amos teaches us that violence against someone close to us is even more heinous than against a stranger (Amos 1:11). I would infer from this that striking one’s wife is more despicable than striking an outsider.

Rav Shlomo Luria (16th century, Lithuania) points out that a husband is legally responsible for any injury he might inflict upon his wife during the course of their regular, consensual marital relations. It should therefore go without saying that he would be criminally liable for assaulting his wife in anger (Yam Shel Shlomo, BK 3:21).

“A man who hits his wife incurs the same sin as one who strikes another person. If he is a habitual offender, the court has the authority to chastise him, to excommunicate him, to lash him, to compel him and to impose an oath on him not to do it again. If he doesn’t obey the court, some say we compel him to divorce her, so long as he was first warned once or twice, because it is not the Jewish way for men to strike their wives….”

The Aruch HaShulchan (19th century, Lithuania) rules likewise (EH 154:18), while Rabbeinu Tam (12th century, France) is widely cited as agreeing with the sentiment that wife-beating “is not done in Israel.”

This all seems pretty unambiguous, but we would be remiss if we didn’t acknowledge the opinion of the Rambam (12th century, Spain). The Rambam is one of the most significant Jewish authorities in history, whose opinion I cite frequently. Here, however, what he writes causes problems for us.

In Hilchos Ishus 21:10, the Rambam writes, “Any woman who doesn’t perform her required household tasks can be compelled to do so, even with a rod.”  This is difficult not just because we don’t like what it says, but also because it’s very un-Rambam-like.

I don’t normally cite non-Orthodox sources but I think the problem is best summed up by Reconstructionist rabbi David E. S. Stein. In The Journal of Religion & Abuse (6/3–4, 2005), he has an article entitled “Did Maimonides Really Say That? The Widespread Claim That He Condoned Wife-Battering May Be Mistaken.” His abstract for the article reads:

“That the famous Rabbi Moses Maimonides (Egypt, 1178) condoned—or even recommended—spousal abuse has been widely reported. The present article finds that this standard, literal interpretation of the passage (Ishut § 21.10a) has little to support it. That reading ignores the text’s figures of speech. And it fits neither the dynamics of the case, the legal history of the issue, nor the literary context. Rebutting the published “proof” that medieval legal experts read the passage literally, this article suggests that Maimonides’ words may have implicitly taken a stand against spousal abuse. It concludes by pondering the meaning of the standard view’s popularity.”

Stein goes on to note “that such a ruling is uncharacteristic of Maimonides, unprecedented in rabbinic literature, and ambiguous in practice.” So, beyond wishful thinking, there’s ample reason to suspect that this halacha might not be saying what it appears to be saying.

Aside from the question of where the Rambam got such a ruling, it’s inconsistent with other rulings of his. For example, in Hilchos Choveil u’Mazik (4:16), the Rambam writes that if a man injures his wife, he must pay the fines for damages, pain and embarrassment. Technically, he must also pay her medical expenses, though this is not counted as a fine because, as her husband, he’s already responsible for her medical bills. Having to pay criminal fines certainly makes it seem as if hitting one’s wife is not permitted!

Even the same halacha in which the Rambam appears to sanction wife-beating seems to contradict it. After saying that a wife may be compelled even with a rod, he goes on to say that a couple settles their disputes by going to court. The court assigns another woman to act as observer and the judges then proceed accordingly. That doesn’t seem to jibe with the “unilateral enforcement by compulsion” attitude of the halacha’s previous clause.

Also, the halacha doesn’t say that “he compels her, even with a rod,” it says that “they compel her, even with a rod.” This has led many authorities to conclude that the Rambam’s intention is that it’s the court who compels a woman to comply, the same as they compel other offenders to comply with their rulings (such as compelling a man to stop beating his wife or to divorce her if he fails to do so, as mentioned above).

Regarding this statement of the Rambam, the Raavad (12th century, France) writes that he has never heard of using physical force to compel a wife. Rather, her food and monetary allowance are reduced until she complies. The Maharshal (the aforementioned Rabbi Luria) rules that the halacha follows the Raavad rather than the Rambam.

There’s a lot more in the halachic literature that could be mentioned, but it wouldn’t change our bottom line. In short, the majority of sources are clear that hitting one’s wife is as bad as hitting anyone else, and arguably worse. The Rambam is the only major authority who suggests otherwise and the authorities who followed him don’t necessarily take him at face value. Whether or not the Rambam means what he appears to be saying, the halachic consensus is that we don’t rule like him. So yes, one could point to a halachic source that condones wife-beating in certain cases but, halacha l’maaseh, such is not our practice and never has been. 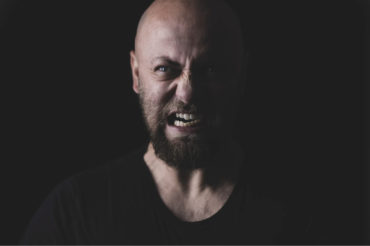 If Anger Is Necessary To Feel For Emotional Health, Why Does Jewish Law Prohibit It?