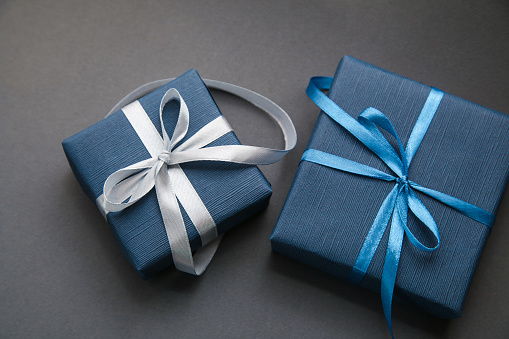 Is it a problem to give and get gifts on Chanukah? Why do we do it?

Thanks very much for your question. I have complicated feelings regarding the practice of exchanging gifts on Chanukah. On the one hand, I really like to give gifts; it’s kind of fun trying to come up with things that the recipient might like. I also like to receive gifts, the thought put into it being more important than the dollar amount. But as much as I enjoy gift-giving, I wish such weren’t our practice because it seems really derivative of Christmas.

The problem with being derivative of Christmas is that there’s a mitzvah in the Torah called “bechukoseihem” (literally, “in their ways”), and it prohibits Jews from copying the ways of other peoples (Leviticus 18:2). I’ll give you an example: let’s say I saw what others were doing and I thought it would be pretty nifty to wear a black shirt with a white collar in order to identify myself as clergy. Effective as such a strategy might be, I would probably not be permitted to wear such a shirt because of bechukoseihem.

With that in mind, if someone tells an Orthodox Jew that they have a “Hanukkah bush,” they might get an earful about why that’s inappropriate. If they string their house with blue and white lights, their observant neighbor might roll his eyes. But if one tells a frum friend, “We exchange gifts on Chanukah,” the response is likely to be, “Us, too!” Why is this?

It’s not because giving gifts on Chanukah is an ancient custom; it seems to have started in the late 19th century, but it was truly popularized in the 1950s, probably as a reaction to the Holocaust. (Providing a little extra holiday cheer to make kids embrace being Jewish seems to be a perfectly reasonable reaction to the overt and extreme antisemitism of the prior decade.) And it’s not a universal practice, either; it’s rather US-centric. There are plenty of countries where, if you tell someone that you exchange gifts on Chanukah, they’ll just be confused because, to them, doing so is random.

Being melamed z’chus (i.e., justifying the practice), most people will tell you that gift-giving on Chanukah is just an extension of the older practice to give Chanukah gelt. Maybe, but let’s examine the custom of Chanukah gelt.

According to legend, Chanukah gelt is a custom because, after the Maccabees defeated the Greeks, they gained some political autonomy, which included the ability to mint their own coins. That’s a nice story but it doesn’t pass the sniff test since the practice to give Chanukah gelt isn’t mentioned in halachic literature until much, much later.

I did some online research and I found about a dozen hypotheses for the origin of gelt-giving. Some of these include:

A rav once told me that when we have so many reasons for something, it means we don’t know the reason. So Chanukah presents ostensibly evolved from Chanukah gelt but the origins of Chanukah gelt are themselves obscure.

The best answer I’ve seen to the question of why we’re cool with gift-giving on Chanukah comes from a contemporary sefer called Avnei Yoshfei by Rabbi Yisroel Pesach Feinhandler. (I have seen the title of this work transliterated – and mangled – in several different ways. My transliteration is based on the way the name of the work is vowelized on its title page, which I think is pretty authoritative.) He writes (paraphrased into English by me):

“One student wants to complain that the custom to give money to children on Chanukah is a non-Jewish practice because they also distribute gifts on their holidays that fall on those days like Chanukah. This appears to be a concern because of the prohibition against walking in other nations’ ways. If you look in the responsa of the Maharik (Rav Yoseif Colon, 15th century, Italy), you’ll see that he explains that the word bechukoseihem comes from chok, which is a practice without a reason and without a known purpose; something that has a reason and a purpose doesn’t present a concern of bechukoseihem. This is the opinion of the Rema (YD 178:1). This being the case, the fact that we give money to children on Chanukah has a clear purpose: in order to give joy to the young. The Rambam writes similarly in Hilchos Yom Tov (6:18) regarding joy on yom tov, that we give the little ones treats. It is cited in the Shulchan Aruch (OC 529:2) that Chanukah is likewise days of joy and praise, as the Rambam writes in the laws of Chanukah (3:3). It is therefore a commendable practice to distribute money and gifts to children on Chanukah because these are days of joy and this makes them happy. Since there is an appropriate reason for doing so, there is no concern that non-Jews act similarly to this.”

So give gifts on Chanukah without concern (though I’d still shy away from decorating fir trees in your living room, as such serves no practical purpose).

What The Chanukah Story Can Teach Us About Body Positivity