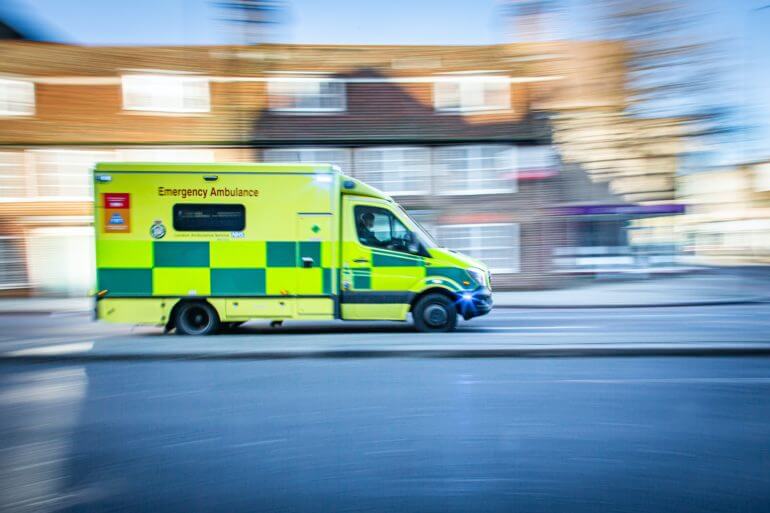 I was told you can only seek medical help on Shabbos if you’re certain it’s life or death. Is there more leniency you can rely on?

Thanks for your question. Before I address it, I want to make two things clear: (1) here, we answer questions about Judaism but we don’t poskin shailos (rule on matters of Jewish law) and (2) it’s not my place to tell people to act more stringently or more leniently. So, I‘m going to provide some basic information but what you do with it is up to you; I recommend discussing your personal situation with a rabbi who knows you.

A choleh sheyeish bo sakanah is a sick person who is in danger. It is not only permitted to do whatever is necessary on Shabbos for such a person, we are required to do so without hesitation.

A choleh she’ein bo sakanah is a sick person who is not in danger; this includes one who has a fever, aches all over, or feels so bad that he needs to be in bed. For such a person, we may do things that are otherwise rabbinically proscribed. (One might also possibly do things that are Biblically prohibited, albeit by performing them with a shinui, i.e., in a manner different than is usually done.)

A meichush b’alma is a person who is merely in discomfort, such as a headache, a toothache or a cold. Such a person should optimally “suck it up” and not even take medication on Shabbos, but doing so is permitted if their discomfort is such that it forces the person to go lie down.

We see from this that there’s not a simple dichotomy between “sick” and “well,” or between “deathly ill” and “all others.” There are degrees of illness and the lines between them are often blurry. (For example, what would cause one person to lie down, might not make another do so.)

Let’s take a look at the Rambam’s Mishneh Torah on some of these halachos. (The following are excerpted from synopses I wrote for my “day job.” You can start here and click through):

Shabbos prohibitions are suspended in the case of a danger to life, the same as other mitzvos. Therefore, we may perform anything necessary for a sick person whose life is in danger, as determined by a doctor. If there is a doubt as to whether Shabbos must be violated for a sick person, it should be violated because Shabbos laws are suspended even in a doubtful case of danger to human life. This is also the case when one doctor says to violate Shabbos and another doctor says that doing so is unnecessary.

If doctors determine on Shabbos that a patient requires a certain treatment for eight days, we do not delay until nightfall in order to avoid violating two Shabboses for him. Rather, treatment is started immediately, on Shabbos. Even 100 Shabboses may be violated for a patient if that’s what’s called for. As long as someone is dangerously ill – even if there’s just a question as to whether or not he is dangerously ill – if he requires treatment, Shabbos should be violated for him: a lamp may be lit and extinguished for him, animals may be slaughtered for him, we may bake and cook for him, and water may be heated for him, both to drink and for washing. The general rule is that Shabbos should be treated as a weekday for the sake of a patient who is dangerously ill.

When a dangerously-ill patient requires treatment on Shabbos, it should not be administered by non-Jews, minors, servants or women, so that people will not come to take Shabbos less seriously. Rather, the treatment should be administered by the leaders and scholars of the people (so that everyone will see how serious a matter this is). We are not permitted to hesitate before violating Shabbos for a dangerously ill person, as per Leviticus 18:5, “that a person shall perform in order to live by them.” One is meant to live because of the mitzvos, not die because of them. We learn from this that the Torah is not meant to bring wrath to the world, but rather mercy, kindness and peace. Regarding those who think that treating such a patient is a violation of the Torah and prohibited, we can apply Ezekiel 20:25, “I gave them laws that were not good and judgments through which they could not live.”

If a person has sick eyes on Shabbos, such as a secretion from one or both of them, tears flowing from them because of pain, blood flowing from them, or they are affected by fever, among other such conditions, he is considered like one who is dangerously ill. Shabbos may be violated for him and any necessary treatment may be performed.

If a person has an affliction from his lips inward, be it in his mouth, alimentary canal, liver, spleen, or any other organ in the body cavity, he is considered dangerously ill and he does not require a doctor’s evaluation. His condition is serious and we violate Shabbos for him immediately without waiting for him to be examined. … Similarly, we violate the Shabbos whenever a doctor diagnoses a condition as dangerous even if it only affects the outside of the patient’s skin.

…[I]f a person is bitten by a rabid dog, a venomous snake or some other reptile, any necessary medical treatment may be administered in order to save him. This is true even if there is only a question as to whether the bite could prove fatal.

This isn’t even all of it but already we see that we “violate” Shabbos even in a questionable case of danger, that we err on the side of leniency when deciding if someone is in danger, we don’t delay treatment just because it’s Shabbos, we don’t push the job off to a child or a non-Jew, and not every case of “danger” for which we violate Shabbos is necessarily life-threatening. Some of these facts might be surprising to some people, who think that we only reluctantly drive someone to the hospital if the patient’s death is imminent.

Here’s something else that might surprise you: We are limited on Shabbos by a boundary of 2,000 cubits around the city; if one goes outside this boundary, he is limited to a circle four cubits (about six feet) in diameter for the duration of Shabbos. However, the Mishna (Eiruvin 4:3)  teaches us that one who goes outside of his Shabbos boundary to save a life is permitted to return to his point of origin. The reason is simple: if we made it unduly burdensome, people wouldn’t go to save lives on Shabbos. For similar reasons, Hatzalah members who make calls on Shabbos don’t have to leave their vehicles at the site of the call and walk home. If such were the case, far fewer people would be willing to become EMTs. The Torah permits “violating” Shabbos even in order to save future lives.

I keep putting “violate” in quotes because I question whether “violate” is even the proper term. Sometimes the Torah prohibits us from doing a thing and other times it requires us to do that very same thing. On Yom Kippur we must fast and we may not eat; on Shabbos, we must eat and we may not fast. It’s a mitzvah to blow the shofar on Rosh Hashana – unless Rosh Hashana falls on Shabbos, in which case the mitzvah is not to blow the shofar! Similarly, if the laws of Shabbos say that you have to drive someone to the hospital on Shabbos, I wouldn’t call that breaking Shabbos, I would call that observing Shabbos!

The Shulchan Aruch (OC 328:2) is even more emphatic than that. It says, “If a person is seriously ill, it’s a mitzvah to violate Shabbos for him. One who rushes to do so is praiseworthy; one who takes the time to ask is a murderer.”

So as a general rule, we prefer to risk Shabbos rather than risk life and limb. For this reason, one should make an effort to familiarize himself with the halachos in this area before a need arises.

This Photographer Showcases Joy In Hasidim That The Media Misses