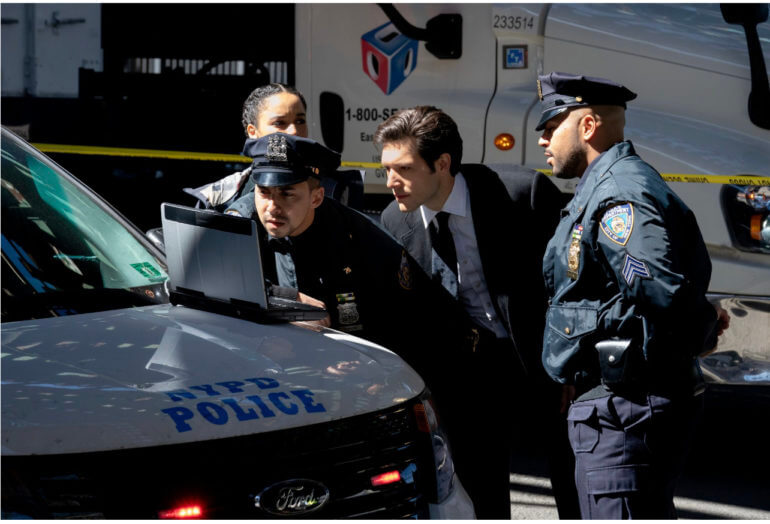 As the landscape of television changes, and Netflix and Prime have made paid monthly streaming services competitive in the entertainment space, many of the major networks have followed suit and many of them are producing some compelling content. NBC’s streaming platform, Peacock, has just released all 8 episodes of The Calling today – a TV show with an Orthodox Jewish protagonist. FX recently had the series finale for its show The Patient (read my review here), which had a recurring Orthodox Jewish character.

To my knowledge, there has never been a TV show where an Orthodox Jew is the leading character. This is a historic moment for our community. First some background on the show, and then my two cents.

The Calling is by awarding winning executive producer and writer, David E. Kelley (Ally McBeal, Dougie Houser, MD) and is crime drama series about a complex detective, Avraham Avraham, whose faith in humanity leads him to solve the most inhumane crimes. The show is based on a the international bestselling novel, The Missing File, the first in a series of books written by renowned Israeli crime writer Dror A. Mishani, who executive produces the series. The books have been translated into more than 20 languages and have won numerous awards around the world.

Jeff Wilbusch, best known for his role in Unorthodox, is an Israeli actor who was born into a Satmar Hasidic family and plays an Israeli-Jewish Detective Avraham Avraham in the show. Here’s how NBC frames the character:

THE CALLING tells the story of NYPD Detective Avraham Avraham, whose belief in mankind is his superpower when it comes to uncovering the truth. Guided by a deep sense of spirituality and religious principles, Avraham is left to question his own humanity when a seemingly routine investigation turns upside down.

NBC PR reached out to us with screeners, to promote the show, separately from the work we’ve been doing with our JITC Hollywood Bureau. That’s really cool and quite a big change from where we were a couple years ago with NBC’s Nurses debacle.

I watched the entire season last week. There’s a lot to celebrate in this series: the Orthodox character is not insufferable, in fact you root for him (though he is a little strange in the way other detectives like Bosch and Monk are strange, and it’s possible viewers could attribute the strangeness to the Judaism). Detective Avraham is not in a stereotypical TV Orthodox Jewish profession, like rabbi or diamond dealer. He’s also not Hasidic, not an extremist or a misogynist or leaving his observance. These are all really big wins. He leads the team and his colleagues look up to him. We also see him pray, go to minyan, celebrate Sukkot. These are proud and unusual moments on TV.

On the downside, there was no Orthodox Jewish writer or consultant involved. By the time we started meeting with NBC, the show was too far along for us to make a difference. Because no Orthodox Jews were involved, there are some silly inaccuracies that could have been avoided, and there is some fake Yiddish in the show, which is inexcusable and would be strongly called out if fake Chinese or Spanish were used for a Chinese or Hispanic TV character.

You can get a seven day free trial to Peacock (there’s an app). It’s a pretty riveting show, so you’ll finish it quickly. We’ll be hosting a virtual event next week to discuss the show more in depth, once our readers have had a chance to watch it. In terms of content warnings, there is language but no nudity and only a few brief scenes with sexual content. Check it out and join us next week to learn more!