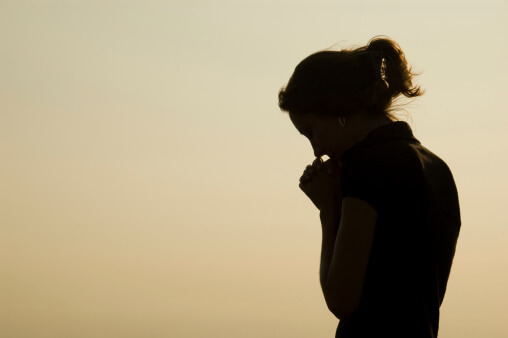 What Are The Basic Halachic Requirements For Tzniyus?

What are the basic halachic requirements for tzniyus?

Thanks for your question. I try to avoid answering “what’s the halacha?” questions because of the lack of universal parameters in matters of halacha. For example, I once made the innocuous observation that the bracha after eating rice is borei nefashos, which is just about the least controversial thing that a person could say. Nevertheless, I received some pretty strong pushback from one person who felt that the halacha is otherwise. (I have not before or since encountered anything to corroborate this person’s position but I assume he got it from somewhere!)

This is certainly the case when it comes to something like tzniyus (“modesty”), where we know that what people do in places like West Hempstead, Cleveland and Toronto is not the same as what they do in Boro Park, Gateshead and Meah Shearim. Anything I state as a “basic halachic requirement” for the former would be sorely lacking for the latter; anything I might say for the latter would be overkill for the former.

Telling you what I believe to be the baseline halacha would be pretty pointless. For example, I believe that halacha requires women to wear sleeves that cover the elbow. Nevertheless, there are plenty of communities where women wear short sleeves, as well as communities where women wear sleeves down to the wrist. I think the closest thing to agreement among all these practices is that they all preclude wearing cap sleeves.

Similarly, I believe that women must wear skirts that go past the knee even when seated. However, there are communities where women also always wear stockings – sometimes high-denier and even with visible seams – as well as communities where women wear slacks. (I don’t know the halachic rationale for women to wear slacks; I’m just acknowledging that such communities exist and I wouldn’t consider them non-Orthodox over this issue.)

The same kind of dichotomy (trichotomy, actually) also applies to covering the collarbone, married women covering their hair, kol isha (men listening to women singing) and just about any other halachic aspect you could name. I have my line but there are invariably people to my right and people to my left. And that’s okay.

From your question, I infer that you have not yet established your line in this area. When you do, you will find the same thing: there will be people to your right and people to your left. Like I said, that’s okay. This is because your line isn’t necessarily others’ line. You’re not the boss of them any more than I’m the boss of you (which is to say, not at all). The important thing is that when we set our lines, we do it in consultation with halachic guidance.

When it comes to areas of Jewish law like Shabbos, kashrus and tzniyus, one shouldn’t just arbitrarily pick a practice. One shouldn’t choose the most lenient path because it’s easiest, nor should one leap to the most stringent position under the assumption that it’s necessarily “better.” Rather, one should choose a rabbi and act in accordance with his advice.

I know all this seems a little wishy-washy for a guy who wrote a book called The Tzniyus Book, but my book is descriptive rather than prescriptive. That is, it doesn’t tell the reader what to do, it explains the Biblical and Talmudic sources behind the normative practices within Orthodoxy. But I’ll share something about tzniyus that many don’t realize.

We’ve been talking about women’s clothing thus far because I assume that was the intention of your question. In our day and age, that’s almost always what people mean when they talk about tzniyus. But that’s not what tzniyus is about. At least not entirely. Tzniyus isn’t just for women and it isn’t just about what we wear. It’s for everyone, and it’s about how we act, even in private.

The book of Micah (6:8) teaches, ““He has told you, O man, what is good and what Hashem requires of you: only to do justice, and to love goodness and to walk modestly with your God.” The Malbim explains that to walk with God means to walk in His ways, which is the basis of all the mitzvos that are between man and God. But when one does so, he should do so modestly, as this is a private matter between a person and God.

So the first thing we know about tzniyus is not to be show-offy about how religious we are. From there, it’s a small leap that we shouldn’t be show-offy about other, more physical things. Men being all macho is an example of not acting tzniyusdikly.

The things we say can also be un-tzniyusdik. Bawdy humor, flirting and sexually suggestive speech are also issues of tzniyus, regardless of from which gender they originate.

And yes, the things we wear can be subject to the rules of tzniyus – again, both for men and for women. (The Talmud in Yoma 35b tells us that Rabbi Elazar ben Harsom’s mother made him an incredibly expensive robe. His fellow kohanim didn’t let him wear it because it was too sheer; the color of his flesh was discernible through it. This was considered a problem and he was a man!)

Are women’s clothes an aspect of tzniyus? Absolutely. But so are men’s clothes, women’s speech, men’s speech, women’s actions and men’s actions. What women wear may be an important area of halacha but I’m afraid we’ve become preoccupied with it at the expense of caring about how we behave in front of man and God. So you want me to tell you the basic halachic requirements for tzniyus? I would say that the bottom line, on which all communities could agree, is to strive to “walk modestly with your God.” To paraphrase Hillel (Shabbos 31a), “All the rest is commentary – now go and learn it!”