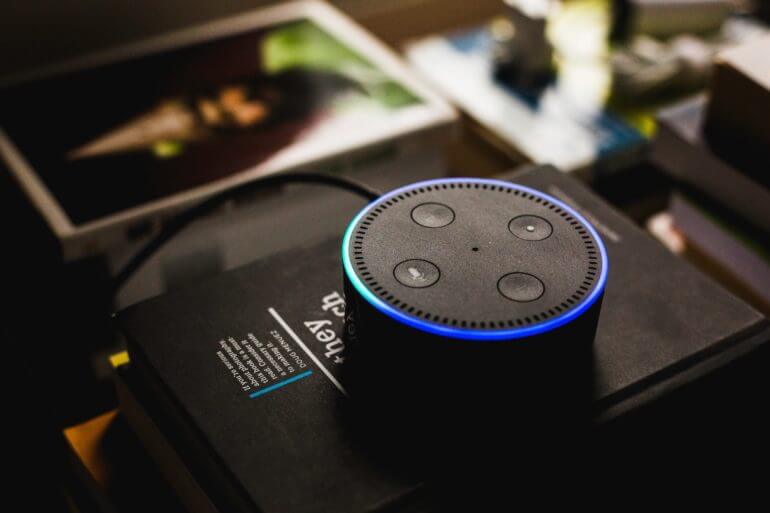 I automate a lot of things in my house and it seems that a lot of what I do could circumvent the rules of Shabbos. For example, you can automate lights going on and off, my humidifier, television, and my thermostat. I was wondering, is there any rule against voice commands automating lights or other appliances? There seem to be exceptions for asking that a non-Jew complete a task prohibited during Shabbos, so does a smart device count as a non-Jew?

Thanks for your question. I’m going to start by getting a little technical about how Shabbos laws work. One of the things required for culpability is intention. For example, one of the 39 melachos (prohibited labors) of Shabbos is m’chabeh (extinguishing).  In the building of the Mishkan (Tabernacle), this was done for the purpose of making charcoal. If one extinguished a fire on Shabbos in order to make charcoal, he would potentially be liable to capital punishment or obligated to bring a sin offering, depending on whether one was intentionally or unintentionally violating Shabbos. If one extinguished for another purpose, such as to enable a sick person to sleep, he would be exempt from these penalties but the action is still prohibited. So right off the bat, intention affects liability, though the action is prohibited even when performed for a different reason.

Additionally, the Sages instituted further things from which we must refrain on Shabbos, based on Exodus 23:12. An example would be a rabbinic prohibition against commerce, which can lead to the Biblical prohibition of writing. Such enactments are called shvus. File all this information away for a few minutes.

I have seen a number of people online opine that the issue with Alexa and similar devices – or at least an issue – is the ruling of the Chazon Ish that completing an electrical circuit on Shabbos violates the Biblical prohibition of boneh (building). Based on my research, this doesn’t really seem to be the issue but I mention it because the idea seems to be ubiquitous, even if it’s not the thing that bothers the authorities.

So, what does bother the authorities? The Talmud in tractate Baba Metzia (90b-91a) discusses the Torah prohibition against muzzling an ox as it treads one’s grain. It asks if one violates this prohibition if he prevents the ox from eating by using his voice, i.e., by yelling at the ox whenever it tries to eat. While there is an opinion that a voice is nothing, we follow the opinion of Rav Yochanan, who says that this is indeed a violation of muzzling one’s ox. We see from this that words that cause an action are tantamount to actually performing the action (Tosfos s.v. Rav Yochanan amar chayiv…).

Let’s take things one step further. Let’s assume that one decides not to active a smart device on Shabbos by saying, “Alexa,” “Hey, Siri” or “Okay, Google.” Even so, the devices are problematic. This is because these devices are constantly scanning, waiting to hear their wake words.

Earlier, we discussed how melacha requires intention. Let’s say that an action which would be prohibited if performed intentionally is the unintended consequence of something else. The classical example is dragging a heavy bench across your back yard. You’re doing it because you want to sit in the shade but doing so carves furrows in the ground, which is the melacha of choreish (plowing). So the first issue is whether the unintended consequence is inevitable; things that may or may not happen are more lenient than things that will definitely happen. The second question is whether the unintended side effect is desirable; things we don’t care about or actively don’t desire are more lenient than consequences that please us. This all applies to rabbinic laws – the aforementioned shvus. The Mishnah Brurah (337) rules that we can act leniently when there a case of one shvus added to another. (Sephardic authorities are generally lenient even in the case of a single shvus.)

So is just having Alexa turned on a melacha? Recording one’s voice is unintended and inevitable but is it desirable? Rabbi Binyamin Zimmerman of the Zomet Institute says that since Alexa is always capturing sound and analyzing it to see if it contains its wake word, it’s a desirable function of the device. (To use the vernacular, it’s a feature, not a bug.) Therefore, keeping Alexa powered on and unmuted on Shabbos is problematic even if the wake word is never spoken.

Just as intention is a potential mitigating factor to melacha, so is performing an action kil’achar yad (literally “as with the back of the hand,” i.e., in an unusual manner). When something must be done on Shabbos that we would normally not do, the halachic advice is always to do it kil’achar yad. (This does not include when one must act quickly to save a life – then we just act!) The idea I have seen suggested, that Siri and Alexa are somehow activated kil’achar yad, doesn’t hold water. The devices are specifically designed to be voice activated, so that’s their normal manner of operation!

Finally, let’s address the issue of equating Siri or Alexa to employing the services of a non-Jewish friend. Asking a non-Jew to perform melacha for you on Shabbos is called amira l’akum and it’s a greatly misunderstood area of halacha. For example, if it’s getting dark out and your non-Jewish friend turns on the light so that he can read, you can benefit from the light; if he turns on the light so that you can read, you have to leave the room. This area of law is actually far more technical than most people realize and it’s probably advisable to stay away from it altogether unless one is proficient in all its various intricacies. (Perhaps we’ll address this in the future.) That having been said, asking Alexa to adjust the lights or the temperature would be worse than amira l’akum, even in a situation where amira l’akum would be permitted. This is because, as we said earlier, performing an action with one’s voice is still performing the action.

Rav Moshe Feinstein famously did not permit the use of timers on Shabbos (except, reluctantly, for lights, because people were already accustomed to such a use). He wrote that if timers had existed in Talmudic times, the Sages no doubt would have prohibited them just as they prohibited amira l’akum (Iggros Moshe OC 4:60). After all, if one can perform every conceivable labor – be it through a non-Jewish friend, a timer or a smart device – then Shabbos would be just another day.