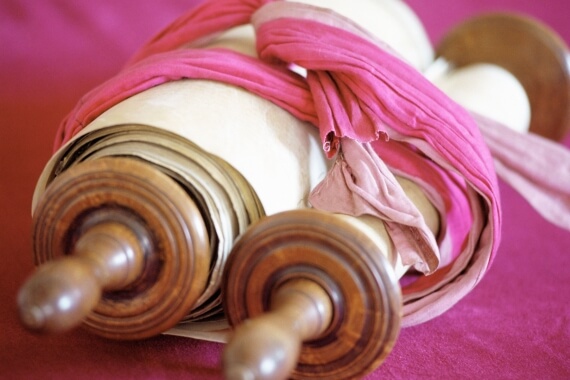 What is [REDACTED] Judaism?

Thanks for your question. You may be wondering why I redacted it, removing certain information before releasing it to the public like some sort of sensitive government document. It’s because you asked about another stream of Judaism. (Which one isn’t important; readers can fill in the blank with whatever their imaginations like.) So why redact it? I’ll explain.

Regular readers may be aware that I don’t speak for other religions. For example, if you ask me why Jews don’t believe in the “virgin birth,” I’ll explain Isaiah chapter 7 to you. When I do, it will be so clear that you won’t have any suspicions that the text could possibly refer to a birth 700 years later, virgin or otherwise. (That’s not because I’m such a wonderful teacher; it’s because such a reading is clearly not consistent with the text.) The logical follow-up question is, “If it’s so obvious that the text doesn’t mean that, then why does the Christian world – which is huge – believe otherwise?” That’s actually an excellent question and I’m perfectly capable of answering it, but what I’ll tell you is, “That’s a question that should be directed to a priest or a minister.”

Why won’t I explain what they believe? Because it’s a lose-lose game. I can describe their position, poking holes in it as I go, and be perceived as mocking someone’s else’s belief system. Alternatively, I can try to be respectful of others’ beliefs at the risk of making ideas that I consider heretical sound plausible. I have no interest in doing either of those things. My job is to explain Judaism.

The same is true of the various streams within Judaism. My job is to explain Orthodoxy. Trust me, given the gamut within Orthodoxy from modern to Chareidi, that’s already a pretty big tent. But if you ask me about streams of Judaism outside of Orthodoxy, that’s the same lose-lose game as talking about other faiths. I can talk about them from an Orthodox viewpoint, which could be perceived as me trying to make them look bad. If I discussed things I don’t accept as if I could potentially accept them, then I’d be presenting another stream as if it were an equally valid alternative, which I don’t believe it is.

In the year 2448 from the Creation of the world, corresponding to 1312 BCE, the Jews who had left Egypt stood at Mt. Sinai. There, God gave Moses the Torah to teach to the entire nation. Moses was succeeded by Joshua, who was the next teacher in the Torah transmission. Joshua was succeeded by the Elders, who were succeeded by the Prophets, who were succeeded by the Men of the Great Assembly. The Torah was transmitted in this way throughout the ages. All the great sages of the Talmud, from Hillel to Rabbi Akiva, were part of this transmission, which continues today. In short, Orthodox Judaism is the unbroken chain of Torah that goes all the way back to Sinai.

To outline the entire belief system of Orthodox Judaism here would be untenable, so let’s focus on three basic beliefs: (1) God gave the Torah Himself; (2) the Torah comprises a Written Law and an Oral Law; and (3) the Rabbis of the Talmud and their successors have the authority to institute appropriate laws. Let’s briefly examine each of these ideas.

God personally wrote and gave the Jews the Torah.The ramification of God personally composing the Torah is that God is omniscient; He knows the past, present and future. If God personally said “don’t eat pork,” “keep the Sabbath” and “don’t steal,” then those laws are applicable forever. Refraining from pork and keeping the Sabbath may not seem as logical to us as not stealing. We may think that modern technology has rendered them moot. But if these laws were given to us in infinite wisdom by an all-knowing God (Who created the world and loves us), then we do them because they are His will. Additionally, we study His Torah to better understand the reasons behind these commandments.

Another important implication of God’s omniscience is that “there is nothing new under the sun” (Ecclesiastes 1). No situation can arise that would not be adequately addressed by applying the existing principles given to us by God. There is no conceivable scenario that could fall outside the purview of the Torah.

The Torah includes a Written Law and an Oral Law.The existence of an Oral Law is both implicit and explicit in the Written Torah.

We can see that it is implicit from the story told in the Talmud (Tractate Shabbos 31a) of a man who asked to be converted to Judaism on the condition that he only accept the Written Law, but not the Oral Law. The great sage Hillel demonstrated that one cannot even learn the alphabet (which is necessary to study the Written Law) without relying on oral teachings.

The Oral Law is explicitly indicated by Deuteronomy 12:21, which says that we should ritually slaughter animals for food in the manner that God has instructed. The laws of ritual slaughter, however, do not appear in the Written Torah at all! They are exclusively in the Oral Law. (The entire Book of Deuteronomy is supposed to be a repetition of previously-stated laws – that’s what the word “Deuteronomy” actually means – but many laws appear there for the first time, as they were previously given only orally.) Without the Oral Law, we would not know the definition of “labor” in terms of Sabbath observance, what totafot (tefillin, phylacteries) are, or many other details necessary for even rudimentary observance of the Torah.

The Rabbis of the Talmud and their successors have the authority to institute appropriate laws.The two main reasons for instituting new laws are (a) to safeguard Biblical laws and (b) to improve the quality of community life. The Torah itself gives the Rabbis this authority. In Deuteronomy 17:9-11, God tells us to follow the Torah the way it is explained for us by our religious leaders, deviating neither right nor left from their words. In Exodus 23:13, the Torah actually commands the Rabbis to enact laws to safeguard the sanctity of the Sabbath.

Not everyone in modern society with the title “rabbi” is necessarily part of the unbroken chain of tradition. Just like a Supreme Court Justice must act according to what is Constitutional and not legislate from the bench, a rabbi must act based on the precedents of the Torah, the Talmud and previous generations of scholars, not unilaterally innovate or discard religious practices.

Some things in Orthodoxy might be beloved but dispensable (our fashionable hats, for example); these principles are not. Given that we consider these to be indispensable tenets of the Torah, any movement that rejects them cannot be considered by Orthodoxy to be an equally viable alternative.

Throughout history, there have been movements that rejected one or more of these tenets, such as the Sadducees of the Second Temple period. Such movements might not believe that the Torah was written by God. They might deny the validity of the Oral Law. They might reject the authority of the Rabbis of the Talmud and/or consider their own authority to be equally valid. We just can’t get behind such ideas.

This is not to suggest that the practitioners of other streams of Judaism are insincere. Most of them – like most Orthodox Jews – are just trying to serve God in the best way they know how. Any issues we might potentially have would be with the people who originated streams that we consider to be inconsistent with Torah, not with people raised in such streams or who found their way to Judaism through them. All Jews are our beloved brethren regardless of what stream of Judaism they may practice – or if they follow any form of Judaism at all. (Fun fact: I was raised Reform! Surprised?)

Editor’s note: A version of this article was inadvertently run minus Rabbi Abramowitz’ redactions. Jew in the City regrets the error.

The Connection Between The Queen’s Passing And Rosh Hashanah