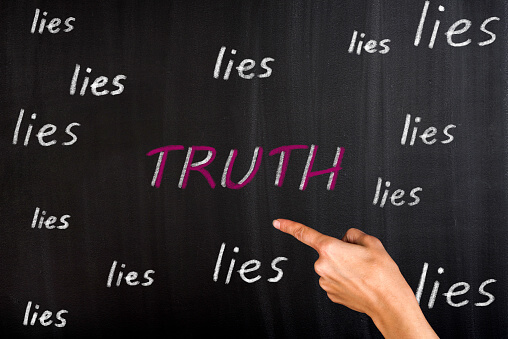 The last time someone lied to you — did you know it? Dr. David J. Lieberman probably did. He’s a renowned psychotherapist and the author of eleven books — including the NYT bestseller Get Anyone to Do Anything and Never Be Lied to Again. He has trained personnel in the U.S. military, the FBI, the CIA, and the NSA, and his instructional video is mandatory for psychological operations graduates. He’s also a blackhat Orthodox Jew who lives in Lakewood, New Jersey.

In addition to having appeared as a guest on more than 300 television and radio programs, he teaches government negotiators, mental health professionals, and Fortune 100 executives how to better navigate human interaction in their fields of interest. He is also a noted speaker in the Jewish sphere, known for his ability to blend the wisdom of Torah with the psychological process in a way that people of all backgrounds can understand and enjoy.

In short, he’s a master when it comes to reading people. His newest book, published by an imprint of Penguin Randomhouse is Mindreader: The New Science of Deciphering What People Really Think, What They Really Want, and Who They Really Are, was released just last week. Regarding the premise, Dr. Lieberman explains that, “Although human nature hasn’t changed in thousands of years, communication has.” Twitter is based on using 280 characters to convey a message, for example. Covid has put a damper on using traditional techniques for reading people, such as body language and looking at facial expressions. Mindreader takes a look at psycholinguistics — how people use language to better understand what they really mean and feel. He helps readers learn how to determine a person’s true intentions and personality…in spite of what they may be saying.

One cannot help but ask how Dr. Lieberman got into such a fascinating field, carving a unique niche for himself. While Dr. Lieberman always had a fascination with human nature and behavior, his professional aspirations were never to practice psychology one-on-one. As he studied the field, he began writing and published his first book 25 years ago. The more he wrote, he began to understand that no matter how much people work on themselves and try to improve their lives and relationships, it is very difficult to truly move forward in life if there are manipulators and liars taking advantage of others. After this realization, he began developing techniques in the area of interview interrogation — which ultimately caught the attention of law enforcement. And so his career began.

He is not the first in the field to research these subjects: he jokes that his books are full of footnotes, referring to the many others who have studied and practiced psycholinguistics before him. However, some of the foundational material came from his own work and his educational career in law enforcement. Psycholinguistics looks at how our thoughts, feelings, and attitudes are reflected in styles of speaking. The words we use in everyday conversations reveal a great deal about who we are — if we are being honest, if we are prone to depression, how secure we are in our relationships, and so on. The sophistication of these psycholinguistic techniques is a fairly newer development as Dr. Lieberman and his colleagues have gone to the drawing board due to recent changes in standard communication patterns and are thus considered revolutionary in this field.

Statistically, people make somewhere between 60–150 lies a day on average; this includes small lies, lies of omission (intentionally leaving things out), and lies of commission (saying actual falsehood). Over the years, Dr. Lieberman has developed techniques to help individuals know when they are being lied to and how to respond. Despite the changes in communication styles, some principles remain constant throughout the years. According to Dr. Lieberman, the rule of thumb is to say nothing. If you believe you are being lied to and immediately confront the person, in the event that you are incorrect you injure your relationship with the person. Secondly, speaking up interferes with your ability to gather more information.

People love to call others out on lies — whether it’s personally or professionally (and especially in today’s callout culture) — yet what makes this book unique is that it relies on multiple signs of untruth and manipulation before suggesting calls to action. Even if it’s clear that the person is lying, the smartest thing is to gather more information, wait things out, and look at the whole picture. Hashkafically and halachically, you also want to make sure that you are dan lekaf zechus and don’t embarrass somebody. Perhaps they themselves are unaware of the truth. “What’s important to remember is that sometimes people aren’t lying to us as much as they’re lying to themselves,” he adds. “Calling them out on that lie is certainly not without its challenges.”

He reassures readers and listeners that even if a manipulative person reads his books to try to alter their speech patterns, the material in the book can still be used to counter them. He brings an excellent mashal: “In much the same way as someone splashes water onto your face, you’re going to blink: you know the water is coming, you know that you shouldn’t blink, but you can’t help yourself.” Human nature is human nature — you can be on guard for some things but you won’t be able to catch everything.

People believe what they want to: if we go into any relationship, be it personal or professional, and keep ourselves open to things we might not necessarily want to know or see, we will become receptive to behavioral signs and see people’s true colors. He criticizes people in the media who claim that criminals “just snap” before committing atrocities. “People never snap,” he says bluntly, “there are always signs to pay attention to. But the key is you have to keep your eyes open.” When we coast with cognitive biases, we will only see what we want to see, and we never want to see that someone we think well of is capable of manipulation or other bad things. While it is easy to distance oneself from horrors in the media, the same holds true for everyone’s personal relationships. Dr. Lieberman recounts how cognitive bias and preconceived notions have blinded people in circumstances like shidduchim and marriages, when a golden veneer has worn off… when in fact, the other person was lying all along.

Using His Method for Good

While law enforcement is one of the more popularized professional groups who use these techniques, Dr. Lieberman also trains mental health counselors. It is very difficult to help a client who is consistently lying to themselves, whether or not they are cognizant of it. The second half of Mindreader is structured more like a self-help book, and delves more deeply into understanding human nature. As you learn about other people, you also learn about yourself. He emphasizes once more that his books are not just meant to teach readers how to identify manipulators: these techniques are also meant to better understand oneself and gain personal techniques for strengthening relationships.

Furthermore, gullibility and naivete have nothing to do with intelligence. There are natures which are more trusting than others while others are more wary; life experience will also shape one’s perceptions of and relationships with other people. People who have been lied to and had their trust deeply hurt might not simply be more wary, but not even believe truths.

Alternatively, there are people who suffer trauma and their response is to be drawn to red flags rather than be hyper-aware and paranoid about them. In this case, they lose the ability to trust themselves, and will rely on those around them to reassure them of the truth — and if they are surrounded by manipulative people, this can be deeply detrimental. Being self-reliant in determining our beliefs and worth gives individuals a stronger sense of autonomy, and by extension a greater opportunity for being savvy in navigating relationships.

The Jewish Side of Things

From a Jewish perspective, there are times when one is supposed to lie for the sake of peace. Dr. Lieberman’s book, Seek Peace and Pursue It confronts the issue of improving peace and combatting estrangements, which has been shown to be acceptable to achieve through deception. The core principle of the Torah is that people be truthful and veer from falsehood. “At the same time,” he says, “we can bend the truth to accommodate the larger truth, which is shalom.” The halachos are intricate, but to exclusively be honest can be detrimental to shalom; “honesty is the best policy” is a nice platitude, but shalom is the real best policy.

To extrapolate on the Jewish tie-in to his new book, Dr. Lieberman explains that, to begin with, he always has his books vetted by a rav, whether they are intended for the Jewish or mainstream audiences. Regarding this manuscript in particular, he says that when the rav handed it back to him, he told Dr. Lieberman that this book was like a mussar sefer. This was Dr. Lieberman’s intention: that this not simply be a book about how to understand people and avoid being taken advantage of by unscrupulous people, but also how to better understand human nature.

“When we are more responsible and make better choices, you see that we have greater self-esteem and better relationships; when a person gives into their impulses and immediate satisfaction, in spite of the temporary feeling it injures our emotional health and our relationships,” he says. “Ultimately, the quality of our choices is interwoven with the quality of our lives.”

Is There Legitimacy to the "Jewish Death Curse?"