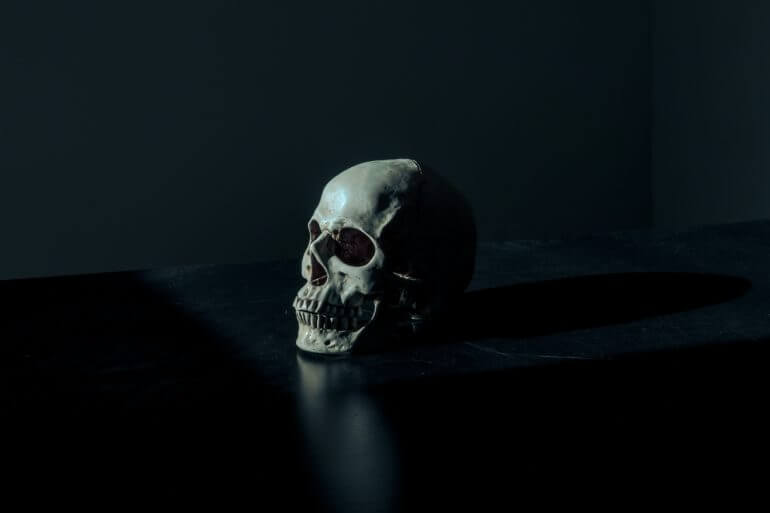 Is There Legitimacy to the “Jewish Death Curse?”

What’s the deal with this Jewish death curse? Is there any legitimacy to it?

Thanks for your question. For context, let’s explain what happened to prompt this inquiry. Exiled Ukrainian oligarch Hennady Korban – who is Jewish – recently revealed that he performed a ritual known as pulsa d’nura (meaning “lashes of fire” or “baton of fire”) against Russian President Vladimir Putin.

Basically, he said, “Avada Kedavra” to Putin. In theory, the pulsa d’nura ritual invokes angels, who block forgiveness of the victim’s sins. This causes all of the Torah’s curses to befall him, resulting in death. If the intended victim isn’t deserving of death, the curse boomerangs against the ones who performed the ritual. But is this an authentic Jewish concept?

I’m going to say no.

Now don’t get me wrong: I’m a staunch rationalist but even I have no trouble conceding that there are certainly legitimate mystical concepts in Judaism. This just doesn’t happen to be one of them.

Let’s trace the history of the phrase, which certainly appears in traditional Jewish literature:

One might think from all these sources that pulsa d’nura is a spiritual punishment – an actual whip of fire, perhaps – brandished against angels, souls and other non-corporeal beings. There are, however, two outliers among the sources.

First, there’s Baba Metzia 47a, in which Rava tells Rav Huna that if Levi were there, he would hit him with a pulsa d’nura for misrepresenting his opinion. Does this mean that Levi would pronounce a curse striking Rav Huna dead? From the commentators it would appear that this actually refers to a much more physical consequence.

According to one source (for which I have not found corroboration), the pulsa d’nura was actually a Roman implement of punishment. It consisted of small iron links interspersed with flat beaten plates, each about an inch in diameter. These were filed so that their rims were very sharp. They were then put into coals until the plates were heated to red hot, at which point the offender would be lashed. The heated plates cauterized the wounds so that the victim wouldn’t die from infection, enabling the Romans to prolong the victim’s suffering. (“Pulsa d’nura” is Aramaic; I have no idea what the Latin name of such an implement would have been.)

If pulsa d’nura was an actual type of Roman scourge, then we can even recontextualize our earlier sources. Perhaps Metatron, Gavriel, et al. weren’t being lashed with mystical whips of fire. Rather, the reference is to a more mundane – if horrific – form of physical punishment.

So much for Talmudic sources. The other exceptional source ostensibly comes from the Zohar. I found the phrase four times in the Zohar but I couldn’t locate the one cited. According to a secondary source that I was unable to confirm, the Zohar uses the phrase once to refer to a Heavenly punishment directed against a person who fails to fulfill their religious duties. This might suggest an origin of the modern-day pulsa d’nura, or at least for its name.

The use of the words pulsa d’nura to refer to a curse appears to be a modern invention. In 2005, Mishpacha magazine – a Chareidi publication – investigated whether the ritual has any legitimate basis in Judaism. The researchers –a professor from Bar-Ilan University and a public figure in the Chareidi community – consulted three actual kabbalists, all of whom confirmed that such a ceremony has no basis in Jewish mysticism.

The contemporary pulsa d’nura seems to be a mid-20th century Israeli innovation. In reality, it’s just a dressed-up excommunication ceremony. Secular Jews don’t really care if ultra-Orthodox Jews shun them, but a death curse tends to give one more pause. It’s been said that one hasn’t really made it in Israeli politics until a pulsa d’nura has been invoked against him.

One might think to credit the ceremony with the death of Israeli Prime Minister Yitzhak Rabin. After all, the ceremony was performed against him on October 2, 1995, and he was assassinated by Yigal Amir on November 4 of that same year. More likely, the ritual served – intentionally or otherwise – as a “call to action,” much the same way that Henry II’s exasperated “Will no one rid me of this meddlesome priest?” resulted in the assassination of Thomas Becket. Many Israeli politicians have been the target of the pulsa d’nura and are still going strong.

Even if pulsa d’nura were a real thing, it would be contraindicated. Cursing other Jews is a Torah prohibition. In the Talmud (Brachos 10a), Bruriah chastised her husband, Rabbi Meir, for praying for some local ruffians to die rather than praying for them to repent.

But what of Korban’s pulsa d’nura against Putin? “I am not a person who strictly observes rituals, although I am a believer,” Korban said of himself. Kabbalah is the most advanced, most esoteric form of Torah, possibly accessible to individuals after a lifetime of study. Do you really think that someone who is self-defined “not religious but spiritual” could successfully pull off even a legitimate kabbalistic ceremony, should such a thing exist? I am reminded of a quote popularly attributed to financier Michael Lewis in his 1989 book Liar’s Poker, but which really dates back to Lao Tzu (4th century BCE): “Those who know, don’t tell. Those who tell, don’t know.” If a real kabbalist ever cursed a public figure for whatever reason, I doubt very much that we’d ever hear about it.