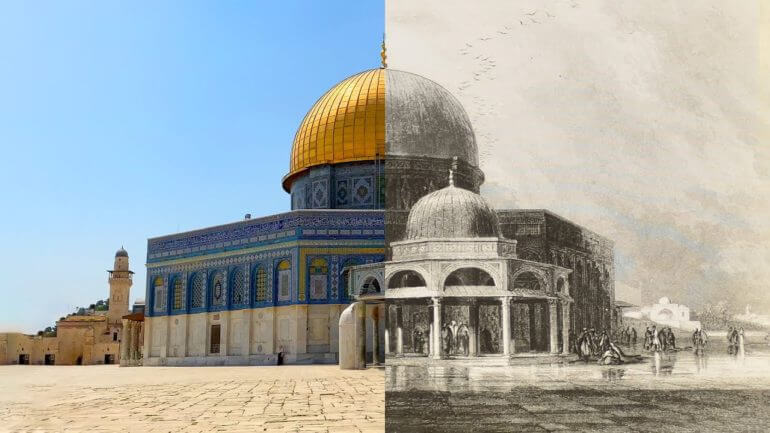 Are Jews allowed to pray on the Temple Mount?

Thanks for your question. The answer is both halachic and political. Before we get to the question of praying on the Temple Mount, let’s first address whether Jews may even ascend the Temple Mount. Short answer: it’s a difference of opinion, though it is prohibited by what seems to a significant majority.

The question arises as to whether these restrictions are in effect today. This matter hinges on the question of whether the Temple Mount retains its sanctity after the destruction of the Temple, which, technically speaking, is a difference of opinion. The Rambam (Beis HaB’chira 6:14) and other authorities are of the opinion that the Temple sanctity remains – penalty of kareis and all. (This concept can be seen in such Bible verses as II Chronicles 7:16, “And now, I have chosen and sanctified this House for My name to be there forever…,” which seems pretty straightforward.)

The Raavad, however, believes that the Temple sanctity departed, and the penalty of kareis with it, when the Temple was destroyed. There are, however, two ways to understand the Raavad: perhaps he permits ascending the Temple Mount, though it’s also possible that he prohibits it, albeit without the penalty of kareis for its violation. This question is fairly moot, however as, in practice, world Jewry subscribes to the opinion of the Rambam.

In 1867, Sir Moses Montefiore visited Jerusalem and entered the Temple Mount. When Rav Yosef Moshe of Lisa (who lived in Jerusalem) heard about this, he excommunicated Montefiore. Montefiore was reinstated because he reported that he had violated accidentally, mistakenly relying on the opinion of the Raavad. So his actions were considered wrong, albeit unintentional.

Nowadays, even those who ascend the Temple Mount agree that the Temple sanctity remains and, accordingly, must be careful to avoid certain locations within the Temple complex, which brings us to issue #2: do we know where those locations were? The short answer is no, we don’t.

We know that the “Har HaBayis” area in question was 500 cubits by 500 cubits (Middos 2:1), which is about 62,500 square meters. What we call the Temple Mount today is more than twice that size. While we have certain traditions about the location of things, the reality is that we have no way of knowing for sure what was where. Rav Ovadia Yosef wrote (Yabia Omer 5, YD 26) that since we can’t be sure exactly where the Temple stood on the Temple Mount, most of the area must be considered the place of the Temple out of doubt. When it comes to Biblical prohibitions in general, and the penalty of kareis in particular, it pays to act stringently.

One final reason to avoid ascending the Temple Mount is because, even when permitted to do so, Jewish law required extra reverence on the site. For example, one was not permitted to enter with shoes on his feet, a walking stick in his hand, or with his money belt; one couldn’t use the Temple Mount as a shortcut and one certainly couldn’t spit while there! (Brachos 54a) There are other restrictions on behavior there, including simply being there idly. It therefore seems that sightseeing would not be considered an acceptable reason to ascend the Temple Mount.

Rav Avigdor Nebenzahl, a contemporary authority, was asked that Rav Moshe Feinstein appears to permit ascending the Temple Mount (Iggros Moshe OC II, 113). Rav Nebenzahl answered that even if Rav Moshe did permit such a thing, it was only hypothetically since the rabbinic authorities of all the parties in Israel disallowed ascending the Temple Mount in 1967, as Rav Kook did before them. (Rav Kook, who died in 1935, was the first Ashkenazi Chief Rabbi of Israel when it was still under the British Mandate.)

In response to the first version of this article, a friend sent me a news item from 2008 in which Rav Shalom Elyashiv, Rav Chaim Kanievsky and Rav Ovadia Yosef sent a letter to the rabbi in charge of the Western Wall area asking him to reaffirm the ban on Jews ascending the Temple Mount. Rabbi Moshe Tendler – Rav Moshe Feinstein’s son-in-law and a Torah scholar in his own right – opined that “The rabbanim are not talking halacha, they’re issuing a political statement.”

According to Rabbi Tendler, we do, in fact, know where one may and may not walk. (The average tourist wouldn’t but a learned guide would.) Rabbi Tendler himself would ascend regularly, after immersing in a mikvah and without his wallet or leather shoes.

An esteemed rabbinic colleague of mine also informs me that the number of roshei yeshiva who take their students on the Temple Mount is actually quite substantial, and the practice is common among brides as well. That same rav sent me links to well over a dozen videos (in Hebrew) in support of the practice and outlining the permitted areas. He also cited two contemporary authorities, Rav Yaaqov Medan and Rav Yoel Bin-Nun, who both permit ascending the Temple Mount (though the latter does not personally do so in practice). My colleague concludes that “once you know the areas and the map well, the supposed prohibitions are hard to justify.”

I apologize for the dearth of this information in the first version; I didn’t find it in my research. I always try to be intellectually honest and present both sides of an issue fairly, but in this instance I appear to have fallen prey to some confirmation bias. I travel in circles that are pretty consistently anti-ascension. In consulting my usual go-to sources, I simply didn’t encounter pro-ascension positions (except for that of Rav Moshe ztz”l, which I found in the context of being “clarified” by Rav Nebenzahl). My colleague informs me that searching this topic online produces vastly different results depending on whether one is doing so in Hebrew or in English. This suggests that there might be a significant difference in perspective for those of us who live in Israel vs. those of us (like me) who reside in chutz la’aretz(i.e., outside of Israel).

This brings us to the political side of things.

When Israel recaptured the Old City of Jerusalem in 1967, they regained control of the Temple Mount, which over the centuries had become a Muslim holy site, the location of the Al-Aqsa mosque, AKA the Dome of the Rock. Israel made several concessions pending final status negotiations. For example, an Israeli flag would not be raised over the site and administrative authority would be assigned to the Islamic waqf. Currently, there are limits to the number of Jews who can visit at any one time.

As much as I’d love to see the Temple Mount in person, I’ll stick with the halachic course of action that I was taught, which happens to avoid the question altogether: I’ll stick with the Kotel. What should you do? As always, you should ask your own rabbi for guidance. If you do choose to ascend the Temple Mount, make sure you do so with a knowledgeable guide in order to avoid transgressing a prohibition that carries the penalty of kareis. 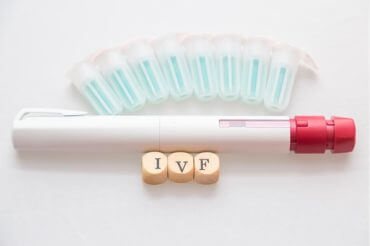