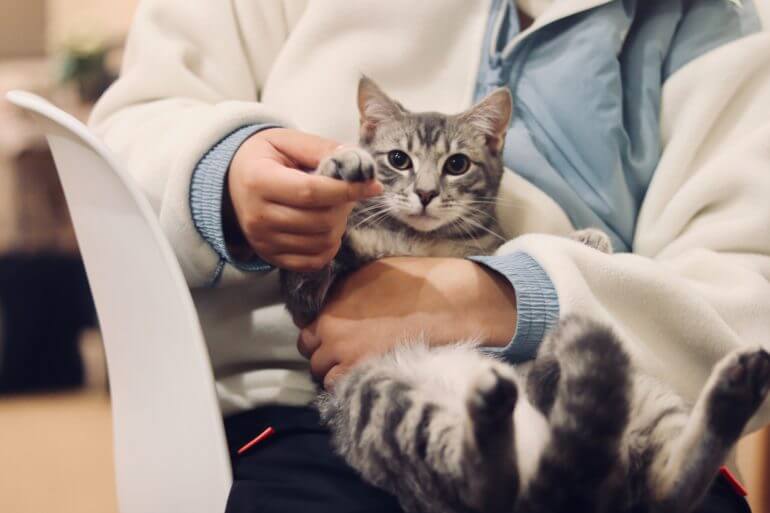 People can be quick to judge Chassidic Jews. Many people only see the external trappings of members of my community, such as beards, payos, and long dresses. But I want to give you a taste of how being Chassidic is much more than our cultural facade — it’s being able to connect to the Super Power above and within every day. This spiritual connection with Hashem manifests in everything we do: how we eat, sleep, marry, study, pray, and co-exist. Living according to the Torah, following the teachings of our Rebbe, and doing so with authenticity and joy comprise the heart and soul of being a Chassid. On that note, here’s CHASSIDIC FEMINISM 101.

By the time my mother graduated from college, she was a regular attendee at the local synagogue. She then stepped out of the rat race to attend Machon Chanah, a women’s yeshiva in the Chassidic enclave of Crown Heights. Not long after she started, a friend called her in a crisis.

“My supervisor won’t let me graduate,” her friend lamented over the phone. “What am I going to do?” Turns out, this friend — also a Balaas Teshuvah — was just completing her six years of college and veterinarian school. The university bureaucrat in charge of her matriculation told her she could only graduate if she wore the official scrubs of the school while performing her surgical rounds. The problem was that the scrubs for veterinarians were form-fitting pants, a short-sleeved V-neck shirt, and no stockings. This outfit was forbidden by the culturally conservative dress requirements of Chassidic women, who often choose to wear ankle-length dresses, shirts that cover the collarbone, elbow-length sleeves, and bullet-proof stockings. (Well, not really. But there was an all-female Chassidic punk-rock band called Bullet-Proof Stockings. If you don’t believe me, ask Rabbi Google.)

When she requested a religious accommodation, her preceptor — a self-proclaimed antitheist — just smirked and insisted that wearing the uniform was an unwavering stipulation in the course requirements she’d signed upon her original enrollment. “You either wear the scrubs we provide for you or you fail,” he uttered coldly. He was forcing her to make an impossible choice, one in which he’d gloat with a victory either way. “There must be a way,” my mother consoled her friend. “You’re a caretaker of animals, fulfilling a great Mitzvah in the Torah. Sounds like your preceptor needs to be taught that the Almighty created animals before humans to teach humanity some humility!”

My mother was passionate about how animal activism shows up in the Torah. In Judaism, animals have labor rights, 57 laws protecting them from physical (and psychological) distress, and the great scholar Rabbi Moshe Feinstein himself ruled that it is Halachically required to feed one’s animals in a loving manner. So my mother told her friend that Hashem would surely take care of her because her future career would be taking care of His creatures. As the Eshes Chayal liturgy declares, “Her mouth opens with wisdom and a Torah of kindness is on her tongue.”

Then a miracle occurred. About a day after they spoke, my mother’s friend was sitting outside one of the lecture halls, under the shelter of a large tree, trying to get some homework done. But she couldn’t concentrate. She sat there, hunched over with a blank stare, as she contemplated giving up her dream for the sake of her religious conviction. “‘S’cuse me, Miss?” The old janitor of the university appeared before her, leaning on his well-used mop. “Why are you so down? You’re usually so cheerful.” She looked up, paused, and decided to confess her problem to the kind man she saw every day. After all, she was one of the few students on campus who knew his name, let alone acknowledged him with a “Good morning!” As she spoke now, dozens of students walked past them, oblivious to her drama.

“He’s doing that to you, ‘ey?” The janitor’s eyes narrowed. Then they flew open, and a jolt of energy seemed to shoot up his spine. “Wait right here, Miss. I have an idea.” He hobbled off faster than she’d ever seen him move before, leaving her bewildered and alone. After what seemed like an eternity, he returned carrying an ancient-looking suit bag. Draping it over the park bench, he blew off a cloud of dust. “I remember seeing these when I first started working here. Surprised they still have ‘em in stock.” Breathing heavily, he unzipped the bag and pulled out its contents as he explained that the university had been in existence since the late 1800s and in every graduating class, there had been at least one woman. When my mother’s friend saw what he was holding, she gasped and tears sprang to her eyes.

In his gnarly, weathered hands were surgical scrubs from almost seventy years prior. They had the university’s official logo proudly displayed on the front. But, most importantly, this official uniform consisted of an ankle-length skirt, a long-sleeved blouse, and matching knee-high stockings. On the first day of surgical rotations, her preceptor’s mouth dropped open as she swish-swashed past him in her new but-ancient university scrubs and collected her future. On the day she eventually graduated, she didn’t even bother looking at him. No, her eyes were locked on the spot at the back of the crowd where the janitor sat, wearing his best suit, as he smiled right back at her.

The master of ceremonies gave the signal and caps and cheers were thrown high into the air. But my mother’s friend just closed her eyes as she thanked the Almighty for sending her what was obviously an angel disguised as a janitor.

With stories like these, my mother taught me that a warrior is defined not by the glorification of violence but by the moral nobility of her values. Through their small acts of resistance and persistence, my mother and her friend fought to be feminists in their own way. For them, feminism means to be boldly authentic, tenaciously unapologetic, and doggedly dogmatic to do that which one believes is Divine.

Amen, so may it be Her will.

Levi Welton is a rabbi, psychiatric clinician, and United States Air Force chaplain who has served communities in Australia, Canada, South Africa, and the United States. He was a popular rabbi in the Hamptons and the senior rabbi of Lincoln Park Jewish Center. Rabbi Welton enjoys spending time with his family singing Shabbos songs and working to bring Moshiach. His debut book “Be like The Moon: a Chassidic memoir” is available on Amazon.com or via the author directly at www.rabbiwelton.com. To get an autographed copy of the book, email rabbiwelton@gmail.com with your mailing address. It’ll be shipped directly to you and it’ll even be cheaper than on Amazon!

What Does the Loss of the Temple Have to Do With You?