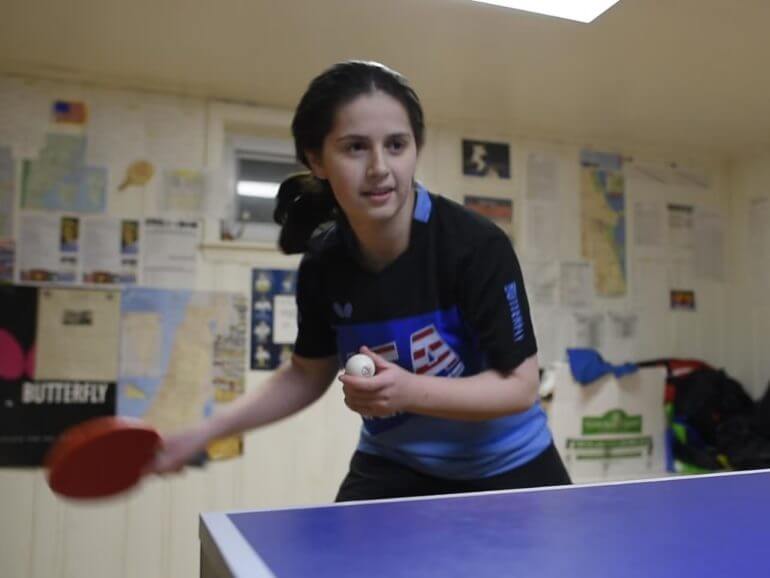 Estee Ackerman, 20, is equal parts grace and determination. She has been crushing ping pong tables since she was just eight years old — achieving high national rankings — and continues to work at the sport.

She’s well-respected in the world of table tennis — she’s currently ranked 40th in the United States and 7th in Israel — and proudly represents her religion and culture as an Orthodox Jew as she plays.

Unfortunately, not everyone else feels the same way. Over July 4th weekend and into the week following, Estee participated in this year’s U.S. Nationals in Fort Worth, Texas. It’s the biggest event of the year that’s held in America, according to Estee, and she’s been playing in it for about 10 years. The top players from all over the country come to compete in tournaments that are broken down by age, ability and singles or doubles.

This year, Estee’s father, Glenn, thought it would be a good idea to pair her up with another top player around her age for the women’s doubles quarterfinals, a main event at the tournament. He called her mother and arranged for them to partner in the weeks leading up to the match.

Estee and the girl selected — who have known each other from around — texted to set up a time to meet and practice at the tournament the morning of their match. Shockingly, that same morning Estee received a call from her partner’s mother verbally assaulting her. “She told me I didn’t look professional and that I didn’t seem to be taking the tournament seriously,” Estee shares. Her father said she commented that the outfit Estee was wearing was “disgusting,” “ugly,” and “embarrassing.”

As an Orthodox Jew, Estee competes in a skirt with leggings attached that’s meant for working out, and a short-sleeve competition shirt with shooting sleeves that doesn’t inhibit her movement or ability to play at all.

After that, the girl’s mother defaulted the match so Estee couldn’t play. “It ruined the entire day and the rest of the tournament for me,” she shares. “Sports are supposed to be fun. Competitive yes, but everyone should be equal. As the years go on, the whole world is increasingly working with people of all different genders, religions and cultures. I’m all about bringing peace and joining forces with different people in the sport. It’s very sad and absurd that I experienced what I did. I just want people to compete in a healthy environment, one which I’ve usually experienced in my time in table tennis.

Estee’s father explains that these events are quite inclusive — there are players with tattoos, various piercings, and hair of many colors.

“I’m not sure why it happened,” Estee says. “It seemed like discrimination because of what I wore. Maybe [the mother] also didn’t want her daughter playing with me in the end because she’s ranked slightly higher. Maybe she saw me competing in the days prior and just didn’t like what she saw. She’s a very strict and intense coach.”

While Estee was certainly hurt by the interaction, she isn’t discouraged. “I’m the only Jewish, orthodox athlete doing this. I don’t compete for the medals and the trophies, I want to show people that they can dream big and never think Judaism is going to get in the way of their goals.”

Estee’s father spoke with tournament director, Mike Baubin, the next day who felt terrible about what happened and planned to put something in the event recap about the incident to prevent future discrimination that could occur.

Estee hopes that the incident will further ensure that tournaments are a place of peace and safety for those of all religions, no matter how someone looks.

In spite of it all or maybe because of it, Estee is staying strong, rooted in her faith. She will be a senior at Yeshiva University this fall and is in Israel for the summer as an advisor for an NCSY program. “We don’t always know why things happen,” she says. “Hashem runs the world.” 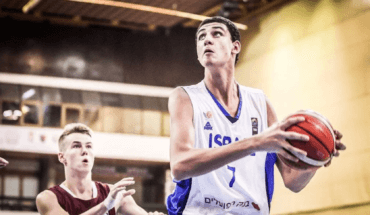