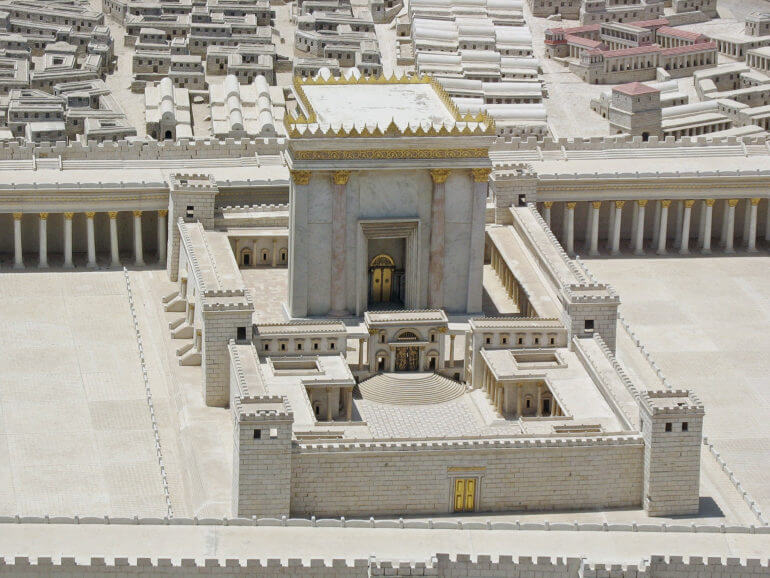 What Does the Loss of the Temple Have to Do With You?

One of the hardest times in the Jewish calendar is the period of the three weeks, culminating in the fast of Tisha B’Av. It’s a time when we do things to actively reduce our joy, as we mourn the destruction of the Holy Temple. But as we try to connect, it can often be quite difficult. The Temple has been gone for close to 2000 years and wasn’t it just a building? What difference does it make in our lives?

It is a mistake to think that when the Temple burned down, the only thing that changed was that we no longer had it. The world has changed dramatically since then — that is what we are sad about during the three weeks of mourning. In this time, we hope for the Temple’s rebuilding to regain that holy world again.

What was that world like? Why do we yearn for it?

There are two phases in Jewish history. Let’s start with the phase of prophecy. The world where there was prophecy was dramatically different than the world we live in today. It wasn’t just that there were a few individuals in each generation who G-d communicated with, the world itself was alight with a clarity and there were open miracles that spoke of a G-d who was intimately involved in our lives.

At the time that prophecy was ending, the anshei Knesset hagdola, or the men of the Great Assembly composed blessings that we still say today. There are blessings for every occasion — for the food that we eat and even for going to the bathroom. Before they formalized the blessings, people did still say them at times, but they were more spontaneous. Why wasn’t there the same necessity for people to say blessings during the age of prophecy?

It begins with understanding what a blessing is. A blessing begins with the words baruch atah, commonly translated as blessed are you G-d, but more accurately translated as G-d You are the source of blessing. And this was the change. During the age of prophecy, the world was alight with clarity. A person could pick up an apple and it was obvious that the apple was a gift to them from the Divine. Now that prophecy has ended a person picks up an apple, and we see, well, an apple! So we need to make a blessing to remind ourselves that this isn’t just an apple, but a gift to me from G-d.

It doesn’t end with the apple though. That clarity permeated through all areas during the time of prophecy. So a person would see another person, and instead of just seeing someone with flaws and annoying habits, they would have the clarity to see the Divine within that person. Nowadays, we don’t see it so clearly. We have to look hard to see the Divine in other people — with some people we have to look very, very hard! But imagine how our relationships would look if we saw another person and we immediately saw the Divine in them. Imagine how much easier it would be to get along and overlook their annoying habits.

During this time, we can also imagine what a visit to the Temple looked like. Here’s a way to visualize it.

Imagine your smartphone is low on battery. You plug it in, and it charges up. Now imagine that you are that smartphone — you would go to the Temple to become recharged. Once you did that, you would start to see things with more clarity again. If we could do that now, we could see the gift in the apple, the Divine in people – including ourselves – and the clarity in life.

Sometimes life throws us challenges and we struggle to see what the point or purpose is. While we still had the Temple we could go and get the recharge we needed to help us see the opportunity in the challenge. With the loss of the Temple, we lost the clarity to see things as they really are, and the world became a darker place. This is what we mourn, and this is what we wish for. May we merit the clarity once again.