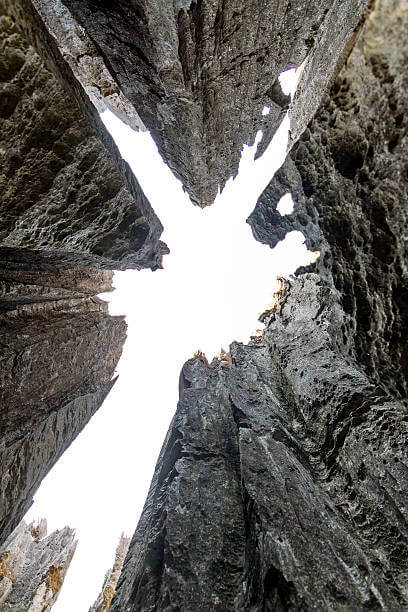 Were the Jews Forced to Accept the Torah?

Were the Jews forced to accept the Torah? It was literally held over our heads and could seem to be given in such a way where we had no choice but to accept it.

Thanks for your question. Let’s explain it. Exodus 19:17 says that at Sinai the Jews “stood under the mountain.” The Talmud in Shabbos 88a expounds upon this verse as follows:

“They stood under the mountain” – This teaches that God held the mountain over the Jews like a barrel and said, “If you accept the Torah, good. If not, here will be your graves.” The gemara then asks your exact question: this would seem to give the Jews a valid reason to object to the Torah! Rav acknowledges this but he points out that the Jews later accepted the Torah willingly, at the time of the Purim story. Esther 9:27 tells us, “They upheld and accepted,” meaning that they upheld what they had previously accepted.

Now you might think that interpreting Esther like that is a tad too convenient and not the simple meaning of the text. Fair enough, but the same could be said about the verse from Exodus. The simple meaning of “standing under the mountain” isn’t literally under the mountain! If anything, that’s a way more fanciful interpretation than the one from Esther, so no fair accepting the exposition of the problem but not of the solution!

Of course, it’s not a completely satisfying solution. Sure, our ancestors willingly accepted the Torah after they were saved from Haman but what about all the people who lived between Sinai and Purim? So let’s look at some interpretations of this story.

First, we have to address the fact that, even before the Torah was given, the Jews had already accepted it! In Exodus 24:7 our ancestors declared, “All that Hashem has spoken will we do and we will hear!” So it would seem that even if God compelled the Jews to accept the Torah, He was only compelling them to do what they had already agreed to do!

Tosfos on Shabbos 88a suggest that perhaps the great spectacle at Sinai, which literally caused the Jews’ souls to leave their bodies, intimidated them to such an extent that they retracted their commitment, requiring God to resort to extreme measures.

The Midrash Tanchuma (Noach 3) suggests that the Jews only said naaseh v’nishmah (we do and we will hear) regarding the written Torah but He had to compel them regarding the Oral Law, which is somewhat more daunting. (This makes sense. There are only 613 mitzvos in the written Torah, a large number of which deal with things like ritual purity and sacrifices that we don’t even have to worry about. But try learning Daf Yomi: at the rate of a page a day, it will take you seven years just to get through the Babylonian Talmud – and that’s just one part of the Oral Law!)

An idea occurred to me that the perhaps the appearance of physical coercion in the barrel story is really only a metaphor for spiritual coercion but that seemed too bold a statement to make without some precedent. I found two sources that corroborate this idea in different ways, one traditional and one contemporary:

The Meshech Chachma (Yisro 27) suggests that holding Mount Sinai over the Jews like a barrel means that God showed them His glory, which made exercising free choice impossible. They had such clear insight at that time that there was no way they might refuse the Torah.

Rabbi Jonathan Sacks points out that God had just performed a slew of overt miracles for the Jews, from plagues in Egypt and splitting the sea to literal manna from Heaven and water from a rock. Accepting the Torah after He had just done all this for them isn’t really an unbiased consideration of the deal. Later, at the time of the Purim story when God’s involvement was hidden, they could make a more balanced analysis of what they were agreeing to.

Along theses lines, the Maharal writes that perhaps God had to compel the Jews to accept the Torah even after their pledge of naaseh v’nishmah because if they opt in now, they could always opt out later. God had to show them that Torah isn’t subject to whims, it’s a permanent commitment. (Tiferes Yisrael 32:1)

And what about the intimidating “if not, here will be your graves?” Isn’t it clear that God was threatening to squash them with a mountain? Perhaps not.

The gemara in Shabbos (88a – the same page as the barrel story) expounds on Genesis 1:31 that God made a condition with Heaven and Earth that if the Jews wouldn’t accept the Torah, He would return the universe to emptiness and void. The Maharal (Gur Aryeh Exodus 19:17) suggests that this is what necessitated the Jews’ compliance.

The Ramban, on the other hand, takes a less cosmic approach. He posits that the Jews were only being given the land of Israel so that they could keep the Torah. This is clear from many Bible verses, such as Psalms 105:44-45, “He gave them the lands of the nations…that they might keep His statutes and observe His laws.” And, as you are aware, when the Jews neglected the Torah, they were exiled from Israel. It follows logically that had they not accepted the Torah, they never would have entered Israel and would have died in the wilderness.

So there are numerous ways to understand this story. God held the mountain over the Jews “like a barrel.” Why a barrel? Why not like a rock or you know, a mountain? A barrel can be inverted. If you turn a barrel upside down and hold it over someone, they’re surrounded by its walls. Perhaps this metaphor means that God enveloped them with His glory. He said “if you don’t accept the Torah, this will be your grave.” Perhaps that’s not a threat. Rather, it’s a statement of fact, either because the Jews wouldn’t enter Israel or because the world would simply end.

These aren’t even all the interpretations of this tiny story. Midrash and Aggadah (the non-legal portions of the Talmud) aren’t history lessons and they aren’t fairy tales. They’re advanced teachings intended to be unlocked by those who possess the proper keys (i.e., Torah knowledge). By delving into such stories and not taking them at face value, one can gain access to profound wisdom about God, the Torah and our world.