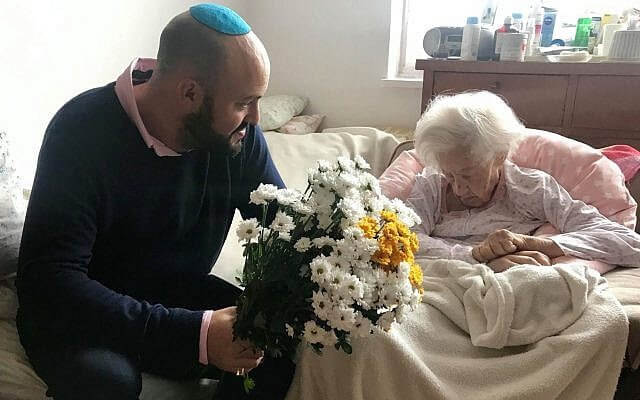 Seventy seven years might be a long time, but the memory of kindness lasts forever. As we commemorate the Holocaust on Yom Hashoah, we also take the time to recognize those who risked their own lives to save Jews during WWII.

From the Depths, an organization that works with Holocaust survivors, has an additional branch which works with Righteous Among the Nations: Israel’s title for non-Jews who risked their lives to save Jews from the genocide. A portion of these righteous still reside in Poland as they did during the war.

Like many older Polish residents, these Righteous Among the Nations have been afraid to step outside since the outbreak of COVID-19 because they are more susceptible to the virus.

From the Depths volunteers – which previously had a free taxi service for these elderly once-rescuers so they wouldn’t need to take public transportation and risk exposure – transformed their fleet into a delivery service. The group sourced groceries and other necessities, and even hot food. They have a list of 40 addresses who are all in need of grocery deliveries, and the cars’ interiors are wiped down and sanitized between each outing.

Jonny Daniels, the founder of From the Depths, says, “these are people who stood up for the Jews in our people’s hour of need, well, now this is their hour of need and we need to stand up for them.”

The Righteous Gentiles have become Daniels’s friends and they invite him in for a cup of tea when he delivers the packages. “I politely refuse the invitations,” he says. “These are people I usually hug and kiss on the cheek at events, but these days I just carry the bags into their apartments and I’m out of there.”

Krystyna Kowalska, who helped saved a Jewish family during the Holocaust, says, “It’s a kind service. It means that I don’t have to go outside and risk my health. The fact that I can trust them means the world to me.”

“Now is the time, more than any, to stand up, to be counted, to show up, giving love and credit to these people that deserve it the most,” Daniels emphasizes.

In addition to being thankful for these incredibly kindesses, part of our role as the current generation of “witnesses” is to support those who endured the terrible past. By interacting with and taking care of both the victims of the war and those who risked their lives to save them, we ensure that the memories are preserved and not forgotten.

For more information about From the Depths, click here.

The Jewish Comedian Who Joked About Hasidic Women Being Physically Assaulted