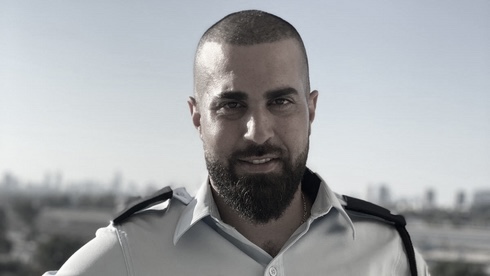 Tragedy struck the Bnei Brak and entire Jewish community on Tuesday when a Palestinian terrorist arrived on the scene with the goal of killing Jews.

Unfortunately, he succeeded in killing four people before two officers on a police motorcycle confronted him. One of those officers was caught in the crossfire and died of his wounds on the way to the hospital while his partner, the second officer, succeeded in killing the terrorist. The slain officer was named Amir Khoury, age 32, a Christian Arab who literally gave his life in exchange for protecting countless others that could have been next.

Israeli Police Commissioner Kobi Shabtai spoke with his family — he is survived by his parents and two sisters — saying, “Alongside the tragedy, it is important for me to tell you that your son saved the lives of many civilians,” Shabtai says. “His actions will become a legacy and memory of heroism for the whole country.”

A group of Bnei Brak residents went to Nof HaGalil in northern Israel on Thursday to attend his levaya, to pay their respects to the righteous individual. Thousands attended the funeral including Bnei Brak Mayor Avraham Rubinstein.

This isn’t the first time Khoury saved lives either. In the past, he also saved a man from drowning. It’s clear this man is a hero and a big loss for the Israeli police force and world as a whole..