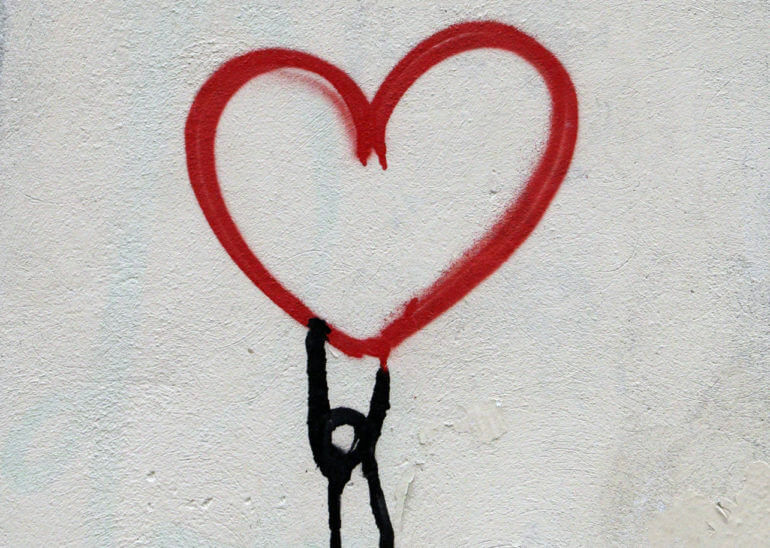 How Much Compassion For Others Does Judaism Require Us To Have?

Judaism says we are supposed to be compassionate, but I feel overwhelmed by all of the world-wide tragedies lately. Is there room to sit out emotionally or do I have to be engaged in grieving with the rest of the world?

Thanks for your question. Being compassionate is an obligation. God’s “attributes,” listed in Exodus 34:6-7 are “Hashem! Hashem! Compassionate and gracious God, distancing anger, abundant to perform kindness and truth, preserving kindness to the thousandth generation, forgiving iniquity, transgression and sin. He forgives (those who return to His Torah but those who do not return) He doesn’t acquit…” Compassion is very the first one! We are commanded to “walk in God’s ways” (Deuteronomy 8:6), meaning that just as God is compassionate, so must we strive to be compassionate (Sifre Deut. 49).

Our obligation in compassion includes specific actions. The Talmud in Sotah (14a) tells us, among other acts of compassion, that just as God comforts mourners, so should we. So, you can’t opt out of being compassionate and comforting those who are grieving is part of that. But do you “have to be engaged in grieving with the rest of the Jewish people?” I’m not so sure that’s even a thing.

Have you ever paid a shiva call? (I assume that you have.) The mourners are sitting on low chairs, their garments are torn, they’re not wearing leather shoes. When you come in, you don’t take off your shoes, rip your shirt and sit on the floor. You sit in a regular chair and act like a regular person, just a bit more subdued than you might otherwise be.

I hate to use this as an example but it fits so perfectly. Just this morning, right before I sat down to write this, a colleague told me about an untimely loss in her community. A young person passed away suddenly. Not only does this child’s nuclear family live in my colleague’s town, so do two of the child’s aunts and uncles. I think we can picture this as concentric circles of mourning. In the innermost circle is the immediate family, who will be sitting shiva and dealing with the loss most intensely. The next circle is the extended family, who are impacted fairly directly; it’s still emotionally devastating, just not to the same degree. Then there’s the rest of the community, all of whom are affected, though they’ll pay their shiva calls and for the most part return to their normal lives. (Classmates of the deceased may require grief counseling.) I’m in an even further outside circle – I was saddened to hear the news and think it’s a terrible tragedy, though I don’t know the people involved so I’m not directly affected at all. You’re in perhaps the outermost circle; you didn’t hear about it on the phone from someone who was clearly upset. You heard about it from me, rather objectively, and I spared you many of the details because I don’t think this is the place to share such things. At the very least, I hope you thought, “That’s so sad.” Such would be the reaction of a compassionate person. But no one is expected to jump from one circle to another.

This is what it’s like with all tragedies, from the micro (like a loss in someone’s family) to the macro (like a plague or an invasion). A person of compassion doesn’t say, “I don’t care about what’s happening in Ukraine because it doesn’t affect me.” A person of compassion cares. But there are concentric circles – those in Ukraine, those with family there, those of Ukrainian descent, etc. Your degree of emotional investment will vary, but it just shouldn’t be apathy.

As we’ve discussed in the past, mental health is just as real and important as physical health. Mental health issues can lead to a lot of leniencies in the law for those to whom they legitimately apply. Let’s say you had a shiva visit to make but you were in bed with the flu. You could legitimately not make the visit and no one would fault you for it. In such a case, you would just express your condolences later, when you were feeling better. The same standard should apply to mental health. If you lack the emotional bandwidth to process yet another tragedy, you should take a mental health break. That’s not the same as not caring, it’s just dealing with it later.

The Talmud tells us that if two people are lost in the desert and there’s only enough water for one to survive, you’re not supposed to share your canteen (Baba Metzia 62a). This doesn’t invalidate our obligation to save others, it’s just that the obligation also applies to ourselves. If there’s only enough water for one, you keep it for yourself rather than dividing it into portions too small to be useful.