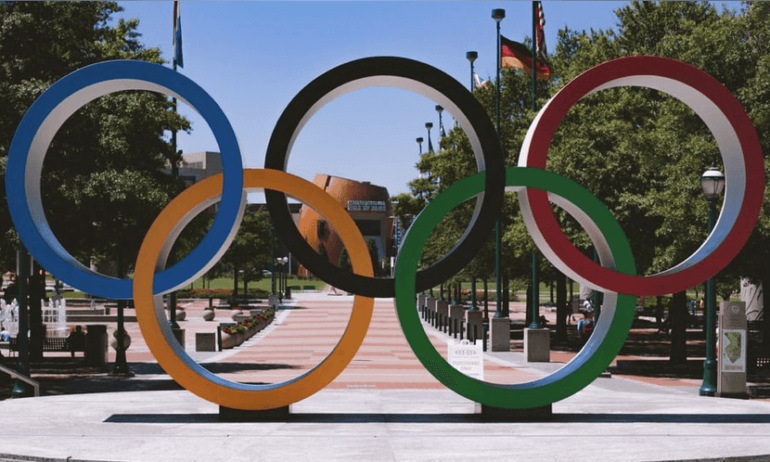 Why is No One Talking About the Human Rights Issues at the Olympics?

Flip through the news and you’ll see that the winter Olympics are in full force. You will hear recaps of who won which medal and who fell flat. At the same time, there seems to be an alarming silence around the very controversial choice of location. The Olympics this year is hosted by China, a country accused of genocide and human rights violations by many leading countries in the world.

Because of their human rights violations, some countries have declared a diplomatic boycott, which means that while they are not telling their athletes to boycott the games, they will not be sending any officials or ministers to attend the games. Is this enough of a step though?

Honestly, it seems to be a bit of a cop-out. It acknowledges that there are atrocities going on in China while not taking the step of preventing athletes from competing. On the other hand, asking athletes not to compete is a big ask. For someone who has devoted their life to training and then qualified to give up their dream might be too much. Is it smart to protest when it comes at a great personal cost?

While there are some that would argue that the best way to create change is through collaboration, the IOC has come under criticism for choosing China once again to host the Olympics. Perhaps collaboration towards change was the goal when China hosted the Olympics in 2008, however we now know that there is little evidence that any positive changes took place.

In fact, prior to the 2008 games, as part of their ‘newfound openness,’ China said they would allow protest parks. Two grandmothers, took the government at their word, and applied for permission to protest a controversial housing project. Not only were they not given permission, they were sentenced to one year of ‘re-education through labour’.

So, if collaboration toward change didn’t seem to work, is boycotting a better plan of action? And should a person take action when it comes with such a price? While we may not be faced with the moral decision of competing or boycotting the Olympics this year in Beijing, we are all in our own lives at one point or another faced with the dilemma of taking a stand for what’s right when it may come with a big price tag.

In the Torah, Moses was presented with this dilemma as well. He grew up in Pharoah’s home as the child prodigy, being groomed for leadership. Then he went out and noticed a Jew being viciously beaten by an Egyptian. If you were his strategic advisor at the time, what would you have told him? Likely you would have said to him, ‘Moses, wait, either find a time when you can talk to Pharoah and implement systemic changes or wait, Pharoah isn’t going to live forever. You will be the next leader. You can change things that way.”

What does Moses do? He goes and he kills the Egyptian to save the Jew’s life. With that action, he goes from child prodigy to fugitive. Suddenly he’s on the run and has to hide to save his own life. What did he achieve? Wouldn’t it have been better to just hold his peace and let the Egyptian kill the Jew and wait for the right moment to speak to Pharoah?

Looking back, we know that Moses became the archetype for freedom fighters throughout history. Why? He took action because he cared. He didn’t stop to strategize in the heat of an important moment. There is a time and place for that, but in this instance, he took action because his heart bled for a fellow Jew being beaten up. He couldn’t stand by and wait while someone else was suffering.

There’s a cute story that may demonstrate this point further. A grandmother was walking past a park and she sees a small child fall and start to cry. She walks toward the child and says to the adult helping the child, “Don’t worry, he’ll be fine.”

As she gets closer though, she breaks out into a panicked run, shouting, “Is he okay, is he okay?”

The adult asked, “You said he’ll be fine. What changed?”

To which she responded, ‘It’s my grandson!”

When it was just a kid, it was easy to stay calm and say it will all be fine but when she realised that it was her grandchild, she cared so much more.

When we care, we take action. Sometimes when we see something wrong taking place, we think, “I’m just one person, what difference can I make?”

But the question we should be asking ourselves is, “Do I care enough to take action?” We are connected to those around us and if we care, we should take action.