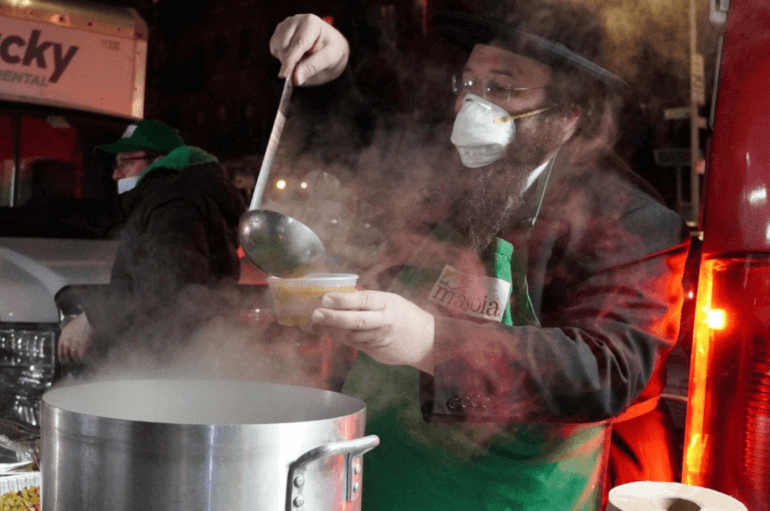 Masbia, a nonprofit kosher soup kitchen network and food pantry, sent volunteers and a truck filled with grocery items for the victims who were displaced in the Bronx fire. The founder and director, Alexander Rappaport, is a Viznitz Hasid who created Masbia to have an attractive and clean restaurant where any hungry New Yorker can eat a free kosher meal. To keep the meals free from charge, no registers are kept onsite.  Over two million meals a year get served to people of all backgrounds and religions in their three NYC locations.

When the fire broke out in the Bronx, Masbia helped out right away. The truck was loaded with canned and dried goods, including cereal and applesauce. Masbia also sent over a hundred Betty Crocker pizza cookers since it is an easy way for families to cook hot foods in their hotel rooms, according to Rappaport. The Masbia messengers added a special message on the boxes that said, “With love, from the Jewish community.” Additionally, many Muslim families were affected by the fire, so the Masbia volunteers already understood their religious dietary restrctions, which made the process easier. Click here to see the video.