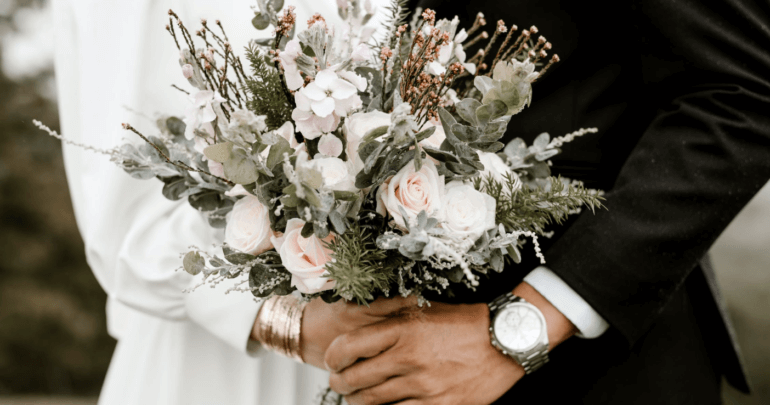 Are Orthodox Jews Allowed to Marry Their Cousins?

Are Orthodox Jews allowed to marry their cousins?

Thanks for your question. Before I discuss the Torah’s viewpoint, I’d like to debunk some misconceptions about “cousin marriage,” AKA consanguinity.

From the fact that you asked the question, I infer that you are either looking for clearance to marry your cousin or, more likely, you find the idea of consanguinity “icky” and fit only for hillbillies. If such is the case, you’re looking at the topic through the lens of your cultural biases.

Marrying one’s cousin is culturally significant in about 20% of the world population, mostly in the Middle East, West Asia and North Africa. It’s not at all uncommon in Tunisia, Morocco, Lebanon and the United Arab Emirates. Around 20 percent of marriages in Turkey and in Egypt are consanguineous, as are more than 50 percent of marriages in Pakistan!

But that’s not all! You know who else permits marrying your cousin? All of Europe, including England and France. Australia. Brazil. India. Japan. Canada. Mexico has perhaps the highest rate of consanguineous marriages among non-Islamic countries.

You know which countries don’t allow cousins to marry? Russia, China and North Korea, which are not generally viewed as countries that others wish to emulate.

As for the US, 20 states, plus the District of Columbia, permit consanguinity; another six states permit it under certain conditions, usually relating to age and/or fertility. So go for it in Alabama, Alaska, California, Colorado, Connecticut, Florida, Georgia, Hawaii, Maryland, Massachusetts, New Jersey, New Mexico, New York, North Carolina, Rhode Island, South Carolina, Tennessee, Texas, Vermont and Virginia, and maybe in Arizona, Illinois, Indiana, Maine, Utah and Wisconsin. One caveat: North Carolina doesn’t permit “double-cousin marriage,” i.e., when two siblings from one family marry two siblings from another family so that the children of each couple has the same sets of grandparents. (You know, that everyday occurrence.)

If you’re wondering about Israel, consanguineous marriages account for single digits of marriages among Jewish Israelis (1-2% of Ashkenazi, 8-9% of other Jews – highest among Jews from Iraq, Iran, Yemen, Tunisia and the former Soviet Union), 49% of Druze Israelis, 40% of Muslim Israeli Arabs and 29% of Christian Israeli Arabs.

Historic reasons for consanguineous marriage have included higher compatibility, identical social relationships, marital stability, family solidarity, financial considerations and more. A little more than 10% of the world’s population have either married a close relative or are the child of such a marriage. Famous people who married their cousins include Franklin Delano Roosevelt, Edgar Allen Poe, H. G. Wells, Kevin Bacon and Christopher Robin Milne (son of A. A. Milne and namesake of the protagonist in the Winnie the Pooh books). Most people would agree that Albert Einstein was pretty smart and that Charles Darwin knew something about heredity but they each married a cousin.

“But what about all those health problems?” I hear you ask. Well, actually… consanguinity isn’t as risky as most people think and genetic testing is popular in Orthodox circles –  this article for more info. (First cousins have 12.5% of their DNA in common. Yes, that leads to a slightly higher risk of birth defects but it’s not as much higher than among unrelated parents as most people would expect (3-4% for unrelated parents vs. 4-7% among first cousins).

So why do we think consanguinity is so dangerous? According to Prof. Alan Bittles of Murdoch University (Perth, Australia), the highest rates of consanguinity occur among the rural poor (e.g., the aforementioned hillbillies), who tend to have poorer health in general. The medical risks of consanguinity have been exaggerated because people attributed causal relationships to them based on anecdotal evidence (correlation not proving causation and all that).

So my first observation is that if you have a problem with cousin marriage, you’re in disagreement not only with most of human history but also with the overwhelming majority of the world today. You agree with about half of the states in the USA and a few dictatorships, and that’s about it.

My second observation is that yes, the Torah permits consanguinity. But regardless of whether the Torah permits or prohibits it, the Torah’s definition of incest need not align with yours, with society’s, with science’s, or with anybody else’s. I’ll explain.

The world is like a big picture. It’s too big to take it all in at once so by necessity we break it down into pieces. If I make a jigsaw puzzle of the world and you make a jigsaw puzzle of the world, each of them will assemble to form a complete whole but my pieces may not interlock with yours. Let’s look at the rules of kashrus. Scientific taxonomy divides animals into mammals, birds, reptiles, amphibians, etc., while the Torah uses beasts, flying things, creeping things, sea creatures, etc. In science, a cow, a bat, a mouse and a whale are all mammals. In the Torah, they’re a beast, a flying thing, a creeping thing and a sea creature, respectively. There’s more than one way of dividing the world.

So when the Torah says “None of you shall approach one of his own flesh to uncover nakedness” (Leviticus 18:6), you might think, “Well, of course that should include cousins!” But the world can be divided in many ways and the Torah’s definition of incest isn’t based on endogamy (“inbreeding”). For example, relations with one’s stepmother are considered incestuous in Jewish law even though there’s no genetic link at all. This remains true even if she becomes widowed or divorced. The basis of the law isn’t fear of three-headed mutant babies, it’s respect for one’s father.

The Torah could permit consanguinity even if the threat of birth defects were more significant. (Permitting it wouldn’t obligate anyone to do it.) If a real danger were discovered, rabbis worldwide would probably speak out against it. This is because we have a general obligation to protect our health and safety (Deuteronomy 4:15). For example, the Torah doesn’t specifically prohibit smoking but any 21st-century rabbi should tell you that it’s prohibited because we now know it’s unhealthy. Similarly, 100 years ago, if you asked your rabbi about rolling around in a big pile of radium, he probably would have said, “Have fun!” Today, he would no doubt say, “What are you nuts?”

So, consanguinity isn’t as dangerous as many assume and most of the world doesn’t have a problem with it. There’s really no reason for the rabbis to legislate against it. If it were actually demonstrated to be as harmful as many think, then it would be one more thing permitted by the Torah but prohibited under rabbinic law.

Bottom line, “Are Orthodox Jews allowed to marry their cousins?” Yes, if they live in New York, Canada or Brazil. But not if they live in Michigan, Oregon or North Korea, because Orthodox Jews are obligated to obey local laws, so long as it doesn’t violate Torah law (see Talmud Nedarim 28a, Gittin 10b, Baba Kama 113a and Baba Basra 54b-55a).

Meet The Lubavitch Hasidic Woman Who Animates For Marvel