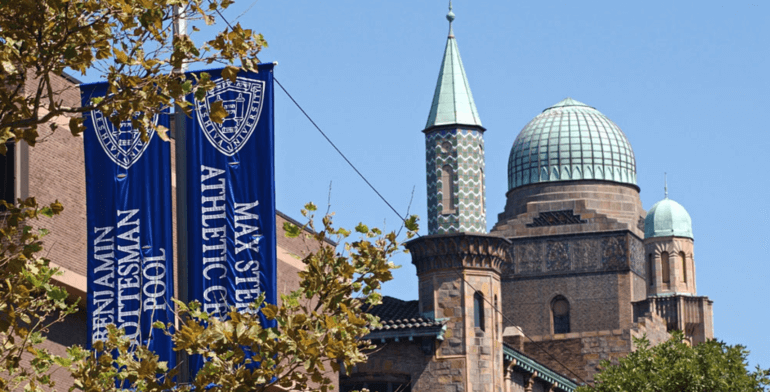 The NCAA Third Division Yeshiva University Maccabees, led by 6’7″ senior point guard Ryan Turell of Sherman Oaks, California, are enjoying a historic 36-game winning streak. Turell is already being scouted by the NBA, and is hoping to be the first Orthodox Jewish player in it. “I want to show kids like me it could be done. I want to be a Jewish sports hero,” says Turell. He already is, as the basketball programs at his alma maters attract observant players from throughout Southern California, and the Macs have recently been featured in The Wall Street Journal, CNN, New York Daily News and more. This is in part due to the vision of coach Elliot Steinmetz, who dreams of a division title. His expansion of the Yeshiva recruiting pool meant convincing the most talented Orthodox Jewish players not to sit on a bench at a Division I school but instead to “stay home” and play. All players must balance Torah and secular studies with their athletics. Steinmetz is also familiar with Orthodox Jewish athletic wins in his personal life. His son Jacob is the first known practicing Orthodox Jewish player drafted by an MLB team. Read more here.

This Chicago Rabbi Is Bringing Civil Speech to the Thanksgiving Table