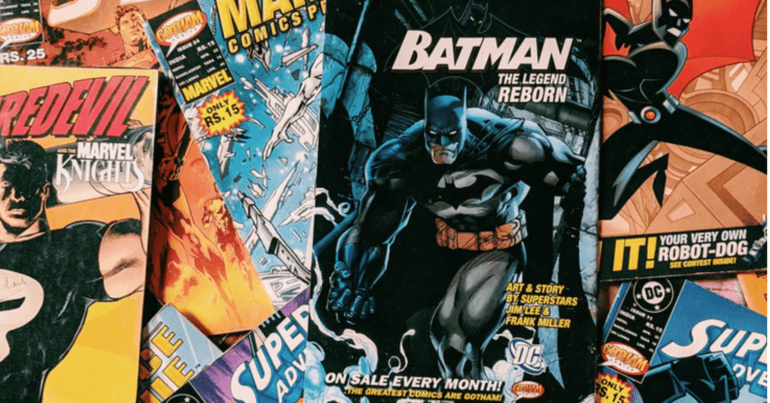 I have a question that’s half Jewish and half superhero. There’s this newish trend to make superheroes not physically perfect. It maybe started with Daredevil and The Eternals specifically included disabled superheroes. This got me thinking about how kohanim can’t have a mum (defect). It seems to me that if a superhero was crafted from scratch, we’d want them to be physically perfect like a kohen has to be. I’m not sure if you have any thoughts on this matter. Isn’t physical perfection sometimes required? Can we make room for that without assuming that it means we don’t value people with disabilities?

Thanks for your question. I’m sure readers are breathing a sigh of relief saying, “Comic books – finally a topic he knows about!”

Before we get to kohanim, let me disabuse you of one misconception – superheroes with disabilities are far from a “newish trend.” In fact, they go all the way back to the Golden Age of comics:

There are other cases I could name but I think you get the point.

So yes, while most superheroes are paragons of physical perfection – tall, conventionally attractive, rippling with muscles (and, in the case of women, ridiculously over-endowed) – there has always been a degree of representation. If anything, superheroes represented people with disabilities far sooner and with greater regularity than they did people of color.

Now, as luck would have it, I also happen to know something about disabilities in Judaism, having written on this topic a number of times for my “day job.” I think it’s worth pointing out that a number of Biblical personages also had disabilities:

Again, there are more examples we could give.

Now let’s discuss the obligation for kohanim – Jewish “priests,” who performed the service in the Temple – to be “without blemish.” Leviticus 21:16-21 tells us:

Hashem said to Moshe, “Say to Aharon: ‘For the generations to come none of your descendants who has a defect may come near to offer the food of his God. No man who has any defect may come near: no man who is blind or lame, disfigured or deformed; no man with a crippled foot or hand, or who is hunchbacked or dwarfed, or who has any eye defect, or who has festering or running sores or damaged testicles. No descendant of Aharon the kohein who has any defect is to come near to present the offerings made to Hashem by fire. He has a defect; he must not come near to offer the food of his God.

So are we kidding ourselves when we say that the Torah values all people equally?

Generally speaking, disabilities are a non-issue. Yitzchak and Yaakov continued to be patriarchs despite their disabilities. In a dispute that was evaluated by King David in II Samuel 19, Mefiboshes’ disability wasn’t taken into account, neither to his advantage nor to his disadvantage. Of all the things for which Moshe is criticized – his marriage, the lack of meat, his appointment of leaders, etc. – his leadership is never questioned based on his speech impediment.

If disabilities are generally a non-issue, why should they disqualify a kohein from performing the Temple service?

The answer can be found in the Rambam’s explanation for this mitzvah in Moreh Nevuchim 3:45:

In order to raise the estimation of the Temple, those who ministered therein received great honor: the priests and Levites were therefore distinguished from the rest. It was commanded that the priests should be clothed properly with beautiful and good garments, “holy garments for glory and for beauty” (Exodus 28: 2). A priest who had a blemish was not allowed to officiate. Not only those who had a blemish were excluded from the service, but also – according to the Talmudic interpretation of this mitzvah – those who had an abnormal appearance. This is because the masses do not judge a person by his true form but by the perfection of his bodily limbs and the beauty of his garments, and the Temple needed to be held in great reverence by all.

The operative phrase is, “the masses do not judge a person by his true form but by the perfection of his bodily limbs and the beauty of his garments.” The true flaw, we see, lies not in the kohein with visual impairment, the kohein with hearing loss or the kohein who can’t walk. Rather, the flaw lies in the masses, who are unable to judge the true value of a person, substance rather than surface. Moshe had a valid concern when he said the people wouldn’t listen to him because of his speech impediment (Exodus 4:10); there are people who won’t pay attention to anyone but an eloquent speaker. God responded by appointing Aharon to act as Moshe’s spokesman. Similarly, there are those who wouldn’t give the Temple the proper awe if those officiating didn’t meet their idea of perfection. These people may be wrong, but their opinion – however misguided – was widespread enough that it needed to be accommodated in order for the Temple to be held in proper esteem.

The exclusion of “imperfect” kohanim – a concession to a flaw of the masses – is anomalous. Generally speaking, the Torah demonstrates a rich history of inclusion. Throughout Tanach, a person’s disabilities are almost always incidental. They rarely impede one’s ability to participate in the fullness of community, up to and including leadership.

So if you can shoot fire from your fingertips and you also have scoliosis, go ahead and be a superhero who wears a back brace. Nothing in the Torah suggests you can’t.