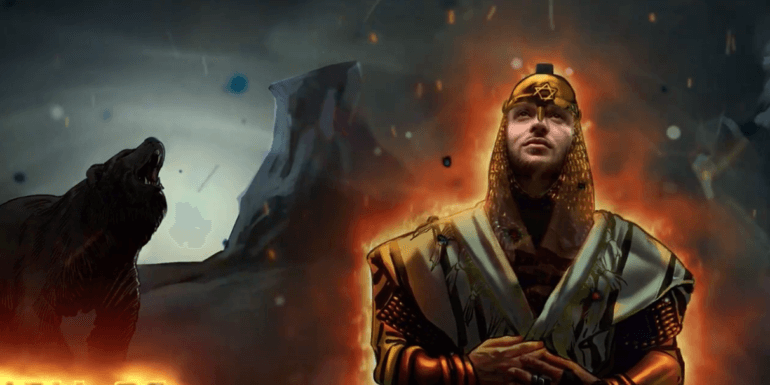 Could Black Sabbath co-exist with the Jewish Sabbath? Hashem’s Warrior, aka Dovi Halpern, the Orthodox Jewish metal artist you can rock out to while brooding under your hoodie, thinks so. 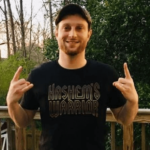 Halpern doesn’t look like the heavy metal type. At least stereotypically, that’s true. He’s 32 and a happily married Orthodox Jewish father of two. He lives in Atlanta, Georgia, where he was born. He attends Congregation Beth Jacob and Chabad of Toco Hills, and works as a digital media recruiter.

Halpern grew up in an Orthodox home, but didn’t really buy-in before studying in Israel. He says he was fortunate to find a path that resonated with him, however, at the time he left for Israel, he didn’t know how he’d end up. So, he decided to bring his new keyboard. He was either going to come out of yeshiva religious, or learn the keyboard.

Turns out, he did both.

What arose from this combination is Hashem’s Warrior, which is the name of Halpern’s metal music and apparel project. “Conceptually, I’d like to think of it as a revolution in perspective,” he says. “My goal is to reframe how we as Jews see ourselves. No longer as struggling Jews. But as Hashem’s Warriors.”

His music deals with the struggles of today’s Jews in a raw and vulnerable way. The lyrics are real; they deal with anxiety, stress and depression.

“While you might find it surprising, the aha moment and the template for my songs are Tehillim.” He  was reading Tehillim last Elul and thought: these are the original heavy metal lyrics. “At the time, I was in a place in my life when I felt spiritually numb. Lamenting that, yearning to be connected, I devised this project to fuse what I found spiritually uplifting and emotionally moving.”

Where did his fascination with heavy metal begin?

In high school he was introduced to the genre of Scandinavian “melodic” death metal. That means it’s not only screaming–there is a fundamentally melodic sound to it. “One of the songs I liked is called In Pursuit of Vikings by the band Amon Amarth,” he says. “They sing (or scream) about the viking life, and even the Norse god Oden. I’d always thought that if a Scandinavian death metal band could call out to a Nordic mythological god, it would be amazing to make metal music that lets Jews scream out to Hashem, and deals with the real problems of life.”

What made this project possible was infusing typical metal lyrics with ideas rooted in Torah.

“Dovid HaMelech writes about the woes of his life,” says Halpern. “This is already akin to lyrical death metal.” At least one big difference between metal lyrics and Tehillim is that Dovid HaMelech always ends with a positive thought. That’s why Halpern’s lyrics deal with a personal struggle, and the refrain always affirms a spiritually healthy response.

Halpern can present a message rooted in Kabbalah and Chassidus that reaches an audience that perhaps nobody has successfully hit spiritually before. “I am not the first to do Jewish metal. However, I’m dedicated to the mission of reaching Jewish hearts that are buried in darkness.”

His favorite metal band is called Children of Bodom. “They have a really cool style which sits at the epicenter of heavy guitar riffs, tasteful and catchy melodies, synthy keyboard, and classical and jazz influences. My aim was to take the uniqueness of COB’s style, and attempt to replicate it in something more commercial sounding, like Linkin Park, so as to have a universal appeal,” he says.

Incidentally, there are several death metal artists from around the world that regularly ‘like’ his Chassidus meme quotes on Instagram.

Hashem’s Warrior means something different to everyone–from not saying Lashon Hara, to having more Jewish pride. “For me, Hashem’s Warrior embodies the Tanya’s concept of the beinoni. Chabad says this is a person whose ‘spiritual labors have brought him to a level of perfection in thought, word and deed, despite his still-active evil inclination.’”

In other words, this is one who strives for light in spite of the darkness. It’s someone who is beset by tests in front and behind–and this Jew has the heroic quality of being constantly ready for battle. “For anyone who needs to see this quality in him or herself, I’m publicizing the ideal to help people in their spiritual lives. To shift our perspective from the ‘Struggling Jew,’ to ‘Hashem’s Warrior.’”

As he was creating his second song, he experienced the need for his music first hand.

“We had an incident here in Atlanta,” he says. “A young person in our community tragically took his own life. It haunted me. Yet, when I heard the story of what happened, I was really inspired by him. Here is someone whose walls were crashing down, and in those last hours, what was he doing? Attempting to connect with Hashem. He was in the shul reading the Torah, putting on tefillin, grasping for light amidst the surrounding darkness. That horrible scenario got me thinking: I have work to do here. To bring a message to souls lost in the darkness.” It impassioned Halpern while writing his second song, Dveikus in the Darkness.

“We’re looking at a spiritually numb generation,” says Halpern. “There’s an inner scream within us all beneath the numbness, which is yearning to connect with Hashem. This is the scream I’m trying to harness in my music. I think we all wish we could genuinely scream to Hashem.”

Halpern’s meaningful metal carves a path forward for those Jews who are struggling in situations that the lyrics relate to. But instead of emptiness and rage, deal with a spiritually healthy response.

So far, Hashem’s Warrior has released two songs, ‘From This War’ and ‘Dveikus In The Darkness.’ Stay tuned–there might be a new song out for Chanukah. 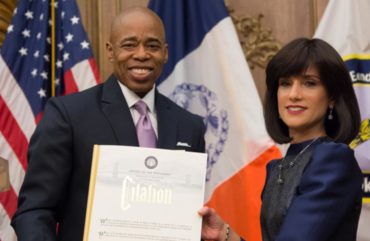 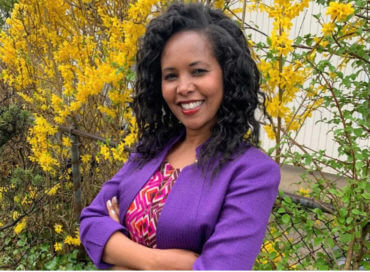 This is What it Was Like in Lev Tahor

Jew in the City Featured in CNET on My Unorthodox Life