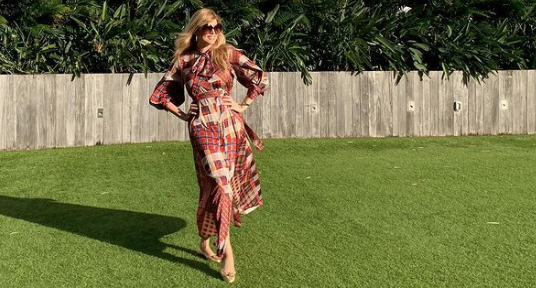 Maritza Rodríguez was a Colombian telenovela star, until she became Sarah Mintz, left her career and made aliyah with her Orthodox Jewish family. After converting from Catholicism to become a religious Jew, she got married to Emmy Award-winning television producer Joshua Mintz, had twin sons and moved to Miami before coming to Israel. Mintz says, “For more than 25 years I had a career as a TV host, actress, model, in the theater on the red carpets…but none of it compares to what I have today.” Her 1.6 million followers on Instagram now watch her page for religious lifestyle advice, modest fashion tips, and information about Israel and Judaism. Read more here.

How a Billboard in Oklahoma Ignited My Path to Observance