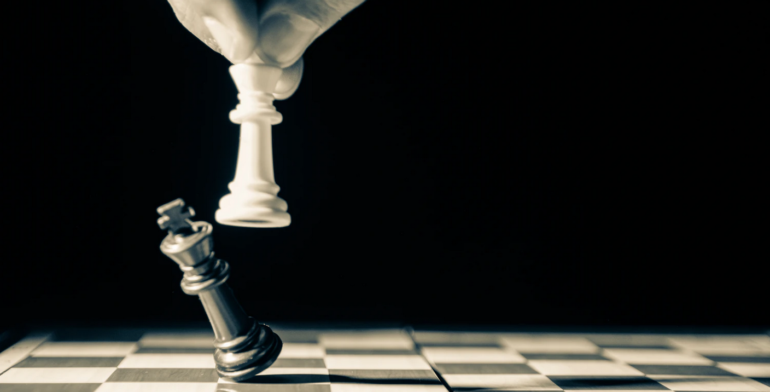 People are having a hard time being decent to people they disagree with these days. How does the Torah say we’re supposed to treat our enemy?

I don’t always have the full context of a reader’s question and am sometimes left to infer some details. In this particular instance, because of a preliminary email, I know exactly what was bothering this person, and it hurts.

The writer of this letter was disturbed by the uncivil manner in which some commenters on Facebook were responding to recent posts in this very column. They were being very rude to one another and, I guess, to me. (I field the questions and hand them over to the Jew in the City team, who post and moderate them. I rarely even reply to comments, preferring to let the work speak for itself.)

But as painful as it is that people can’t dialogue politely, it’s even more painful that this correspondent was left with the impression – rightly or wrongly – that this makes them “enemies.” That’s a strong term.

We are all familiar with the Torah’s command that we love our fellow man as we do ourselves (Leviticus 19:18). This is in many ways the central tenet of the Jewish faith, referred to by Rabbi Akiva as “the great principle of Torah.” In Talmud Shabbos (31a), Hillel paraphrases this mitzvah to say that we should not do to others that which we dislike, calling it “the entirety of the Torah.” Most world religions have adopted similar ideals, calling them “the golden rule.”

The mitzvah to love one another is codified by the Rambam in the Mishneh Torah (Hilchos Deios 6:3), as follows:

Each person is commanded to love every member of the Jewish people as he does himself, as per Leviticus 19:18, “Love your neighbor as yourself.” Therefore, one should praise others and be careful with their money just as he seeks his own honor and watches his own money. One who acquires honor by degrading another person has no share in the Next World.

If loving our fellow is one side of the coin, its opposite is Leviticus 19:17, the prohibition against hating a fellow Jew.

This mitzvah is not exactly what many people think it is. What’s actually prohibited is to hate another Jew specifically “in one’s heart” – that is, secretly. It’s wrong to pretend to be someone’s friend while you secretly loathe them. Of course, while hating someone explicitly would not violate this prohibition, it would still be contrary to our obligation to love one another.

The Torah says not to hate “your brother,” by which it means that we’re only talking about people who are “in good standing.” It’s okay to hate evil people like murderers, sex offenders and embezzlers. In fact, we’re supposed to despise those who show disdain for God as per Psalms 139:21 (“Hashem, don’t I hate those who hate You…?”).

The reason for this mitzvah is actually because God wants us to love one another. If we can’t do that, we should at least be honest about it. It’s better to be upfront and tell someone, “I have a problem with you” than it is to smile and seethe. Secret hatred increases animosity rather than eradicating it.

This mitzvah is codified in Hilchos Deios 6:5:

If one Jew hates another in his heart, he violates the Torah prohibition of “Do not hate your brother in your heart” (Leviticus 19:17)….

So how should we treat those we hate? Here’s where things get interesting.

Exodus 23:5 tells us, “If you see your enemy’s donkey struggling under its load…help him, even many times.”

Let me re-read that, just to make sure I’ve got it right… If I see my enemy’s donkey struggling under its load, I’m supposed to help him, even many times. Yup! That’s what it says, all right! But why?

You’ll note that I snipped the verse a little for easier reading. In its entirety, the verse asks, “If you see your enemy’s donkey struggling under its load, would you not help him?” This is a rhetorical question. There’s simply no way that a God-fearing person could let an innocent animal suffer simply to spite someone else, whom he doesn’t like.

The verse concludes, “Rather, you shall repeatedly help, along with him.” “With him” indicates that we don’t have to do it all by ourselves – the owner of the donkey is expected to help. He can’t just assume that we’re going to do all the work, and that’s not what the Torah requires of us. If the owner is unable to assist, rather than unwilling, then we would have to do it ourselves in order to spare the donkey from suffering. (It should be noted that this mitzvah isn’t limited to donkeys; that’s just an example of an animal commonly used to bear loads.)

The purpose of this mitzvah is to cultivate the trait of compassion within us – both towards animals and towards people. We can’t let the donkey suffer and we have to help someone we don’t like. The Torah wants us to take the high road, which makes us better people. In fact, the Talmud tells us that if we have the opportunity to assist either a friend or an enemy in such a case, we must assist the enemy first in order to overcome our natural inclinations (Baba Metzia 32b).

That last part is key. There are people we’re allowed to hate – specifically, those who have wronged us – but that doesn’t mean that we shouldn’t work on it!

Consider, if you will, the story from Talmud Brachos 10a. Rabbi Meir was being harassed by a local street gang, who caused him much grief. Rabbi Meir prayed that they should die, which would end his suffering. His wife, Bruriah, chastised him that his prayer was incorrect. She cited Psalms 104:35, pointing out that it says, “let sins disappear from the land,” not that sinners should disappear. The verse concludes, “then there will be no more evil people” – because without sins, formerly evil people will become good! Therefore, Bruriah concluded, Rabbi Meir should pray not for his tormentors to perish, but rather for them to repent! This he did, successfully.

When I see people fighting and sniping in the comments, it makes me sad. We’re not enemies. We haven’t wronged one another. We just have differences in opinion. And even if you think someone else is totally off-base, their opinions are rarely so reprehensible that it calls for animosity.

In Proverbs 15:1-2, King Solomon teaches us, “A gentle reply turns away wrath while a heinous word stirs up anger. The tongue of the wise produces knowledge, but the mouth of the fools pours out nonsense.”

We have the power to choose whether our words will turn away wrath or stir up anger. We can try to engage others wisely or we can escalate a situation foolishly. We can try to mend fences and reach a meeting of the minds, or we can antagonize one another into being enemies. But in a world where so many are already against us just for existing, why would anyone want to make an enemy of a potential friend?