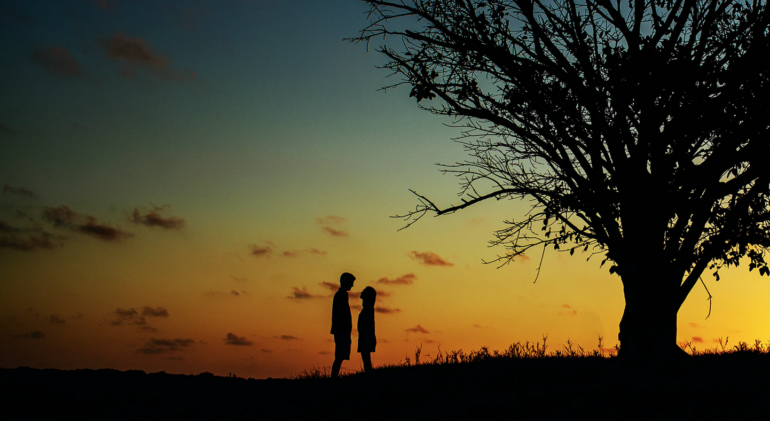 Does Orthodox Judaism believe that marriages should have romance?

My wife and I have a friend we’ve known for about three decades. While she’s now the wife of a well-known local rabbi, we met her as a college student going through all the usual dating drama that one does at that stage of life. As an observant Jew, it never occurred to this girl to celebrate holidays like Christmas or Halloween but man, did she have a problem skipping Valentine’s Day!

You see, our friend wasn’t raised religious and while she knew logically that celebrating Valentine’s Day was no different from observing Easter St. or Patrick’s Day, on an emotional level she felt like she was missing out. She was in a relationship with a young man and she wanted the dinner out, the flowers, the card, the chocolates and the stuffed animals that we perceive to be tokens of romance. Of course, equating these things with romance is actually pretty arbitrary.

Look at the other things we take for granted as tokens of romance. People have given one another flowers for a variety of reasons throughout history – Reuven gave his mother a bunch of mandrakes as an aphrodisiac in Genesis chapter 30 – but giving bouquets as we do now only dates to Victorian times. Similarly, greeting cards only date to 1849, modern chocolates to 1847 and stuffed animals to 1880, though they really only took off in the 20th century.

All these things, which we equate with that big night out, are actually pretty arbitrary. They represent a tiny blip on the timeline of history, as well as a certain Western Eurocentric outlook. There’s simply no compelling reason that such practices need transfer to the Jewish community or to anyone else. That doesn’t mean that Jewish tradition has no concept of romance; it just might not include Michelin, FTD, Hallmark, Lindt or Russ.

Let’s look at a bunch of other things that might suggest that romance is alive and well in Jewish thought.

I. Consider, for example, the holiday of Tu b’Av. The Gemara (Taanis 26b) tells us that the happiest day on the Jewish calendar is 15 Av. Two joyous occurrences related to love and marriage fell on this date: (1) the pre-conquest restriction that daughters inheriting property had to marry men from their own Tribe was lifted on 15 of Av and (2) the ban on girls from other Tribes marrying men from the Tribe of Benjamin (following a civil war) was likewise lifted on 15 of Av. In celebration of these expanded marriage opportunities, unmarried girls would celebrate by putting on white dresses, all of which were borrowed from one another. This was so that no one would focus on the girls’ financial means, as nobody knew whose dress belonged to whom. The girls would dance and they would call out to the young men not to look at physical beauty, but at their character and upbringing. They would quote the verse from Proverbs (31:30), “Grace is false and beauty is meaningless; a woman who is dedicated to G-d is the one to praise.”

II. Rav was the teacher of Rav Kahana. In a strange Talmudic incident (Brachos 62a), Rav Kahana eavesdropped on Rav’s intimacy with his wife because he felt he needed to learn the proper way to behave in the bedchamber. When he heard Rav talking and laughing with his wife, Rav Kahana exclaimed, “It’s as if he’s never tasted this dish before!”

I’d like to focus not on the fact that Rav Kahana wanted to learn the proper art of lovemaking but on what he observed. Think of the cliché popular from song: “like a virgin,” “it feels like the first time,” etc. 2,000 years before those pop hits were composed, that’s what Rav was experiencing with his wife, and that’s what caught Rav Kahana’s attention. You want to tell me that Rav and his wife didn’t have romance? I strongly suspect that they did!

III. Bereishis Rabbah 68:4 tells that story of a Roman noblewoman who asked Rabbi Yosi ben Chalafta what has God been doing since He created the world. Rabbi Yosi replied that God spent His time matchmaking who would marry whom. The noblewoman scoffed and said, “I can do that!” She then lined up her many servants and announced, “Okay, you and you are now married, you and you are now married….” The next morning, all of her servants appeared for work battered and bruised from their squabbles, complaining that they didn’t want to be married to their assigned partners. From this, the noblewoman realized that getting the right couples together truly is a Divine task.

The reason for this mitzvah is to support the institution of marriage. We want the new couple to get off on the right foot and yanking the husband out of the house so soon in the relationship doesn’t help matters any. This is unlike the case of one who betrothed a woman but did not yet marry her or one who built a house but didn’t live in it yet. In those cases, the soldier is excused from battle because we’re afraid he might get killed and someone else will marry the woman or move into the house. In the case of the newlywed, we want to enable him to spend time with his wife, so he’s exempt even from non-hazardous duties.

The mitzvah to spend the first year rejoicing with one’s wife continues to apply today. I was working as a college recruiter when I got married and I took no overnight trips that entire year. The Torah doesn’t want a man to go out of town on business for weeks, making his wife feel neglected. As newlyweds, they’re supposed to spend time together, so the Torah enables them to do so. (And yes, I’d say that newlywed women shouldn’t take overnight trips, either. I’m just describing things the way the Torah phrases them because such was the natural order of things at the time.)

V. Waxing more modern, I’d like to tell a story about Rabbi Aryeh Levin (d. 1969), known as the Tzaddik of Jerusalem. Now I’ve heard two versions of this story. In one, Rabbi Levin was at Shaarei Zedek Medical Center with his wife, who was limping. When asked by the doctor what was wrong, the rabbi replied, “Our foot hurts.”

I think either version of the story, however, makes it clear that the Tzaddik of Jerusalem understood some things about relationships way better than most of us do.

VI. I’m just going to toss out there the laws of family purity, which ensure that “absence makes the heart grow fonder” and that a couple’s desire for one another is regularly renewed.

Yes, romance exists and it’s part of Jewish tradition. The Zohar (I, 91a) tells us that a husband and wife are a single soul, separated by their descent to Earth and ultimately reunited by God. That’s not a sentiment expressed by a religion with no romance in its heart. But there’s something important to remember: romance isn’t real life. Love songs are almost always about courtship. [Outliers like Paul Anka’s 1974 hit “(You’re) Having My Baby” tend to be rather insipid.] There simply aren’t any romantic songs about doing the dishes and paying the bills, caring for sick children, getting old and moving down to Florida, waiting for the grandkids to come visit. It’s easy to be wowed when someone is wining and dining you but real love isn’t like that. It’s a partnership and, ultimately, far more gratifying.