How Do You Honor Your Parents When You’ve Chosen A Different Path In Judaism?

How do you balance Kibud Av v’Em when you’ve chosen a different path within Judaism than your family?

No joke, this is literally the first “Ask Rabbi Jack” question I ever received, though I received it from the parent. Decades ago, on my very first day working for NCSY (the youth movement of the Orthodox Union), I received a call from the mother of one of the members. She was concerned about the negative (to her) influence that she perceived the organization was having on her son. Specifically, she was in the year of mourning for a parent and would attend services each morning in her Conservative synagogue to recite Kaddish. She was bothered that her teenage son would no longer help to make that coed minyan. This, she perceived, was causing a schism in their relationship.

During the course of our conversation, she said, “It’s not like I don’t understand where he’s coming from. I was raised Reform and my mother and I used to go to McDonald’s for lunch on Saturdays. When I became Conservative and wouldn’t go anymore, she said it was taking me away from the family. I said it’s not taking me away from the family, I just have to do what I think is right.”

I said, “Did you listen to what you just said? It’s not taking your son away from the family, he just has to do what he feels is right.” She conceded that this made sense and that it was something she needed to think about. I assume that things worked out okay because her son continued to be involved in the organization and I never got another call along these lines from her.

The obligations to honor and revere our parents are actually pretty clearly delineated. “Honor” includes standing up for our parents, always speaking politely to them, bringing them food and drink, not waking them up (unless they desire to be awoken) and caring for them in their elder years. “Reverence” includes not sitting in a parent’s seat, not calling them by their names, not contradicting them and not speaking to them harshly. You’ll notice that blind obedience is not on the list.

This isn’t to say that one shouldn’t obey one’s parent; generally speaking, one should. There are, however, circumstances in which one need not, or even may not, obey a parent’s directives.

First and foremost, one may not listen to a parent if one’s mother or father instructs him to violate Jewish law. This is derived from Leviticus 19:3, “A person must revere his mother and his father, and you must keep My Sabbaths.” Basically, if you’re a private, your parents are captains. Privates have to obey captains but both privates and captains have to obey God, Who is the General.

Cases where one need not obey a parent include such issues as what shul to attend, where to learn Torah, who to marry and where to live.

Basically, the obligation to obey a parent only pertains to things that are for the parent’s benefit. (See Rashba and other Rishonim on Yevamos 6.) If your father says, “Bring me a cup of coffee,” bring him a cup a coffee. But if your mother says, “I don’t like that shirt; don’t wear it,” it’s not really the mother’s business and you don’t have to listen. (There is an opinion that disobeying any directive from one’s parents violates the obligation to revere them but apparently that’s only if one openly defies them by stating their intention not to comply, so let’s leave that part aside.)

Here’s where things get complicated. You don’t have to listen to your parents about who to marry – unless the person you intend to marry will be a disgrace to your parent. Then you shouldn’t marry that person. You don’t have to listen to your parents about wearing that shirt – unless wearing it causes your parent distress. Then you shouldn’t wear it. (See R. Akiva Eiger.) This leads to a gray area. One has to weigh one’s own inconvenience against the parent’s potential distress. It might be a relatively small thing to defer to a parent’s wishes about not getting one’s ears pierced; humoring a parent by going to medical school might be quite another thing.

This also applies to religious matters. We already said that one can daven in a different shul if he or she feels that’s the place most conducive to their own prayers, but what about taking on chumras (stringencies) against a parent’s wishes? Here also, things must be judged on a case-by-case basis. If one’s parent doesn’t want him or her to observe a chumra because of general anti-religious biases, then one should not heed the parent (see Teshuvos v’Hanhagos, Shevet Levi, et al.). If one’s parent has legitimate concerns, then one might concede. The Arizal – who was a pretty pious individual by anyone’s standards – didn’t immerse in a mikvah in the winter in order to accommodate his mother’s wishes.

Let’s say your family eats gebrochts (matzah that has been soaked in water, such as matzah balls, matzah brei, etc.) on Pesach and you have chosen to act stringently in this matter and refrain. If your mother is mildly offended that you won’t eat her matzah balls, that’s one thing. If your father yells, “This isn’t Torah! My father ate gebrochts and his father ate gebrochts and I’ll be damned if any son of mine is going to tell me that my Pesach isn’t kosher enough!” Well… then you have to ask yourself whether that’s a hill worth dying on. (I can’t tell you if it is or isn’t.)

Strictly speaking, one must only honor one’s parents in things that directly benefit the parent. Practically speaking, one should try to honor one’s parents by obeying their wishes whenever possible, except when doing so will cause a person pain or financial loss. In religious matters, one is bound by halacha whether or not one’s parents agree. If both the parent and the child observe halacha but they differ in the details, then the child must make a cost-benefit analysis on each individual circumstance, doing one’s best to balance his or her own spiritual growth against not causing a parent distress. 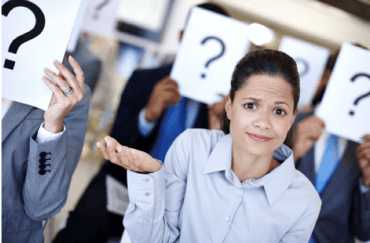 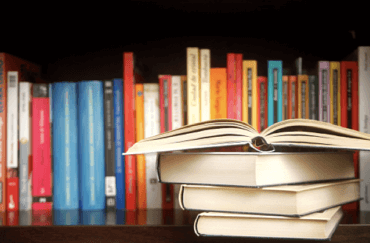 Witness The Magic Of The All Star Awards From Your Home

Letter To The New Yorker Editor: "When One Parent Leaves a Hasidic Community..."