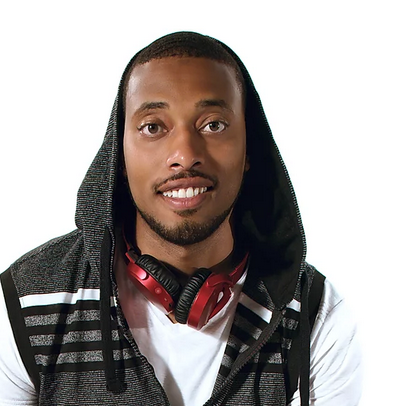 Black Orthodox Jews are under double the scrutiny. By not feeling like they fully fit into either group, they have experienced both the uptick in Anti-Semitism that the last year brought, as well as the roller coaster aftermath of the George Floyd murder and subsequent protests. Raphi ‘Hebro’ Fulcher grew up as the son of two black converts in Crown Heights. Fulcher believes nothing happens by accident. “For whatever reason, my family was chosen to be that example.”

Rabbi JJ Hecht was the Av Beit Din that supervised Fulcher’s parents’ conversion. He told Rafi’s mother he couldn’t promised her a garden of roses. He said, “you’re about to embark on a very difficult journey because no one has ever seen it before.” With a twin sister and four older sisters also born in Crown Heights, Fulcher had a very different experience of a typical Lubavitch upbringing. While his sisters attended Bais Rivka as some of the first African American attendees (one sister was valedictorian), Fulcher left at four years old at attended yeshiva in Charlotte, North Carolina as well as yeshivas in St. Louis. After learning in Israel at Netiv Aryeh and other yeshivas, he returned to New York.

Unfortunately, Fulcher has experienced prejudice within the Jewish community. “The core issue of racism isn’t hatred as much as it is fear of what’s unknown and different. I don’t think the racism that I’ve experienced in the Orthodox Jewish community comes from a hateful place…[but] a place of not having much exposure to something outside of their dalet amos.”

While some people may not have had the exposure, many are open to meeting him and finding out more. “There can be people who feel a certain way about me when they first meet me because they come to the situation with their prejudices against African Americans…but after a few minutes of getting beyond what you see on a surface level and speaking to me and hanging out, I’ve seen it transform.” Fulcher is heartened by this. “It’s inspired me and given me hope that things could change with education and exposure.”

Some of Fulcher’s hope stems from the upbringing his parents gave him. “[They taught me], there’s an importance in being able to see Hashem in the ‘Other.’ Fortunately, my parents raised us not to judge Judaism by the Jews. Don’t let their actions determine how you feel about Judaism as a lifestyle, as a whole, as a story, as a history.”

Fulcher sometimes wonders why he finds himself in this situation. “It was a journey to come to the realization that my experience as a Black Orthodox Jew, …[was] to be very Afrocentric and very aware of our history. We are Jews by the way we live and the actions that we take upon ourselves. But we are still who we are. We are still black. We still have a culture.” This unique position gives Fulcher the opportunity to be a bridge. “I live on both sides of Eastern Parkway. There’s an ear that I can grab a hold of on both sides, and if I were just on one side or the other I don’t know that I would be able to accomplish [the same thing].”

While being both a Black man and an Orthodox Jew is complex, for Fulcher, “there’s no going back.” Knowing what he knows about the gifts of being a Torah Jew, Fulcher is committed. “It just happens to be where I live, I happen to be the other. My skin color hasn’t always made me the other. I’ve always known from a very young age that Avraham, Yitzchak, Yaakov…they definitely were brown. I’ve never felt alien to my identity, that’s just the space I’m in.”

While he was once told by a rabbi that he didn’t look like a mensch when he came to school one day with cornrows in his hair, he was allowed to keep him, because one of his trusted rebbes had his back. The esteemed Rabbi Herber told the Rosh Yeshiva that there was no reason that Fulcher couldn’t keep them. Rabbi Hecht also was very involved in the family’s involvement with Bais Rivka. “He stood up for my family. He made sure that everyone knew that we are here like everyone else.” Sometimes people in the Black community will tell him about bad experiences they have had with religious Jews. He has the opportunity to set the record straight and tell them not to let one bad experience color their judgment.

“You know what fear stands for? False evidence appearing real.” Fulcher would love to see more education in the Orthodox Jewish community “on what Black people have been through in this country.” Their awareness of slavery, Jim Crow, and other historical issues pertaining to the Black experience would change things. “I’m certain that if more of the Orthodox community knew [about the painful history], their views would be different.” While ended 150 years ago, it took another 100 years before Blacks in the South could vote without interference. “If more Orthodox Jews understood it, we would be partners.” This is a goal that is particularly important to Fulcher. “You’ll find that we have a lot in common. It takes just a minute to learn about the other community. There [would] be a lot more sensitivity, outreach, and support.”

Fulcher is a musician and uses these themes in his music, including in his new song Souljas. “It’s Hashem’s style to give you the remedy before the ailment. The first story we have, we all just walk through the desert, we’re all at Har Sinai, and…we’re all waiting to hear the truth. And the first thing that we hear about in Bereshis, is a story about man [and] his intersection with fear and how he dealt with it. And how fear leads to anger and anger leads to violence.” When Fulcher learned this, he was blown away by it and was inspired to write it. This part of the Torah is held by Jews, Christians, and Muslims alike, and Fulcher wants to inspire all these communities to rethink anger and violence accordingly.

The most-repeated mitzvah in the Torah epitomizes Fulcher’s perspective: love the stranger, because you were once strangers. “If you really take the whole Torah seriously, how do you ignore this overemphasized idea that how you treat the other is everything?” If the African American community would recognize that Jews want to seek justice and this peace, Black attitudes towards Jews would change. Likewise, if Orthodox Jews could recognize “there is so much less to be afraid of than they think,” they would see a bridge that could be created “that I think could bring Moshiach. That could set an example for the world. Show the world how it’s done by facing our fear.”

I Dreamed Of Being A Singer; How I Came to Terms With Kol Isha