I Dreamed Of Being A Singer; How I Came to Terms With Kol Isha

Throughout my childhood, I spent a good amount of time hopping around to different churches, reading up on meditation and mindfulness, and surfing the web for some kind of answer to life’s most basic question: “Why are we here?” I’d pose this question to my friends and teachers, but I didn’t feel satisfied with anyone’s response.

And for some reason, something inside me pushed me to keep looking. Being that I am a creative person, I found meaning in music, poetry, and nature. Yet I knew that there must be more than just FEELING within meaning. What was I supposed to DO? What ACTIONS could I take to lead a more meaningful life?

At 15, I noticed there was one thing I was yet to discover: my Jewish roots. Thank G-d, my amazing parents instilled within me a sense of Jewish pride, which is what sparked me to begin a journey to explore my heritage.

“Okay Google, what do Jewish people do?”

While browsing the Internet, I came across two major sites that caught my eye: JewintheCity.com and Chabad.org. I spent the next couple months engrossed in articles on Jewish spirituality.

Jew in the City not only offered engaging and meaningful videos and essays, I even had the opportunity to chat with Allison via e-mail where she answered some of my questions and encouraged me to get more involved with my local community.

After years of searching, I finally found that elusive meaning in my own backyard. I transferred from public school to a Jewish school in 11th grade to quench my thirst for Jewish knowledge. After growing close a few Chabad families in my hometown, I chose to attend  a Chabad women’s seminary in Israel upon graduating from high school. I am so grateful for Jew in the City’s important work, to my family, and to the local shluchim who supported and continue to support me in my journey.

As an 18 year old, my questions entering seminary  and acclimating into an observant life were, “What do I have to do with the ones who came before me? How do my strengths, talents, interests, and personlity fit into Jewish life? Do they even have a place? What’s my role?”

As a kid, I always dreamed of becoming a singer and spent most of my time outside of school on stage, taking part in community theater and performing for local restaurants and venues. I thought about eventually going on to audition for Broadway, XFactor, or something of the sort.

So when I decided to take on the dictates laid out in Jewish law, including “kol isha” (the prohibition for a man to hear a woman sing), I struggled to envision my dream unfolding in this newfound lifestyle I chose.

On one hand, I knew that Judaism supports and even insists on using one’s talents, but that meant no longer performing for mainstream audiences. “Keep the dream, and just shift the vision?” I thought. Being that I never imagined performing for exclusively women, I was unsure how it would all play out.

During my second year in Israel, the vision became a little more clear. I was going to channel this passion, and even expand it. The richness and absolute beauty I found in Judaism empowered me to not just continue singing, but to create original lyrics and tunes. In addition, I came to realize that yes, I am by definition a musician, but that is not the only thing I am. I hold many other responsibilities and possess other inherent qualities. Firstly, I am a human on this Earth with certain duties. I am a Jew. I am a daughter. I am a friend. I am a sibling. I am someone G-d created me to be. I also happen to be a singer. Hence, the most fundamental thing I have learned so far in this journey, that no minute in Hollywood could teach me, is that a person’s worth is not dependent solely on what he/she does or produces, but who they are at their core. A person’s value lies in his/her essence. One’s actions and talents are mediums to be able to express that.

While finishing up my last couple months in Israel, I recorded my first single, “Dare to Believe” after being deeply moved by the Torah teachings of Chassidus. I was hesitant, yet excited, to share my first original piece. There’s always that voice inside our head that tells us our aspirations are unattainable, but the good news is that there’s always the other voice that follows, the voice of truth, talking back to it… I chose to run with that voice.

“Dare to Believe” is available on streaming platforms like Itunes, YouTube and Spotify to be accessible to women anywhere. This song expresses the idea that within a person is a piece of the Infinite that remains untouchable, even through life’s curve balls and struggles. No challenge can stand in between human and her G-d given potential.

“Dare to Believe in yourself, because this world could use your help.”

The more I discover and “own” my Judaism, the more I feel I “own” my voice (not just in a literal sense), and the role it plays in my life: a way to acknowledge the Creator and celebrate my inheritance.

I am eager to share an original album in the fall, in hopes of reaching women with messages of positivity, sincerity and owning one’s individuality to be of service to others.

To anyone working toward growth and achieving personal aspirations (that’s all of us!), whether big or small, go get em’- and know that G-d is the biggest Supporter in your endeavors. 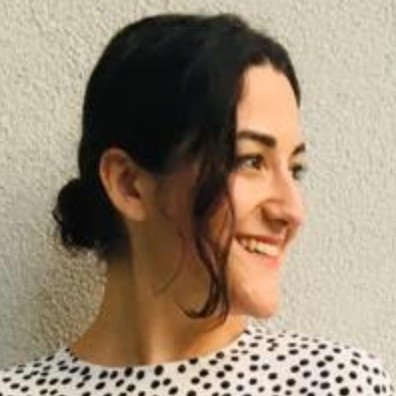 Briele Esther is a singer/songwriter from Phoenix, Arizona. Her inspiration comes from the deep Torah teachings of Chassidus which she hopes to convey through original lyrics and melodies. Briele has performed for various events and is currently working on an album to share this coming year. She aspires to uplift women of all backgrounds with meaningful music and genuine soul. 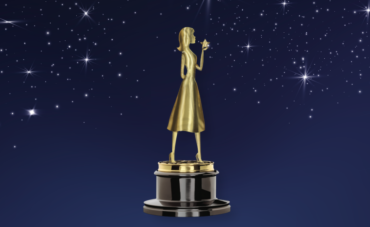 In A Time Of Fierce Politic Divide, Both Sides Can Contain Truth

What It's Like To Grow Up As A Black Orthodox Jew