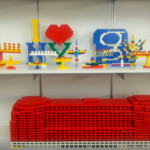 What’s it like to be Jewish and work at Google? While the holidays are often celebrated by the “Jewglers,” as they are known, Chanukah is particularly special. Google itself has shared photos from its offices in New York, Tel Aviv, Mountain View and Dublin, showing employees celebrating the holiday. Menorahs are displayed, made of cool “geeky items”, using everything from lava lamps to LEDs and Legos.

Matthue Roth, an observant Jew who works at Google, told us that “Google has been hugely supportive of the Jewgler community (yep, that’s what we really call ourselves). There are a bunch of us, a sizable enough group to have a regular afternoon minyan and a sukkah. They also make sure there’s kosher lunch for us each day, even the minority of minorities, kosher vegetarians (hi there!). There’s also several Muslim Googlers (yep, Mooglers) who are registered for the kosher program, which has become a brief, but really awesome, bonding experience for all of us dietary weirdos.”

Roth also describes the epic Chanukah parties that Google throws. “We have a yearly Chanukah party! In past years, we’ve had performers such as the Maccabeats and Neshama Carlebach and Josh Nelson. There’s also a weekly Google-wide get-together called TGIAF — the “A” is for “almost,” since, fortunately for us shomer Shabbos types, it’s on Thursday afternoon — and, once a year, the Jewglers throw a Chanukah-themed TGIAF with (kosher!) sufganiyot and other Chankuah goodies.”

What makes Chanukah particularly Google-rific? “There’s also a tradition of making Lego menorahs, although that feels kind of superfluous to say, since everyone at Google seems to be obsessed with Lego. I will say that the person in charge of menorah-specific Lego projects really knows what she’s doing. She found some Rambam-style menorah pieces, and all kinds of tiny Lego flames. She totally Google-brainstormed the issue of how to build a menorah out of Lego.” 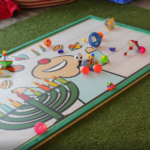 Dreidel spinning contests are also a thing, and Jewglers can stake their spinning skills against each other for an extra dose of holiday fun. Latke cookoffs have also been a source of entertainment and deliciousness, as the site Search Engine Roundtable has shared. 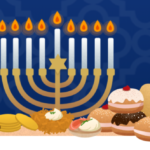 There are sometimes digital goodies for those who visit the site. “I can’t speak for the team, but I do know there are some Chanukah-specific Easter eggs (ugh, I know, bad term) planted all around Google products that pop up around Chanukah. Try asking Google Assistant to play dreidel! I’m told that the sound designer actually spun a ton of dreidels on all sorts of surfaces until they got the sound that sounded most dreidely.”

Google once posted on Google+ “Jewglers (Jewish Googlers) in the Google New York office celebrated Chanukah with a Latke Cook Off competition between Zagat-rated chefs Eli Sussman from Mile End Deli and Einat Admony from Balboosta restaurant, as well as an A capella concert by Pella. Google wishes everyone a Happy Chanukah, filled with tasty latkes, musical cheer, and lots of light for a year ahead!”

Please note: Employees are not speaking on behalf of Google, or in an official capacity, or as anything other than as individuals who work at Google.