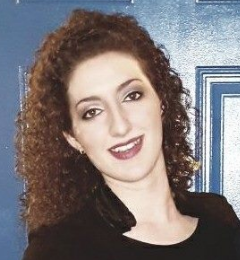 Hinda Kohn is a college student in Florida with an unusual hobby for an Orthodox Jewish woman. As a beekeeper, she has faced a battle to enjoy her hobby fully. “It’s something I’ve always wanted to do. I had to convince my parents of it first.” While bees are usually tame and don’t bother people unless they are provoked, they had safety concerns. “She’s a typical Jewish mother who is concerned.” But eventually, Kohn persisted and won out. That was when she was 16. Now she is up to three beehives.

Her interest in beekeeping began when she was a child. “I first read about it in a book when I was eight years old. I was like, I want to do this. I’ve kind of never really stopped.” While other hobbies have come and gone, beekeeping has been a constant. “This one just stuck. It’s been five years now and I really like it. They’re really nice to be around. It’s interesting to watch them work. It can be rewarding, but it can also be really challenging because the bees are having such a difficult time these days.” After some online research, Kohn and her older sister contacted a local beekeeper’s association and got equipment on eBay. It has grown since then.

For those who are looking to start up their own beekeeping enterprise, they will have to check their local laws, as well as with their neighbors. “In Florida, the only association that can keep you from having bees is a homeowner’s association. Other than that, no one can stop you, not even city government.” Because bees are endangered, the state does what it can to help beekeepers. “Many apartment buildings allow residents to keep hives on the roof.” Kohn recommends researching the climate where you live as well, as that winterizing a hive may be necessary. “In the winter, they huddle up. They hibernate also and eat the honey that they stored, from 40 pounds of honey up to 200 pounds of honey. Sometimes they even look dead, huddled up on the floor of the hive.”

While a typical hive starts out the size of a grapefruit or a watermelon, it can grow to 40,000 bees within a month, as 700 eggs are laid per day. Kohn got a veil and suit at her mother’s insistence and uses a smoker to keep the bees calm. “Usually the only reason that I wouldn’t use a smoker is when I’m in a rush. It’s a mistake I would not like to repeat!” Stings are a regular part of the beekeeping process. “I do know of a beekeeper that didn’t get her first sting for four and a half years.” The bees need to travel within a 1 mile radius to find nectar. “It used to be that there was usually something blooming at all times for the bees to eat…in an urban area or a suburban area, you can usually rely on something to be blooming. In a place like Manhattan, I don’t know that they could find much to eat…here in Hollywood, Florida, there’s Mango trees [and more].”

So why are bees becoming extinct? “A lot of theories point to heavy pesticide use and herbicide use. I have noticed that when my neighbor sprays, I will lose a colony, or the colony will go crazy.” While some say it could be factory farming, chemicals or climate change, the beekeepers have their work cut out for them regardless. Kohn’s honey is enjoyed by her family and friends, and the beeswax has been used for havdalah candles, furniture polish, lip balm and more. She also uses the pollen to good effect. “With honey, you can use it for almost anything from food to a really bad burn.” People even use it to heal bee stings and as a face mask. “Some people even use it the same way they use neosporin. I’ve never tried it.”

While a bunch of Kohn’s friends are inspired by her beekeeping, none have tried it themselves. When she one day is married with children, she might reconsider, or else keep the bees at her parents’ house and check on them every few weeks. “Obvsiously I’d keep them at a bit of a distance. But kids love them.” A beekeeper needs to check on the bees once a month to make sure that it is not infected, or else the bees and their hives must be destroyed. Kohn takes her work with Hashem’s creatures seriously. “Any way that I can help [the world] is good. Maybe this is part of it.” She also feels more in awe of God’s creativity, seeing how the bees understand each other. It also brings her closer to Hashem, as that her most religious moments come when the bees are angry, “I’ll start saying kriyas Shema. I mean it!”

What If God Asked Me To Sacrifice My Child Like He Asked Abraham?