The month of Elul has crept up on us, taking us on the annual plunge from summer fun to pre-Yom Tov planning. Beyond arranging for menus and buying new outfits, Elul is the season of Cheshbon Hanefesh – the accounting of our actions we do each year, in order to prepare for Rosh Hashana spiritually. With the New Year less than two weeks away, the shofar is blown every weekday at the end of morning prayers to signify the call to action: it’s time for teshuva. While certain aspects of shofars are well-known, here are five fast facts you may not have “heard” before.

Did you know that Ashkenazi and Sephardi Jews use two different kinds of horns, while Yemenite Jews use yet a third kind? According to the Talmud, kosher shofars can be made from any Bovidae animal except a cow. While Ashkenazi Jews use the simple, shorter horns of the Ram, Sephardim only use straight versions of rams horns. Yemenite Jews have a tradition to use the longer, curlier horn of the Kudu, a type of African antelope. Can you use antlers? No. They don’t have the ability to be hollowed out and cannot produce sounds the way that the horns of Bovidae can.

2. Yes, Deaf People Can Do This Mitzvah! 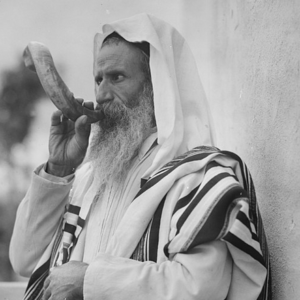 “Look inside a Rosh Hashana machzor and read the translation of the blessing over the shofar. The mitzvah l’shmoa, to hear it, rather than to blow it. According to the Mishna in Rosh Hashanah, a person doesn’t fulfill the mitzvah unless they can hear it, but what about a deaf person? Can he fulfill the mitzvah to hear it? While most halachic authorities say that deaf people are exempt, there are some opinions that state if a person can hear at all without a hearing aid, they should take out the hear aid out to hear what they can. The Aruch HaShulchan says that such a person should blow the shofar for themselves in order to fulfill the mitzvah.” 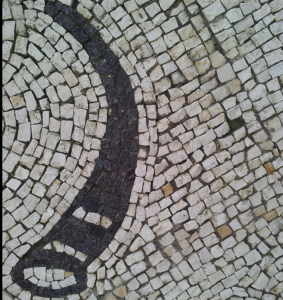 Shofars in Star Wars? Watch Return of the Jedi and you’ll see some loveable Ewoks blowing shofars as a call to battle. Better yet, it is commonly thought that the sound editor used the same shofar track as was used in Cecil B DeMille’s The Ten Commandments, as recorded by composer Elmer Bernstein, who was Jewish. According to an NPR interview with him, Bernstein had “20 to 30 rabbis” on the film scoring stage with him to record the sounds. Shofars have also played a role in Planet of the Apes, among other films and television series. 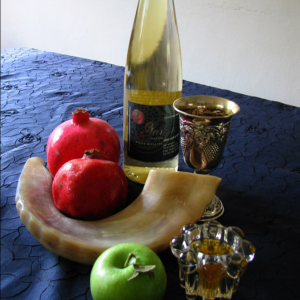 According to Kaballah, when Hashem breathed life into Adam during creation, the sound that was heard was that of the shofar. It is known to be one of the first musical instruments ever used widely and would mark beginnings of battle. Today, we use it to mark our “spiritual warfare” against the Yetzer Hara, or evil inclination that prevents us from growing closer to Hashem. In terms of its musicality, while shofars are played like brass instruments and some consider them to be one (in that they are only able to make one sound), in actuality it is a wind instrument or a world instrument, according to professional clarinetist, Rivki Silver. “While a shofar may share the same sound production method as brass instruments, because of its historical and religious significance, it transcends being categorized like a typical western instrument.” 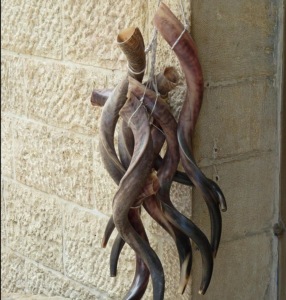 Every Rosh Hashana, we try to concentrate as the Baal Tokea blasts out a tekiah gedolah – the longest sustained shofar blast. Have you ever wondered what the longest amount of time is that someone has blown a tekiah gedolah before? While the Guinness Book of World Records contends that it is 1 minute and 22 seconds, this video seems to challenge it with 20 additional seconds. The Guinness Book also records the world’s largest group of shofars being blown at once – 1,022 at the same time!

The Professional Tennis Player Who Became An Orthodox Jew

Kosher Food In Charleston: A Wonderful Southern Vacation Awaits You!