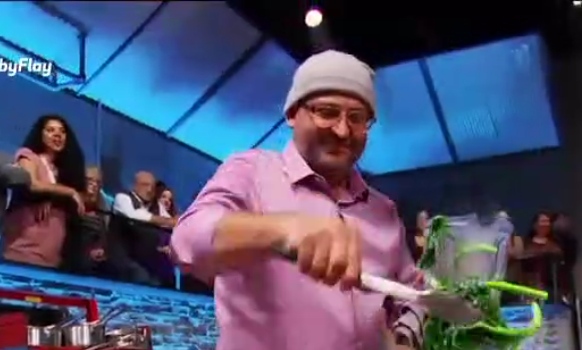 For the last four years, chefs from all over the world have tried to “Beat Bobby Flay” on the Food Network show of the same name. They have gone head to head with this culinary legend, cooking red prawn, scallops, fish squid, and pork chops. But last week, Top Chef alum, Alex Reznik, of LA and NY’s respective hottest kosher restaurants Ditmas and Bedford, tried his hand. New York native Reznik previously won over television audiences with his performance on Top Chef. The creative mind behind the menu at La Seine and a graduate of Le Cordon Bleu in Las Vegas took on the king of Southwestern cuisine on his show, and beat out a first-round competitor to face off against Bobby himself.

Cooking kosher on TV (the ingredients he used were all kosher) was something Alex was thrilled about, “I’m very proud of my heritage. It was a privilege and an honor to have my daughter, parents and grandmother featured [on the show too].” How it came about was a surprise. “Bobby Flay reached out to me,” says Reznik. Bobby wasn’t necessarily looking to do a kosher episode, but the opportunity was too great for both Bobby and the Food Network. “The term ‘kosher’ has become identified with greatness. ‘Let’s keep it kosher…’ You can use it for anything and it doesn’t have to pertain to food anymore.”

The show’s best twist is that in round one, Bobby chooses a secret ingredient that the competing chefs must face off with, but the winner gets to face off with Bobby, with the signature dish of their own choice. Reznik’s pick? His famous Matzah Ball Soup. Reznik differentiates it by using duck consomme, crispy chicken skin and seltzer. Bobby didn’t stand a chance against Reznik’s innovative techniques to let his fluffy dough “rest,” even with limited time in the competition. The judges’ unanimous result was that Reznik’s matzah ball soup was the winner. 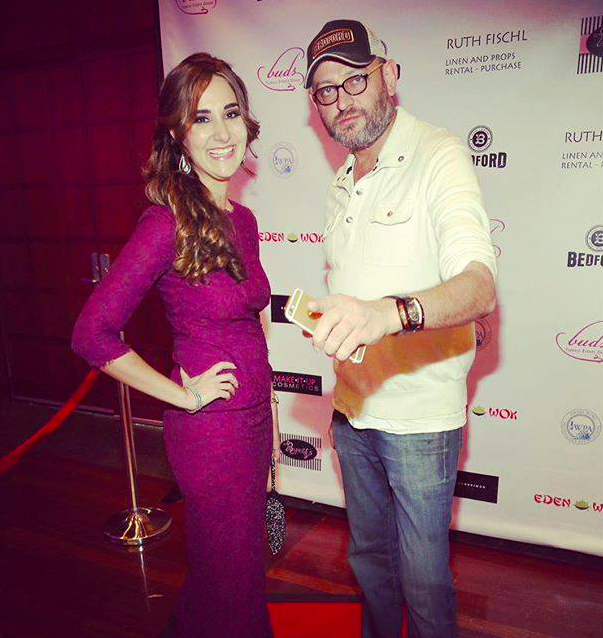 Reznik is using his fame to fan successes as both LA’s Ditmas and Queen’s Bedford, as well as his newest venture, Bedford on Park in the heart of Midtown Manhattan. While the restaurants have a casual bar menu, they are known for bringing innovative food to a crowd that thinks of kosher fare as predictable, even if it is delicious. Ditmas and Bedford take this to the next level: Reznik’s signature lamb bacon, dirty Russian potatoes and other innovative dishes attract even non-kosher-keeping customers who are eager for more. When Reznik was growing up, he lived in Brooklyn, on Ditmas Avenue—hence the name of his Los Angeles restaurant. The restaurant is on the corner of Bedford Street and Pico Boulevard, and since Reznik’s family lived on Bedford Avenue in Brooklyn, his New York outpost was appropriately named.

Reznik was raised Conservative and would go to shul “here and there,” he said. His family kept kosher at home, but not necessarily when they ate out. Despite years of trying and appreciating all different cuisines, he now has a specific focus. Reznik explained that while kosher food initially came to him, he now keeps his restaurants kosher as a legacy for his daughter. “The restaurant had to be kosher. Kosher just felt right. My soul feels better when I cook kosher. Feeding Jewish people is always a mitzvah.” Reznik’s Jewish journey is a work in progress, but his commitment to creating food that is halachically sound as well as creative and fresh is unwavering. “The restaurant got me closer to my Jewish roots,” he said. “Back then I wasn’t cooking kosher. I always cook kosher now.”

Reznik fell in love with the Jew in the City mission when he first heard about it and even catered our Orthodox Jewish All Stars event last year. “We’re both breaking down the stereotypes about Jewish culture,” he explains. Wishing Alex continued success in making kosher all the more tasty.

Sicily's Lost Shuls & Other Orthodox Jews in the News