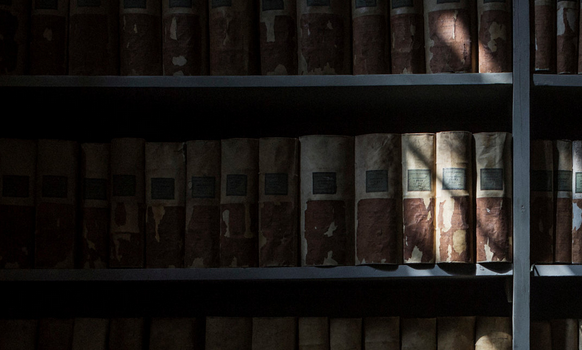 Sicily’s Lost Shuls & Other Orthodox Jews in the News

Orthodox young women, many of whom traditionally wear only skirts outside the house as an expression of modesty, increasingly wear pants under those skirts. This gateway between the world of skirts and the world of pants — clothing items that, for some Orthodox Jews (though by no means all), represent the difference between a religious lifestyle and one that veers toward the secular — could be more than a passing fad.

Sicily’s Jews were banished from this island in 1492, the victims of a Spanish edict that forced thousands to leave and others to convert to Roman Catholicism. More than 500 years later, a nascent Jewish community is planting fresh roots in the Sicilian capital, reclaiming a lost, often painful, history, this time with the aid of the local diocese.

The narrative debut for documentarian Joshua Z. Weinstein is almost entirely spoken in Yiddish and is set in the Hasidic community of Brooklyn’s Borough Park. Combining beautiful fluidity and documentary emotional realism with subtle narrative structure, Menashe premiered at the Sundance Film Festival where it was acquired by A24, the indie distributor’s first foreign-language buy. The film opens on July 28.

#96 is Orthodox Jewish All Star and Jew in the City board member Sarah Hofstetter, CEO of 360i, one of the most prominent leaders on the digital agency scene. She has built 360i into a thriving multifaceted operation offering integrated services ranging from advertising to media and business transformation, as well as given back to the community by spearheading an innovative education program designed to help nonprofits become smarter marketers.

Smart, Successful, Stylish: 4 Women Who Are Killing It Daily at Home and at Work

Orthodox Jewish All Star and Jew in the City board member Joyce Azria was born into the industry—her dad, Max Azria, started BCBG and she served as BCBGeneration creative director for six years. Now with her debut clothing collection, Avec les Filles, launches this spring and she can’t wait to share her Parisian-inspired pieces with the public. Favorite Mom Moment: “Observing the Sabbath with my family is my happy place. For 25 hours we all unplug from phones and cars, and just exist as mom, dad, kids and friends.”